MANILA, Philippines – It was only October last year when Leni Robredo, who was known mainly just as “the late Jesse Robredo’s wife,” stepped on stage at the historic Club Filipino to formally accept the ruling Liberal Party (LP)’s offer for her to run as vice president.

A little over 6 months later, Robredo, officially a veteran of a gruelling national campaign, went on stage once again.

This time, she wasn’t known merely as “Jesse Robredo’s wife” but as Leni Robredo, the front runner in one of tightest vice presidential races the country has seen to date.

“Ngayon, irreversible na na mananalo tayo (Now, our victory is irreversible),” said Robredo in a speech before supporters and the media at the Ateneo de Manila University on Sunday, May 15. Robredo and her campaign team on Sunday, announced a Marcos victory was mathematically improbable at this point, citing data from the Commission on Elections.

(I know that in your hearts, you also know we’ve won. But we always want to err on the conservative side. We don’t want to boast. We will not taunt people and we’ll make sure the numbers are there.) Robredo has had to fend off or downplay Marcos’ claims that the elections were rigged in favor of the LP candidate. Marcos initially led the partial, unofficial count but was overtaken by Robredo hours later. The Camarines Sur representative now has a 6 digit lead over the senator from Ilocos Sur.

But it was Robredo’s other message in her speech that caught the attention of many. 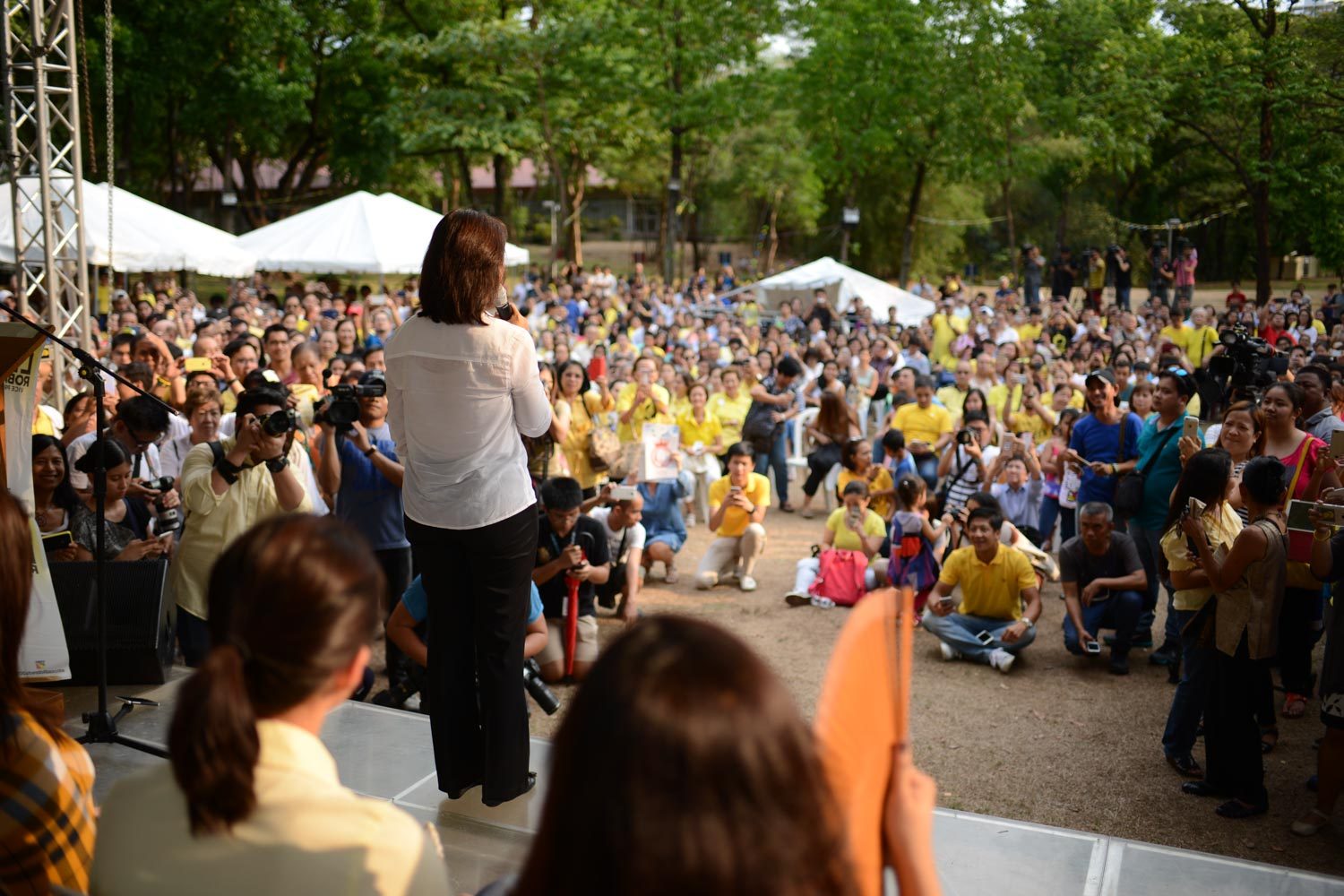 (I have one request. Maybe we’ve forgotten that the elections are over. When I say the election are over, I’m sure you all know that a lot of people bully us on social media, we all know a lot of us are vilified on social media but I ask you to take the high ground. Let’s not pick fights anymore because we’ve already won.)

The past 3 months have seen friendships end – offline and especially online – over what many are describing as one of the most divisive elections in recent history.

(Let’s give allowances because after this comes another stage of our struggle. After this comes a bigger struggle – of making our country whole again. If we continue to pick fights, we’ll just contribute to the divisiveness of it all. We’re prayerful so let’s just pray for them.)