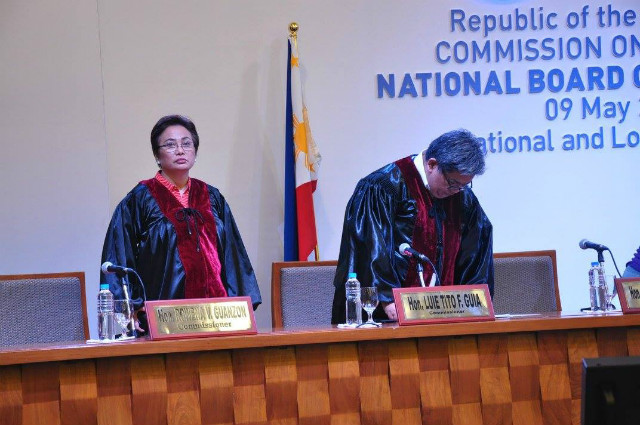 Guanzon, however, clarified that the independent third party, composed of computer experts, should not be a political camp like Marcos.’

“Personally, I favor a third party independent audit to help us also assess the effectiveness  and efficiency of the automated election system that we use now,” Guanzon said in an interview with reporters.

She added: “It should really be part of our work, right? After the elections, we’re supposed to assess, review the election system that we used.”

She said the independent third party could be a group like the Department of Science and Technology.

Her proposal comes after the Marcos camp called for an audit of the system receiving election results.

Guanzon said the Comelec did not vote on Marcos’ appeal during the poll body’s regular meeting on Tuesday.

After the meeting, other Comelec commissioners told reporters to ask Comelec Chairman Andres Bautista for updates on the appeal of Marcos.

Bautista, however, declined to speak to reporters who sent him text messages and waited for more than two hours outside his office on Tuesday.

The Marcos camp claims that a new script introduced into the Comelec’s Transparency Server, which is the basis for unofficial results, could have caused a sudden surge in his rival Leni Robredo’s votes.

Reacting to the Marcos camp’s claim, Bautista earlier said the change in the so-called hash code is only “cosmetic” in nature.

He said it only meant to correct a typographical error in the system, where the letter “Ñ” appeared as a “?” or a question mark. (READ: FAQ: The Ñ issue and alleged fraud in the elections)

Guanzon said the Comelec is awaiting the report of an investigation committee on the hash code issue. – Rappler.com