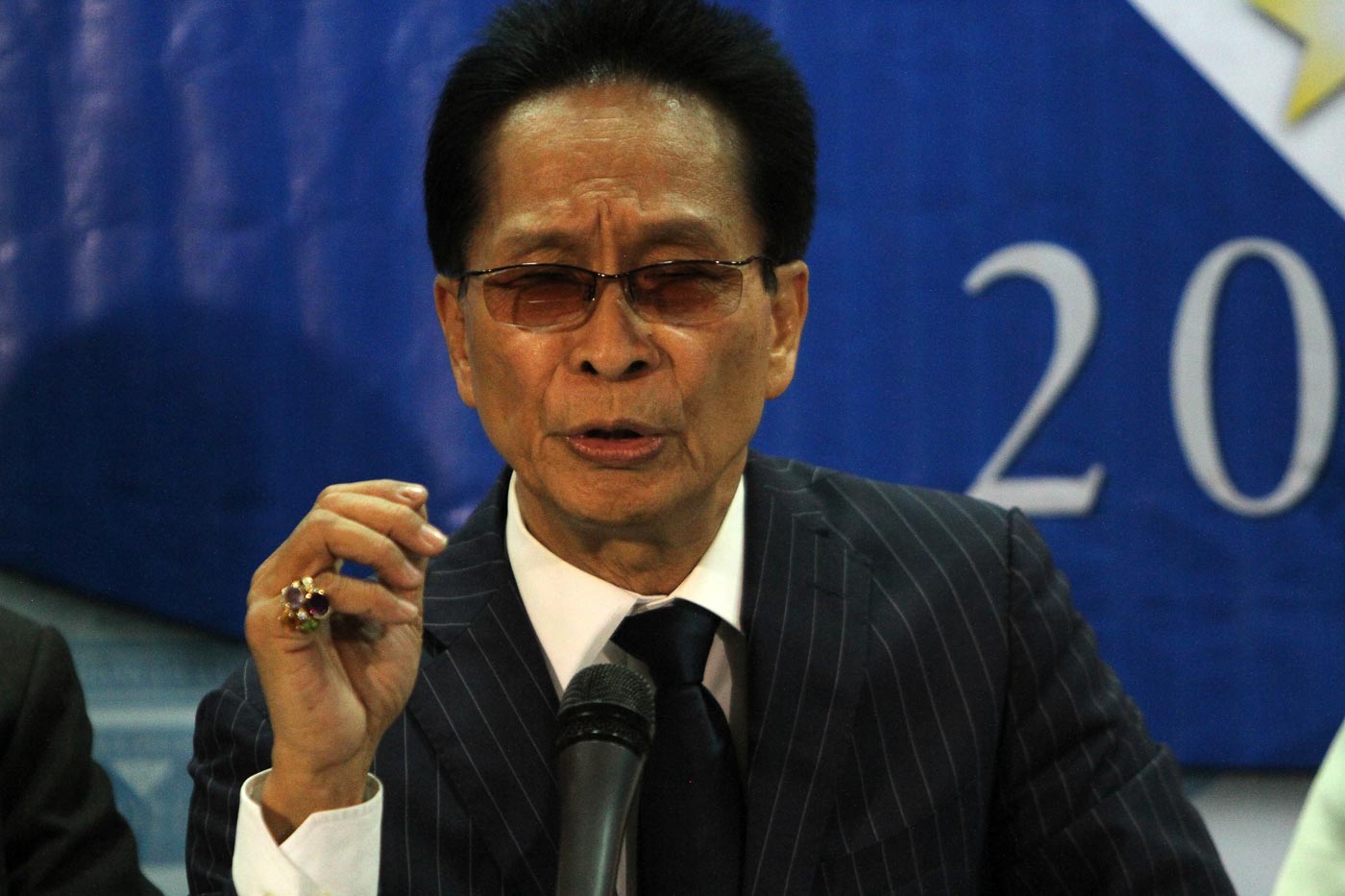 MANILA, Philippines – The camp of incoming president Rodrigo Duterte on Thursday, May 26, pushed for the immediate proclamation of the Philippines’ new leader even without waiting for his new vice president.

“We will be avoiding a constitutional crisis,” incoming presidential spokesman Salvador Panelo said in a news conference on Thursday.

Panelo explained that Duterte’s proclamation, “in a way,” is held hostage by the tight vice presidential race.

Based on the partial official tally as of 3:30 pm on Thursday, Duterte enjoys a 2.07-million lead over the second placer, Senator Grace Poe.

The vice presidential race, in contrast, is hotly contested.

Panelo said that if the vice presidential tally drags on, the Philippines could end up having no chief executive when President Benigno Aquino III steps down on June 30.

This prospect is what Panelo described as a “constitutional crisis.”

Given this possibility, Panelo said they agree with the camp of Marcos in calling for a separate canvassing of votes for president and vice president.

Only Santiago – a feisty Harvard-educated senator who ended up the distant fifth placer in the presidential race – has not admitted defeat.

Santiago is now on medical leave for cancer.

Panelo said Santiago will perform “an act of statesmanship” if she concedes.

(We don’t need canvassing. What is the need of a canvass if 4 of them say he [Duterte] already won?)

‘A right can be waived’

For Duterte’s camp, after all, conceding is tantamount to waiving one’s right to undergo canvassing.

Panelo said: “A right has to be exercised and a right can be waived. If they will waive the right to the canvassing, then there is no problem.”

Panelo was also asked on Thursday why their camp seems to be in a hurry in proclaiming Duterte as president.

The NBOC aims to proclaim the Philippines’ new president and vice president by Monday, May 30. – Rappler.com