May 28, 2016 10:30 AM PHT
Anthony Badoy Mondragon
Facebook Twitter Copy URL
Copied
Familiar names like Garin, Tupas, Defensor, Biron, and Gorriceta have retained their solid hold on the province’s 5 districts after the recently concluded May 9 elections 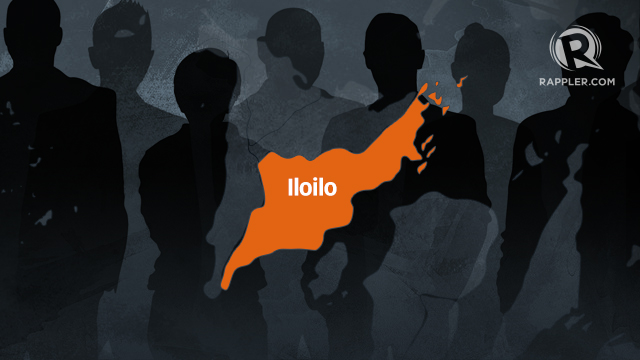 ILOILO, Philippines – Political families in this vote-rich province have again proven that blood is thicker than water in politics as many of their family members have secured another 3-year term.

Familiar names like Garin, Tupas, Defensor, Biron, and Gorriceta have retained their solid hold on the province’s 5 districts after the recently concluded May 9 elections.

Occupying many high-ranking positions, these families have huge control and enjoy overwhelming influence on the day-to-day operations of the province.

With 5 members elected into public office, the powerful Garin family in the First District has remained an influential figure in Iloilo’s political landscape.

Current Provincial Board Member and matriarch Ninfa Serag-Garin won as mayor of her hometown, San Joaquin.

The Garins’ only son, Richard, was reelected for a second term as First District Representative.

His wife is outgoing Health Secretary Janette Garin. She preceded her husband as a 3-term representative prior to her appointment as health undersecretary.

Completing the family is Ang Asosasyon sang Mangunguma nga Bisaya-Owa (AAMBIS-OWA) party-list Representative Sharon Garin, whose group is among those proclaimed as party-list winners in the  May 9 elections.

Although it has the least family members in politics, the Gorricetas have proven that they are still a force to be reckoned with.

His son, Michael, was re-elected as mayor of Pavia town. This position was formerly held by the father before he first ran and won as representative in 2013.

The Defensor name is already synonymous to public service in Iloilo’s Third District as 3 members of the family were either elected for the first time or for another term.

Another son, Lorenz Defensor, secured a seat in the Provincial Board.

Proving that they are still in control of their territory, the Biron family has tightened its hold in the Fourth District with 3 of its members elected into office.

Ferjenel Biron pulled an unsurprising win as Representative in the Fourth District, a post that he held in the past.

The congressional position was previously occupied by his brother, Hernan Biron Jr, who took over the position after Ferjenel served for 3 terms in 2013.

Bryant Paul Biron, another son, was elected to the Provincial Board.

Having 5 members elected into public office, the Tupas family of the Fifth District is in a tie with the Garins.

Despite the untimely death of its patriarch, Niel Tupas Sr, in November 2015 and the internal political quarrel between the siblings, the family has endured and has even fortified its hold on the district.

However, the Tupas family faced both success and failure in its members’ quest for public office.

Another Tupas spouse was also elected into office. The husband of Nielette Tupas – Parly Balleza – won as vice mayor of Barotac Viejo.

The victory of some of these political families was not without any controversy.

Two of the most powerful and influential families – the Garins and Tupases –  squabbled over the vice gubernatorial post.

Tupas Jr  was the first to file his certificate of candidacy (COC) for the post under the Liberal Party, a move that drew indignant reactions from the Garin family as it expected the ruling party to field one of its members for the position.

Apparently, the initial agreement between the two families was to choose a common LP official candidate. However, both families failed to have a unanimous vote.

Tupas Jr was equally vocal in endorsing his wife to replace him in the House of Representatives.

Their father tried to solve the impasses by asking Raul to seek another term as vice governor and then run for governor in 2019, when the incumbent Defensor Sr was to end his third and final term.

The Vice Governor, however, was bent on running for representative citing the rising clamor of his constituents for him to replace his elder brother.

Both siblings were not pacified despite the untimely death of the family patriarch. – Rappler.com