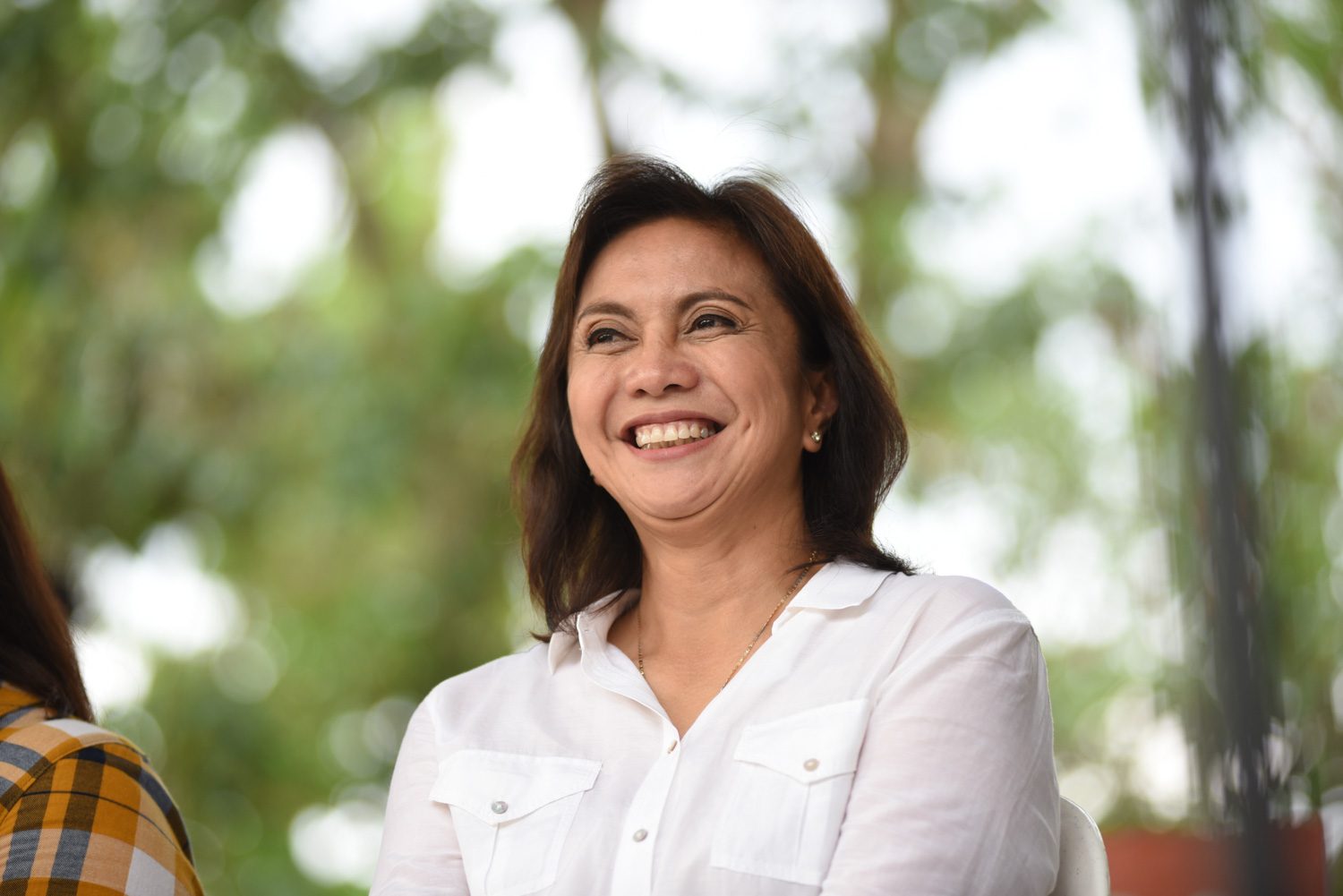 MANILA, Philippines – From one percent to vice president.

Camarines Sur Representative Leni Robredo on Friday, May 27, thanked her supporters – those who chose her even before her survey ratings went up – as the official canvass of votes showed she won the hotly-contested 2016 vice presidential race.

(A lot of our volunteers devoted their time to fight for my candidacy even if I don’t know them personally. Until now, even after the elections, they’re still there. Even if it was hard for many of them, they were there to watch, give support. This wouldn’t have been possible without them. My fight would’ve been harder without them because I started with nothing.)

In October 2015, Robredo formally accepted the ruling Liberal Party (LP)’s offer for her to be the running mate of standard-bearer Manuel Roxas II. At that time, Robredo had barely finished her first term as legislator. Her preference ratings did not even hit two digits.

Before her late husband Jesse Robredo died, Robredo had always chosen to stay away from the spotlight. While he governed Naga City, Robredo worked at the Public Attorney’s Office and later, at an alternative law group that specialized in helping the poor.

A lawyer by profession, Robredo is a self-professed “hesitant” politician. She was thrust into the political sphere in 2013, barely a year after her husband, the late interior secretary and long-time Naga City mayor Jesse Robredo, died in a plane crash.

(If it were just up to me, I wouldn’t have accepted the challenge to run for vice president. When I recall why I decided to run, maybe it’s because of my husband. Not just because of his guidance but because of the example he set: that even if the situation is difficult, when you’re asked to sacrifice for the country, you have no right to say no.) Robredo was joined by her 3 daughters Aika, Tricia, and Jillian in Naga City. Her 3 daughters – initially the most vocal in opposing her candidacy – were among her chief substitutes in the gruelling 3-month campaign period.

(I’m very lucky with my kids because they went through a long process before they gave me permission to run. But the moment they said yes, they gave 100% in supporting me.)

Aika, Robredo’s eldest, resigned from her government job while the two younger Robredos campaigned between school assignments and classes.

Robredo also led the partial, unofficial vote count – which prompted her chief rival, Senator Ferdinand Marcos Jr, to accuse her and the ruling party of cheating. Robredo has denied these claims, while the Marcos camp has yet to produce conclusive evidence to prove massive electoral fraud.

On Friday, however, the Marcos camp congratulated Robredo.

The Camarines Sur representative said she expected the Marcos camp to file an election protest, but added she was glad that during the official canvassing, her rival’s allegations of fraud were proven false. – Rappler.com