May 30, 2016 4:18 PM PHT
Patty Pasion
Facebook Twitter Copy URL
Copied
(UPDATED) Congress, as the National Board of Canvassers, proclaims the president-elect and vice president-elect exactly a month before they take their oath on June 30 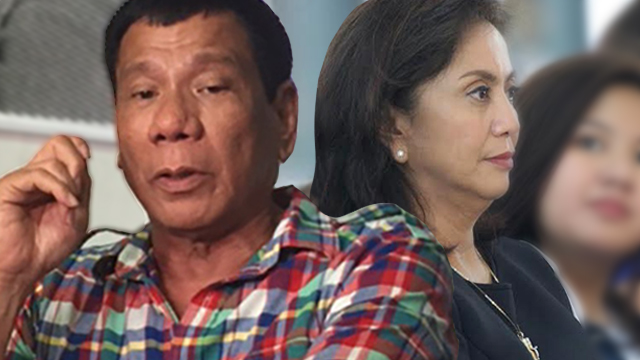 Duterte made good on his word to skip the ceremony, calling it “corny.” Not even his allies could make him change his mind.

Robredo, currently the congresswoman of the 3rd district of Camarines Sur, attended the proclamation, witnessed by all her 3 daughters: AIka, Tricia, and Jillian.

Robredo went up to the rostrum with her daughters, to have her hand raised by Senate President Franklin Drilon and House Speaker Feliciano Belmonte Jr, her party mates.

“Madame Vice President, on behalf of the Senate, we join the Filipino nation in congrtatulating your honor as vice president of the Republic of the Philippines,” Drilon said.

“On behalf of the Filipino people and the House of Representatives, Madame Vice president, please accept our congratulations on your honorous election as the vice president of the Republic of the Philippines,” said Belmonte.

The top leaders of Congress read a congratulatory note in Duterte’s absence.

“We were informed that Rodrigo Roa Duterte will not be able to attend the proclamation. Nevertheless, on behalf of the Senate, we join the Filipino nation in congratulating your honor on your election as the president of the Republic of the Philippines,” Drilon said.

He was seconded by Belmonte, who said, “On behalf of the Filipino people and the House of Representatives, Mr President, please accept our heartfelt congratulations on your honorous election as the president of the Republic of the Philippines.”

Before the ceremony, Robredo had a thanksgiving mass in the morning at St Peter’s Parish near the House of Representatives in Quezon City.

Duterte, meanwhile, spent the afternoon in Davao City signing documents, according to his chief of staff Bong Go.

The proclamation came after Congress, sitting as the National Board of Canvassers, completed the verification of the 167 certificates of canvass (COCs) from across the country and overseas on Friday, May 27.

The COCs showed Duterte got a total of 16,601,997 votes – almost 7 million votes more than what second placer Manuel Roxas II got.

He summarized what he said were loopholes in the election system that led to their allegations that Marcos could have been cheated. He specifically called the Commission on Elections and technology provider Smartmatic, against whose officials he had filed complaints.

The canvassing, jointly conducted by the Senate and House was the the quickest to date, taking only 3 days.

Marcos’ camp, which had alleged electoral fraud, congratulated Robredo when the canvassing ended Friday evening, but warned that it was studying legal actions to take.

A few hours before Congress proclaimed Duterte and Robredo, a group of whistleblowers from Quezon province came to the Senate, claiming they rigged the elections to favor Liberal Party bets Roxas and Robredo.