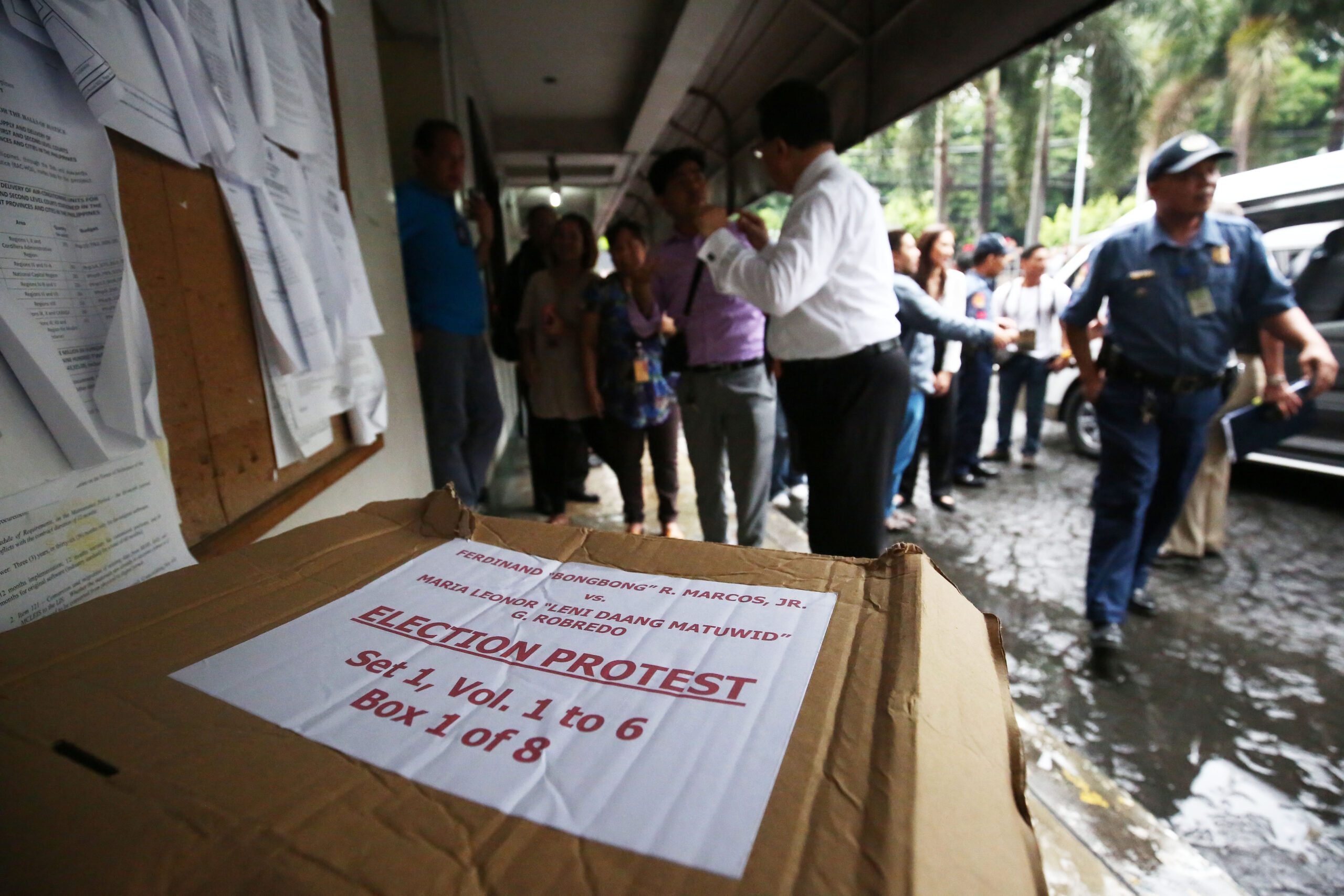 In a two-page resolution dated July 12 but released only on Tuesday, August 2, the PET granted Marcos’ petition for a Precautionary Protection Order (PPO) directed to the Comelec.

On June 29, Marcos filed an election protest against Robredo, citing alleged “massive electoral fraud, anomalies, and irregularities” during the May 2016 national polls.

The senator’s camp further said that Robredo’s proclamation as vice president was null and void because the certificates of canvass “are not authentic and may not be used as basis to determine the number of votes that the candidates for Vice-President received.”

Earlier on Tuesday, Marcos filed a motion with the SC, asking the PET to act on his petition for a PPO.

The PPO sought to direct the Comelec to preserve and safeguard the integrity of all ballot boxes, their contents, and all other election-related paraphernalia – including the automated election equipment and records – in all 92,509 clustered precincts used in the May polls.

Marcos is contesting the results of the elections in 39,221 clustered precincts in 25 provinces and 5 highly urbanized cities.

He had earlier insinuated fraud and questioned the integrity of the automated election system.

During the canvassing of votes in May, the former senator’s camp also raised the issue of 3 million “undervotes” that, it said, remained “unaccounted for.”

But Robredo’s camp dismissed these as “non-issues” during the canvassing of votes. (READ: Election data quash Marcos’ cheating pattern claim)