Sep 19, 2018 6:25 PM PHT
Pia Ranada
Facebook Twitter Copy URL
Copied
'You'd do well if you get him as one of the senators – mahusay magtrabaho, mabait na tao,' says President Rodrigo Duterte about his political adviser 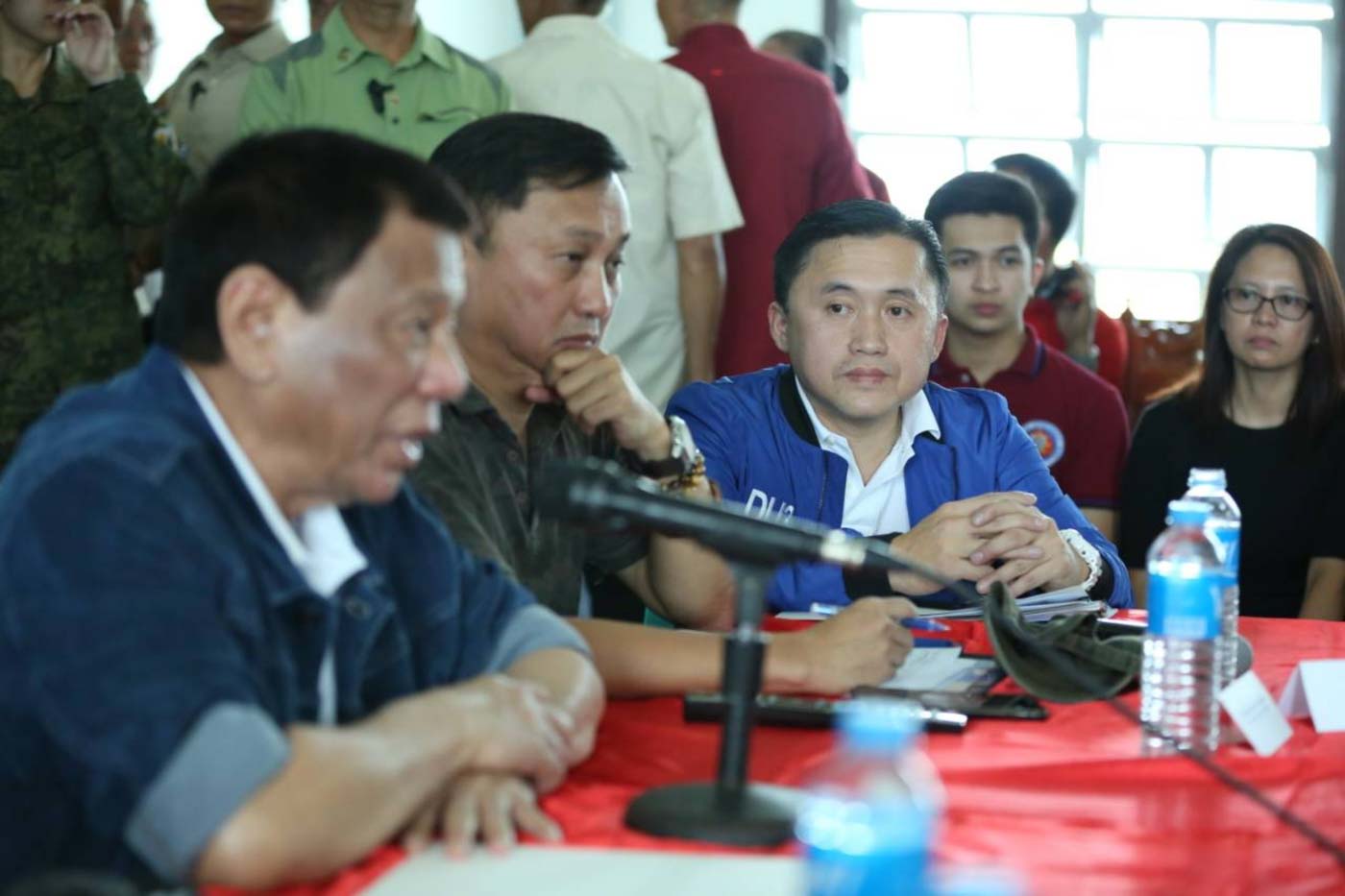 MANILA, Philippines – President Rodrigo Duterte sang praises for his political adviser Francis Tolentino, telling a room full of barangay officials to vote for him as senator in the upcoming 2019 midterm elections.

Just back in Manila from Typhoon Ompong (Mangkhut) relief operations which he helped coordinate, Tolentino was rewarded by compliments from Duterte himself.

“You’d do well if you get him as one of the senators – mahusay magtrabaho, mabait na tao (an excellent worker, a good person),” said Duterte on Wednesday, September 19, during a Liga ng mga Barangay event in Malacañang.

Tolentino, who was in the audience, had just come from Benguet where he coordinated relief and rescue operations as Duterte’s conduit.

“He is very soft-spoken and walang babae, wala ngang asawa eh (has no women, not even a wife). So he has a very good persona. If you compare me to him, I would pale in comparison. Para akong Pale Pilsen (I’m like Pale Pilsen),” Duterte joked.

The President said he appointed Tolentino as his adviser on political affairs because of the latter’s “character.”

Tolentino is just one of several Duterte appointees who are reportedly running in 2019. These include Special Assistant to the President Bong Go, Presidential Spokesperson Harry Roque, Bureau of Corrections Director General Ronald dela Rosa, and Office of Civil Defense Deputy Administrator Nicanor Faeldon who Duterte claimed wants to run for Mindoro governor.

He has also referred to Public Works and Highways Secretary Mark Villar as “senator.” – Rappler.com