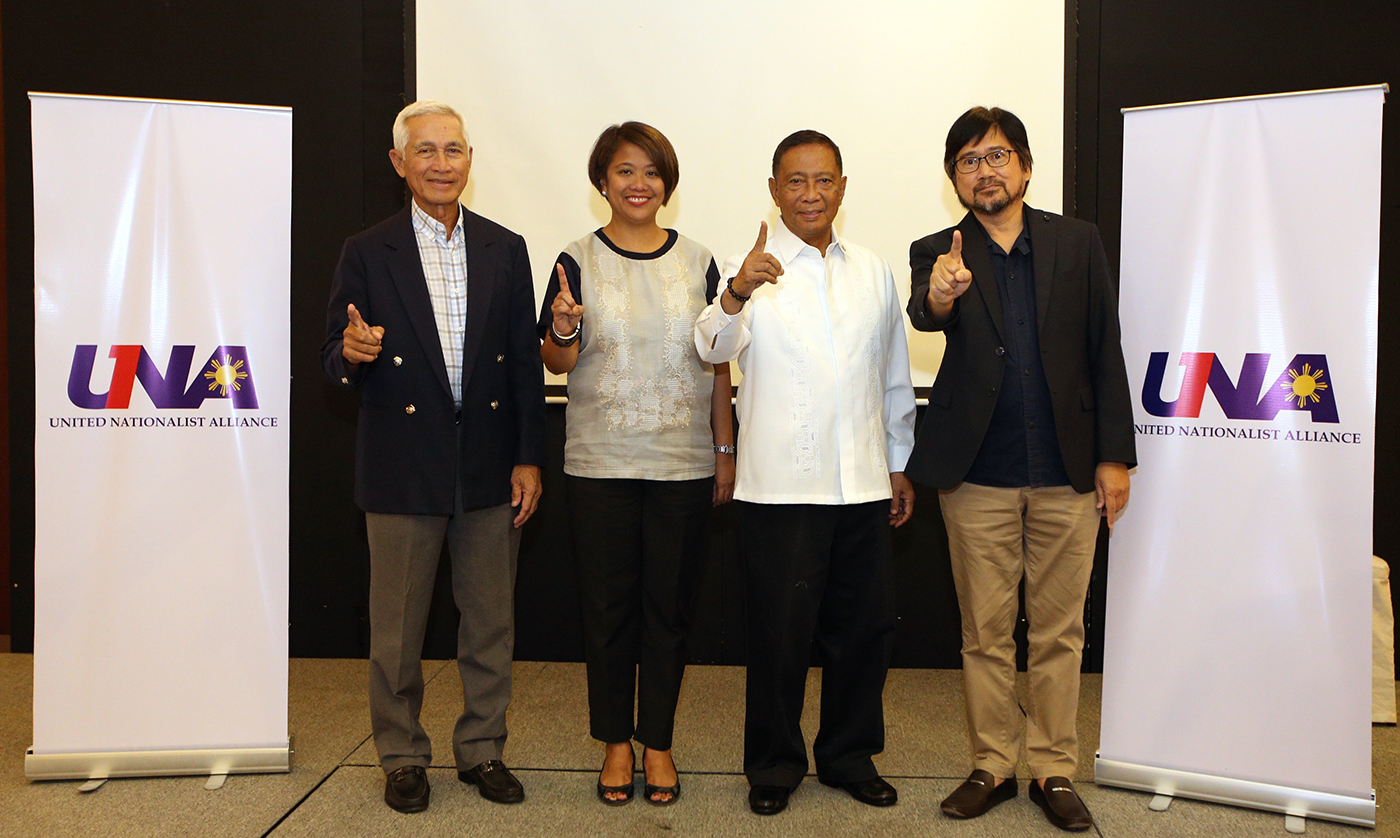 In a statement on Thursday, September 20, UNA said the senator was unanimously chosen as the new president on Wednesday, September 12, during the UNA national leaders conference held in Makati.

The other officers include:

Senator Binay and Honasan are the highest ranking government officials in the party. Honasan, however, is a graduating senator in 2019 after holding two consecutive terms. Binay is set to run for reelection next year.

(Today, as your new party president, I wholeheartedly accept the challenge to pursue real change. In this meeting, I hope our fervor to deliver programs that would address the needs of our countrymen would never fade.)

UNA was formally launched as a political party in July 2015. The former vice president ran for president under UNA in 2016, with Honasan as his running mate but lost to President Rodrigo Duterte and Vice President Leni Robredo, respectively. – Rappler.com