After criticism, Comelec amends rule on substitution of bets 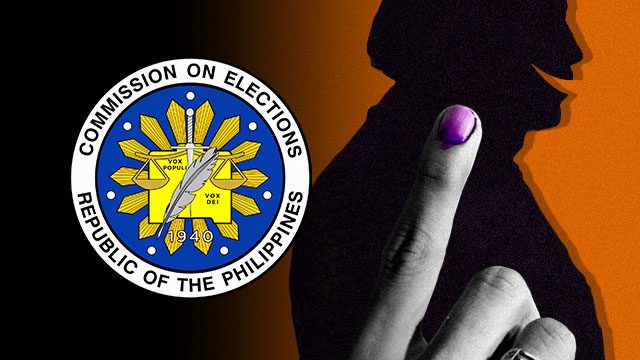 MANILA, Philippines – The Commission on Elections (Comelec) amended its rule on the substitution of candidates until midday of election day, which former Comelec chair Sixto Brillantes Jr had warned will create confusion in the 2019 polls.

Guia said on Thursday, September 20, that the Comelec is set to promulgate a resolution on this.

Substitution due to withdrawal means substituting for candidates who withdrew their candidacies. This was what happened in the case of former PDP-Laban presidential candidate Martin Diño, who withdrew his candidacy to make way for his substitute, now-President Rodrigo Duterte.

Brillantes on Thursday hailed this amendment to the rules. Otherwise, he said of the Comelec, “Guguluhin ‘nyo lang ang sarili ‘nyo (You will just confuse yourselves).”

Veteran election lawyer Romulo Macalintal, also one of the opposition’s possible candidates in the senatorial race, earlier said Congress should amend the law involving the substitution of candidates.

Under the automated system, the Comelec needs to print out ballots with the names of candidates months before elections. The Comelec then, in previous automated elections, found the need to set a deadline for substitution due to withdrawal.

In the case of Federico vs Comelec in January 2013, the Supreme Court ruled that the Comelec “has been empowered to set the dates for certain pre-election proceedings.” These proceedings include setting a deadline for substitution due to withdrawal. – Rappler.com