First-time voters: ‘As young people, we could change something’

Sep 29, 2018 2:00 PM PHT
Sofia Tomacruz
Facebook Twitter Copy URL
Copied
Students register for the 2019 midterm elections and rush to make it back in time for class 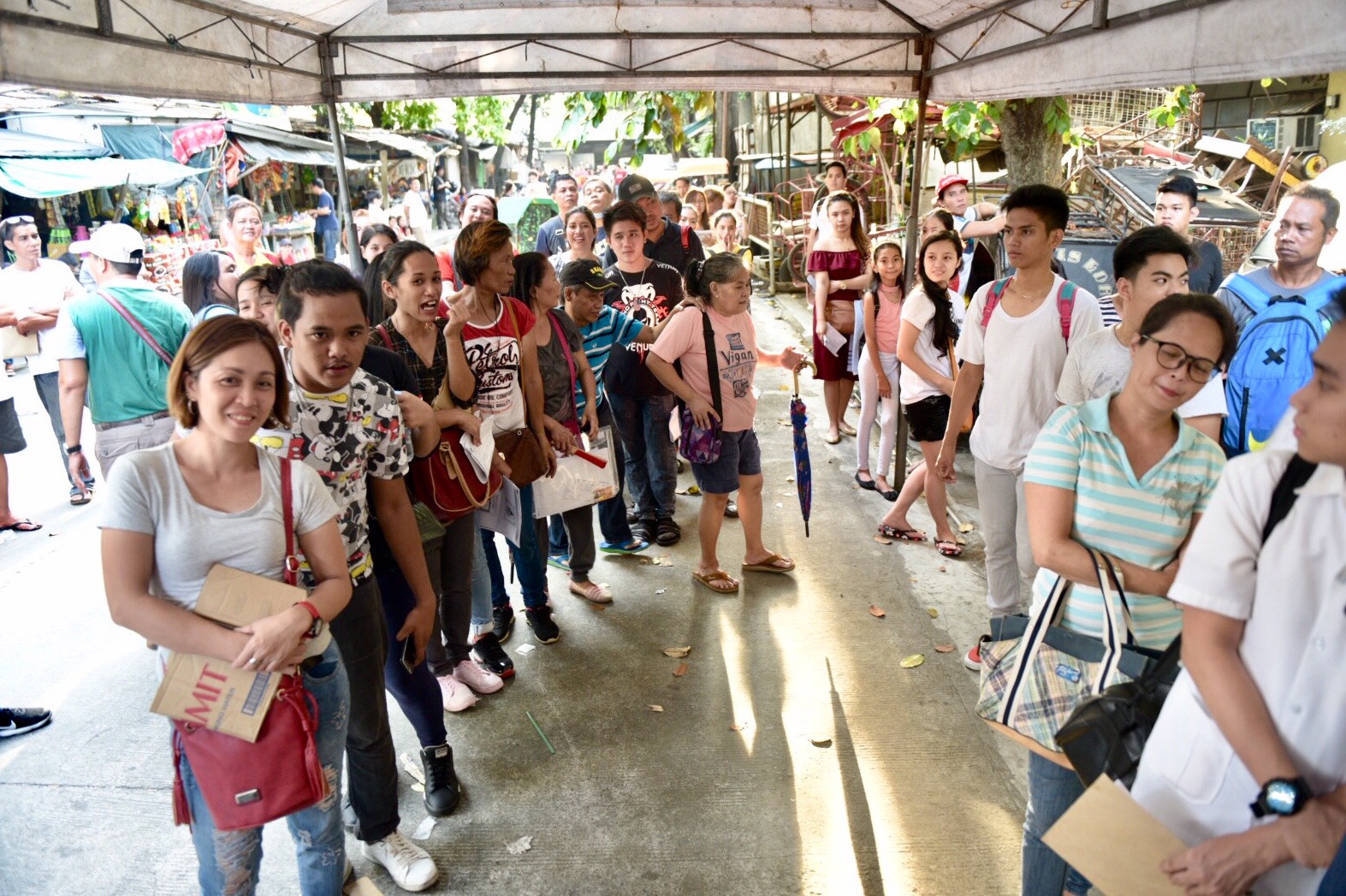 MANILA, Philippines – Ina* was all smiles as she left the voters’ registration site in Arroceros, Manila. She just turned 18 in May, and top of her to-do list was to get her thumb inked for the 2019 midterm elections.

“With the government today, I want to stand up for what I want and who I want to vote for,” she told Rappler on Friday, September 28.

Under the heat of the afternoon sun, Ina could barely catch her breath. “I still have to get to class,” she exclaimed. With mother and brother in tow, the family lined up at the registration center at 10 am that day. Nearly 7 hours later, all became registered voters for the 2019 national and local elections.

The decision to register was an easy one for Ina. A freshman at University of the Philippines Diliman, she and her peers always influenced one another to be active in social issues they cared about.

They weren’t satisfied, Ina said. “That’s why I want to vote.”

From the top of her head, Ina said she hoped candidates in the coming election would address the anti-drug campaign of the government, contractualization, and agrarian reform.

READ: #PHvote: How to register as voter in the Philippines

Ina’s brother, Mike* had a slightly different story to tell. Turning 21 this year, the Mapua University student decided to register as a voter after having sat out of the 2016 national elections.

“I convinced him,” said Ina.

Mike wasn’t entirely sure why he didn’t vote in the past, but he summed it up this way: “Too lazy to vote in the last elections.”

To this, Ina said, ”Kailangan unahin muna ‘yung (Work with the) closest group of people that you know, influence them (to vote).”

She added, “(Using) Social media, too, of course…. We’re citizens of the Philippines and you have to have your own voice, especially the youth now…. We really need to have a change in this society.”

And at least for that day, Mike was convinced. “I think it’s just the idea that maybe we can make a difference even though its kind of a blur. But we just hope that maybe we could, as young people, change something.” – Rappler.com

*Names changed upon request of the interviewees.