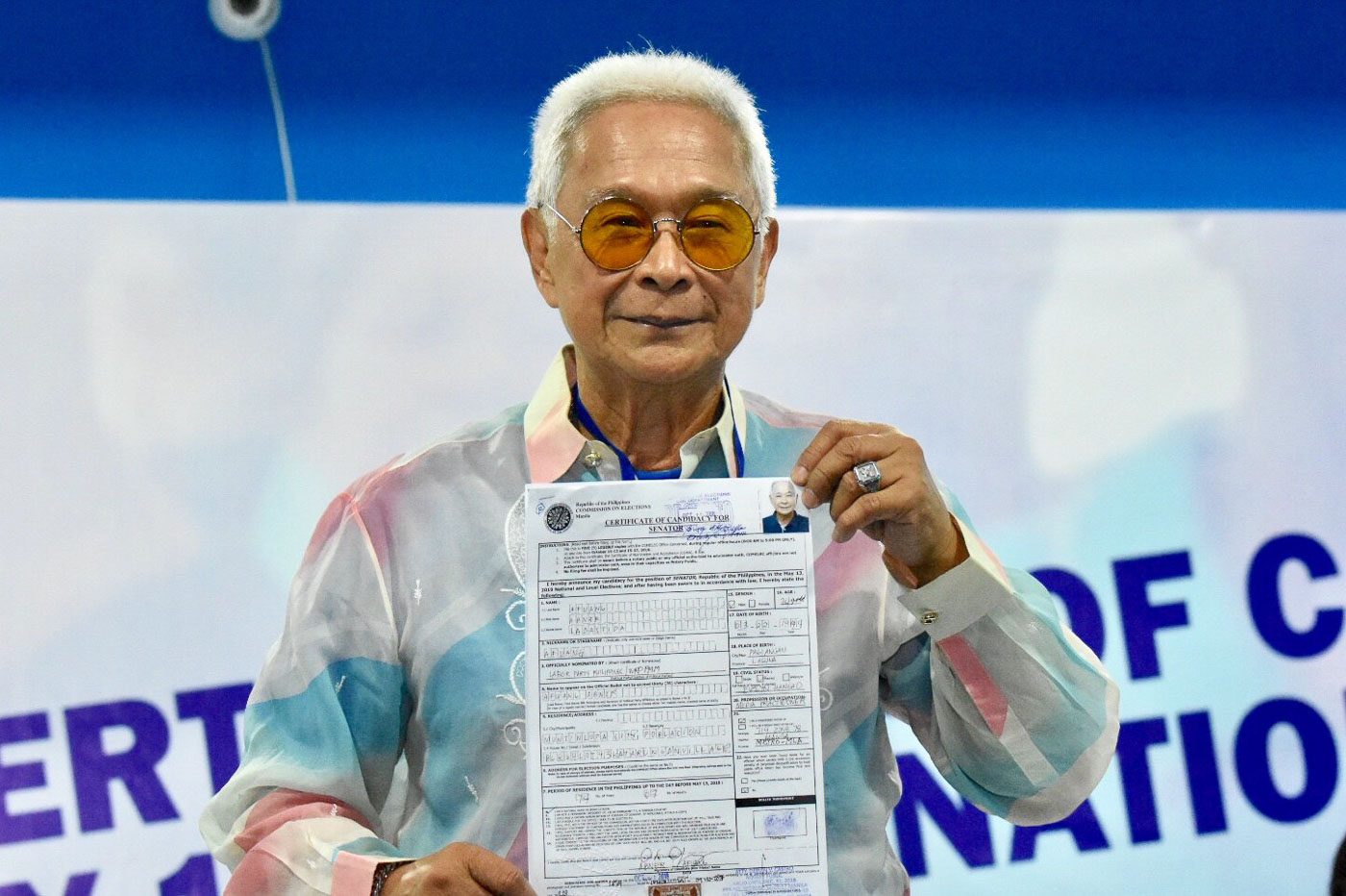 MANILA, Philippines – Wearing a barong with touches of green and pink, former Pagsanjan mayor Abner Afuang came well-prepared – and early – for the first day of filing of certificates of candidacy (COCs) on Thursday, October 11.

Afuang – the man who poured water over Dr Hayden Kho Jr in a 2009 Senate inquiry – wants to run for senator.

But Afuang used the wrong form.

Afuang, 74, filled out a COC that did not have the controversial question number 22, which asks senatorial hopefuls whether they have ever been perpetually disqualified from holding public office by a “final and executory” judgment.

Afuang, then, had to leave the COC filing room at the Commission on Elections (Comelec), and to return later on Thursday with the correct form.

The same thing happened to senatorial hopeful Carmelo Carreon, 73. He brought with him the wrong COC, and had to leave to correct it before filing.

Jimenez said the Comelec expects similar problems in the next few days. “We will be telling them that they need to fill out the new form,” he said.

Former Comelec chair Sixto Brillantes Jr earlier said question 22 is unconstitutional, as it could make convicted individuals “disqualify themselves” even without a final court judgment.

Still, the Comelec asserts that it is right to put this question in the COC, said Director Frances Arabe of the Comelec’s Education and Information Department.

But Arabe clarified that if a candidate says he or she has indeed been disqualified by a final court judgment, this does not mean that the Comelec will automatically deny due course to his or her COC.

“We will still accept, and that will still run through the proper procedure for disqualification. What’s important is that the entries on the form are complete,” Arabe said. – Rappler.com