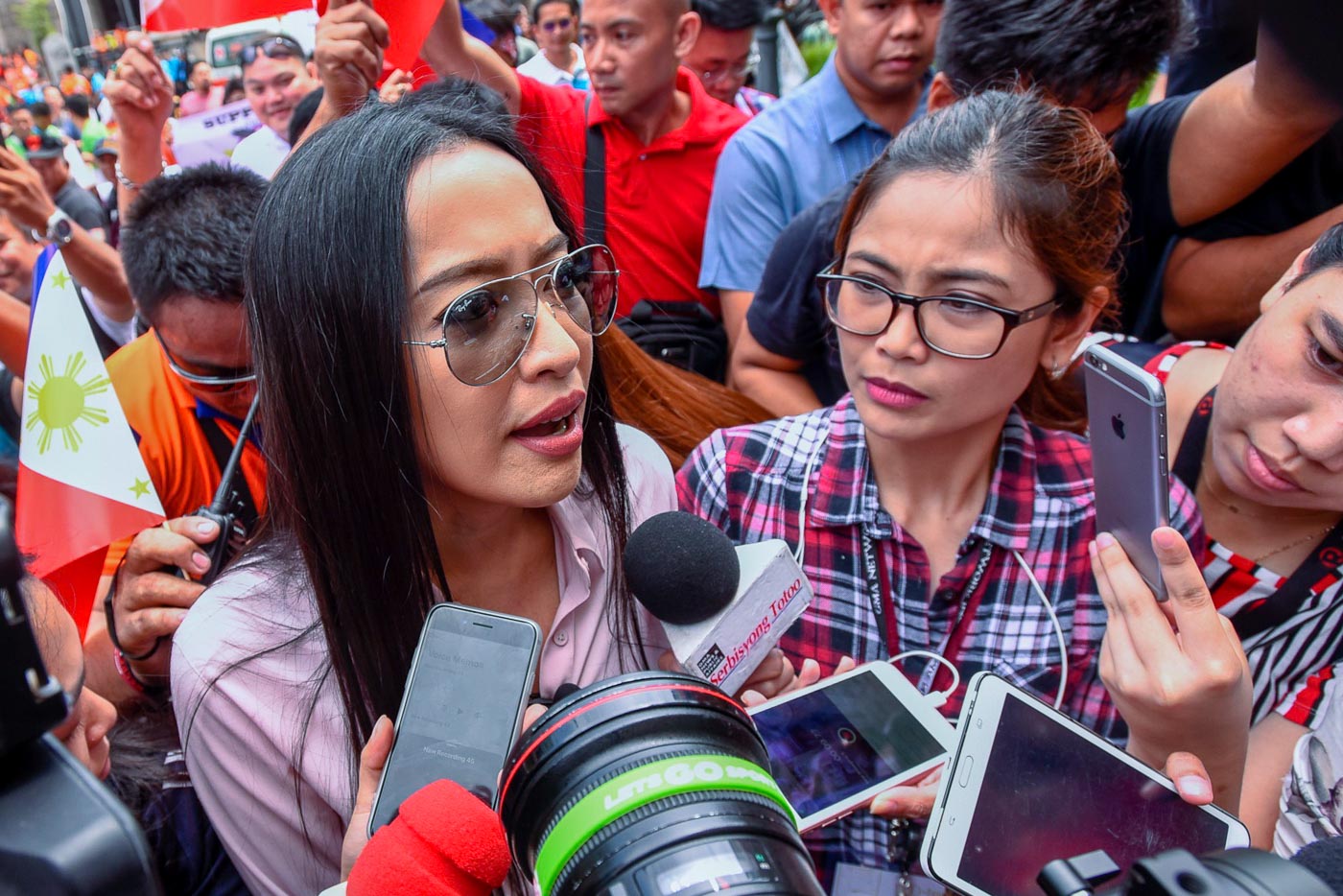 This means she is a nominee of the party to take a seat in the House of Representatives if they win enough votes in 2019.

The controversial entertainer-turned-government-official said she decided to run for a seat in the lower house instead of for senator in order to counter the influence of “terrorist sympathizers” in that chamber.

(I want to get into Congress because there are those referred to by Mayor Inday Sara as terrorist sympathizers, hiding under party-lists. You know who they are, the communists there.)

Davao City Mayor Sara Duterte Carpio had previouslly called the Makabayan bloc “terrorists” and “liars” for claiming her city did not give teachers regular local allowance.

It had been previously thought she would run for senator as former PDP-Laban secretary general and former house speaker Pantaleon Alvarez had pushed for her inclusion in the party’s senatorial slate.

Uson described the Kasosyo party-list as a group advocating for more entrepreneurship among Filipinos.

(The Kasosyo party-list is a producer and consumer exchange party-list. Our advocacy is entrepreneurship, where we will help our countrymen put up their own businesses.)

She was supposedly named “honorary member” of the group in December 2017. She said she has known its members since during the 2016 campaign period.

Uson responded quickly when a reporter brought up the “tainted” past of the party.

(Everyone is tainted, some are even communists, terrorist sympathizers. That’s why I’m here, to shake up Congress.)

Uson has been accused of peddling false information during her stint as public official and of violating the Code of Conduct and Ethical Standards for Public Officials and Employees.

Even her colleagues at the Presidential Communications Operations Office had called on her to resign.

The video earned her a complaint filed with the Office of the Ombudsman for violating the Magna Carta for Disabled Persons.

Even allies of President Rodrigo Duterte thumbed down her video with Olivar of a lewd federalism jingle and dance. Former senate president and federalism advocate Aquilino Pimentel Jr said Uson should stick to entertainment.

After resigning, Uson said she would devote her time to attacking critics of the Duterte administration.

“Suntukan tayo, bakbakan tayo. Huwag ‘nyo na ako pigilan (Let’s have a fist fight, let’s fight it out. Don’t restrain me),” she has said. – With a report from Sofia Tomacruz/Rappler.com