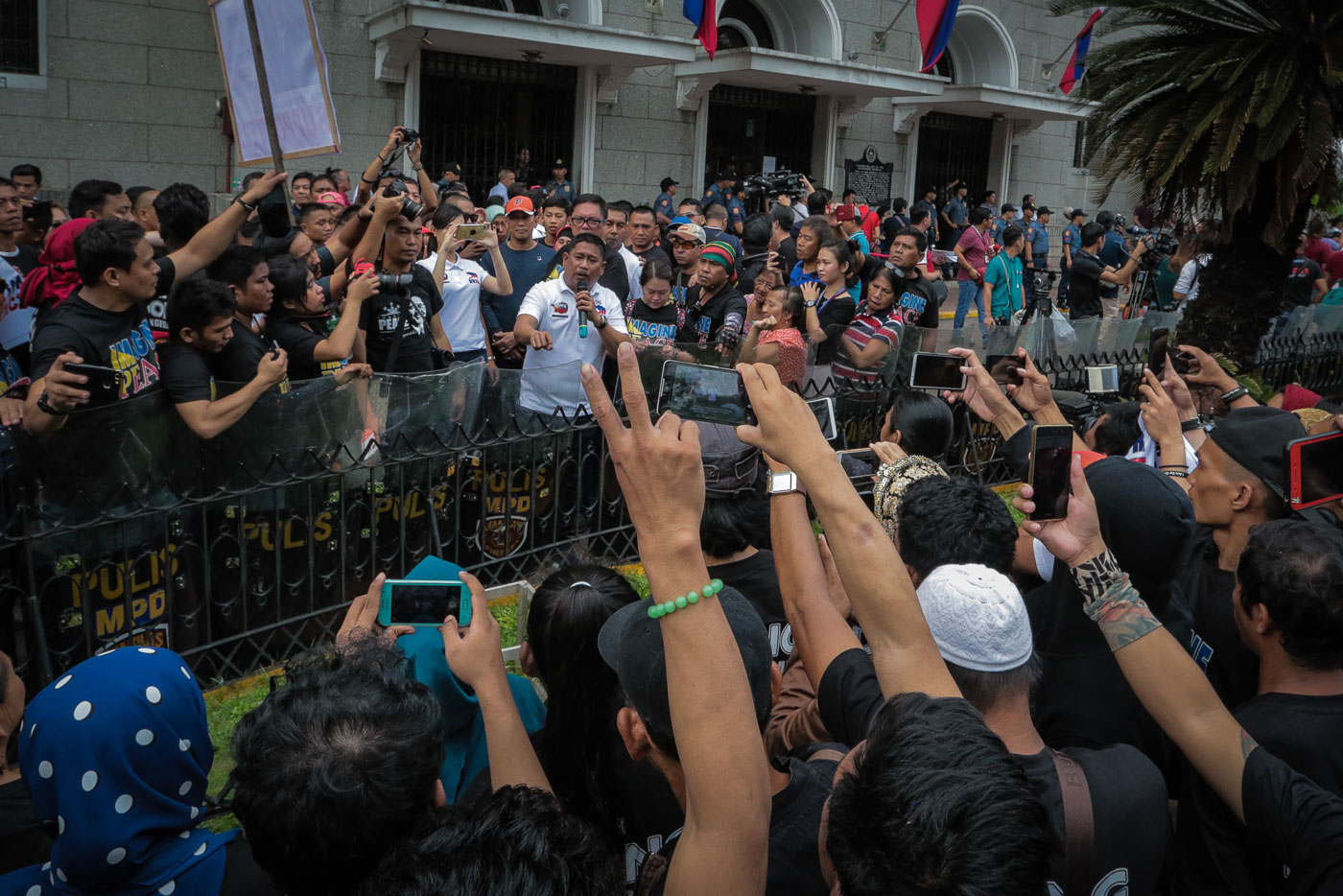 MANILA, Philippines – PDP-Laban senatorial bet Zajid Mangudadatu filed his certificate of candidacy (COC) for senator on Monday, October 15, as he vowed to fight prejudice against Muslims at the Senate.

Mangudadatu’s brother, Maguindanao Governor Esmael Mangudadatu, accompanied him at the Commission on Elections (Comelec) in Intramuros, Manila, to file his COC.

Mangudadatu, who is the 2nd district representative of Maguindanao, said it was President Rodrigo Duterte himself who convinced him to run.

In an interview with reporters, he recounted instances of prejudice against Muslims, as people sometimes associate them with the terrorist Maute Group, the Islamic State (ISIS), and the Bangsamoro Islamic Freedom Fighters (BIFF).

Mangudadatu said he has always asked for help in addressing prejudices against them.

“Kung hindi nyo po ako tulungan, hanggang kailan po natin to dapat kikimkimin at magiging problema ng ating bansa?” he said. (If you won’t help me, how long will we have to suffer this and keep this a problem of our country?)

Mangudadatu is the second high-profile senatorial hopeful pushing for the rights of Muslims in Mindanao.

Samira Gutoc Tomawis, former Bangsamoro Transition Commission member and assemblywoman, is running with the opposition. She promises to give voice to Muslims in Mindanao if she makes it to the Senate. – Rappler.com