Senator JV files COC for reelection as an ‘Estrada’ 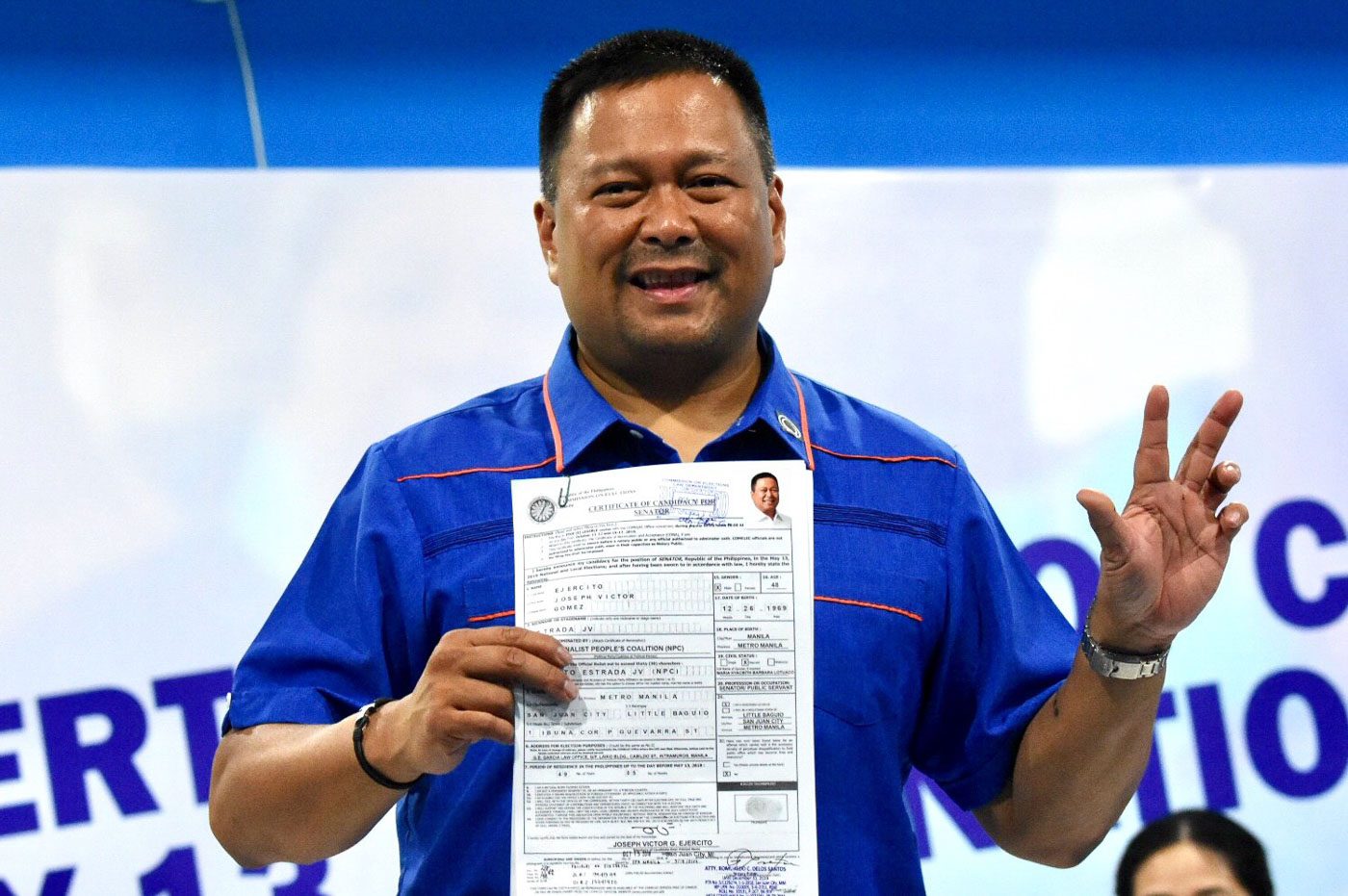 In his COC – and in a bid to boost name recall against his half-brother, former senator Jinggoy Estrada – Ejercito indicated that his official name on the ballot would be “Ejercito Estrada JV” while his alias would be “Estrada JV.”

“What’s for sure is I will always be the son of my father. I chose to carry the name para hindi isipin na ako’y pumutol [ng relasyon namin]. Ako’y anak pa rin (so my father won’t think I cut our ties. I’m still his son)…. It’s just there that it might appear as one of the aliases,” Ejercito said, noting that he used the same alias in his 2013 COC.

He added that he is still known as JV Estrada in some areas of the country.

Ejercito said he used the Estrada name in an attempt to mend ties with his father, former president and now Manila Mayor Joseph Estrada, after leaving the latter’s political party for the Nationalist People’s Coalition over Jinggoy’s Senate bid.

The senator had lamented that his recent ratings dip was largely caused by the public’s confusion between him and Jinggoy. He reiterated that Jinggoy has the advantage because he carries the well-known Estrada surname, which the latter had legalized.

In 2014, the Commission on Elections sued Ejercito for supposedly overspending in his San Juan congressional campaign in 2010, with a penalty of disqualification. The case, however, has no final judgment to date. – Rappler.com