After days of indecision, Harry Roque forges on with Senate bid 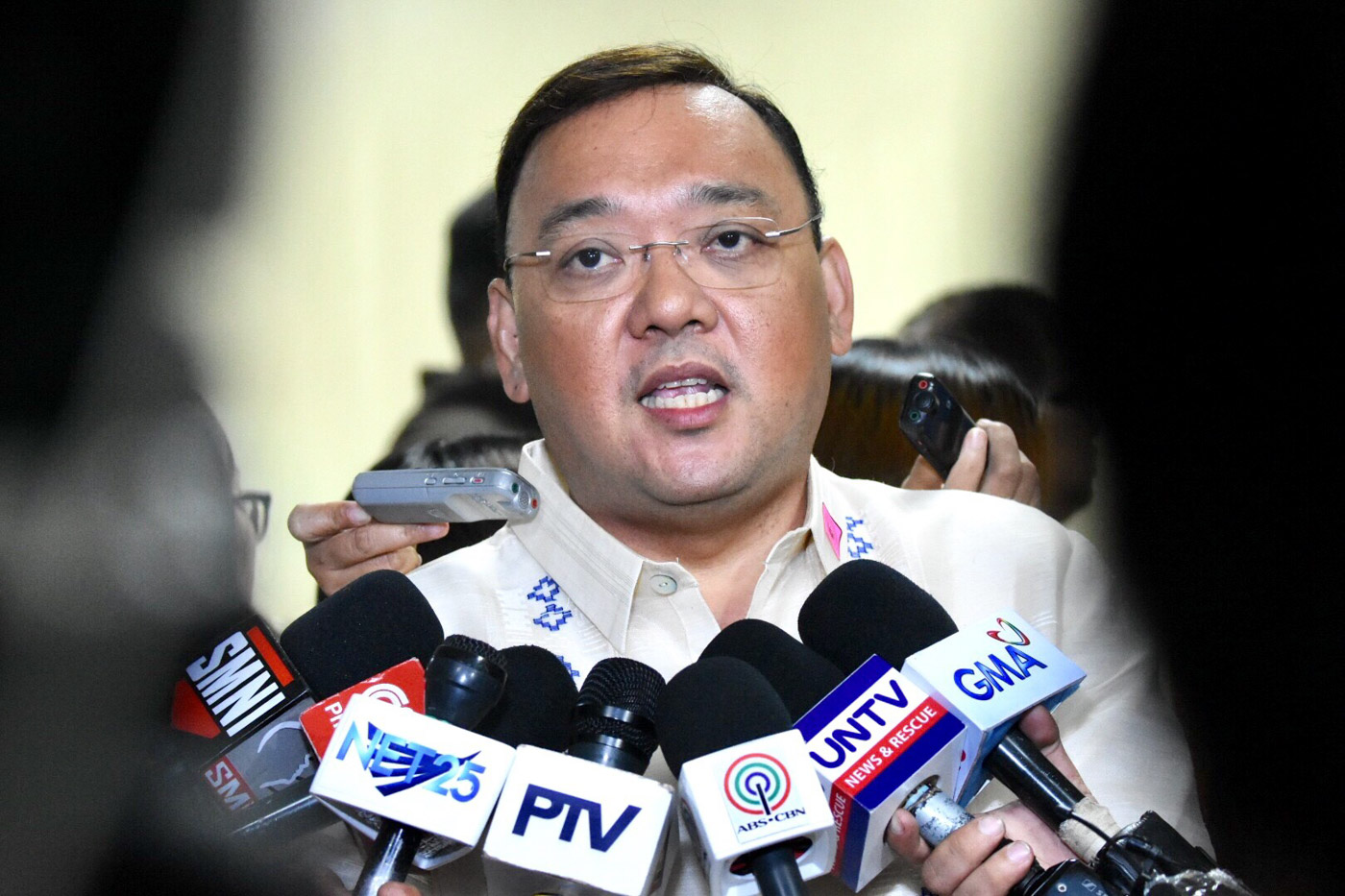 MANILA, Philippines (UPDATED) – Former presidential spokesman Harry Roque has decided to push through with his Senate bid despite previously announcing his intention to run as a party-list representative under Luntiang Pilipinas.

Roque appeared at the Commission on Elections (Comelec) office on Wednesday, October 17, to file his candidacy for senator under the People’s Reform Party, political party of the late senator Miriam Defensor Santiago.

He said he hopes to become the “voice of Miriam Defensor Santiago” if he wins as senator.

Given Santiago’s strong stance on human rights, Roque was asked for his stance on extrajudicial killings, an issue on which he defended the Duterte administration as spokesman.

“Nobody agrees with extrajudicial killings. Miriam Defensor Santiago was a lawyer who would demand evidence first,” he said in Filipino.

Roque was also asked for his stance on Duterte’s misogynist statements, given the late Santiago’s status as a strong woman leader.

“Our belief is that we are all equal, no matter where we came from,” said Roque.

To a reporter’s question on whether it was worth it for him to “give up his principles” while being Duterte’s spokesman, Roque said, “I did not give up my principles. I served my president because he was given a mandate by the people. By serving the President, I served the people of this country.”

Though he has said he will return to being his “old self,” Roque still hopes for Duterte’s endorsement.

“I would wish that the President endorse me. Even now, I think he is the best president under existing conditions and I will continue to defend the President,” he said.

“It was Mayor Sara Duterte who found a way and I’m very thankful because Secretary Jun Santiago, the husband of Miriam Defensor Santiago, is also very close to me,” said Roque.

This change of heart is the latest in a series that began a week ago after President Rodrigo Duterte publicly voiced his doubts that Roque could win as senator.

According to the President’s own account, Roque kept changing his mind on whether he would continue with his Senate bid or accept Duterte’s offer of the position of Press Secretary.

Days after, Duterte advised Roque to run for party-list representative instead.

On Monday, October 15, Roque appeared to have accepted the recommendation, announcing in a Malacañang press briefing that he would push for environmental legislation as representative of Luntiang Pilipinas.

He even said he came to his decision after recent environmental tragedies.

“Of course the choice of running for an environmental partylist was influenced largely by developments that happened of course in Itogon, as well as events that happened in Mactan and the President’s unrelenting desire to protect the environment,” he had said on Monday.  – Rappler.com