Oct 17, 2018 9:34 AM PHT
Pia Ranada
Facebook Twitter Copy URL
Copied
President Duterte's former political adviser stresses that while he filed a motion to suspend proceedings of his electoral protest against Senator Leila De Lima, he does not believe she won in 2016 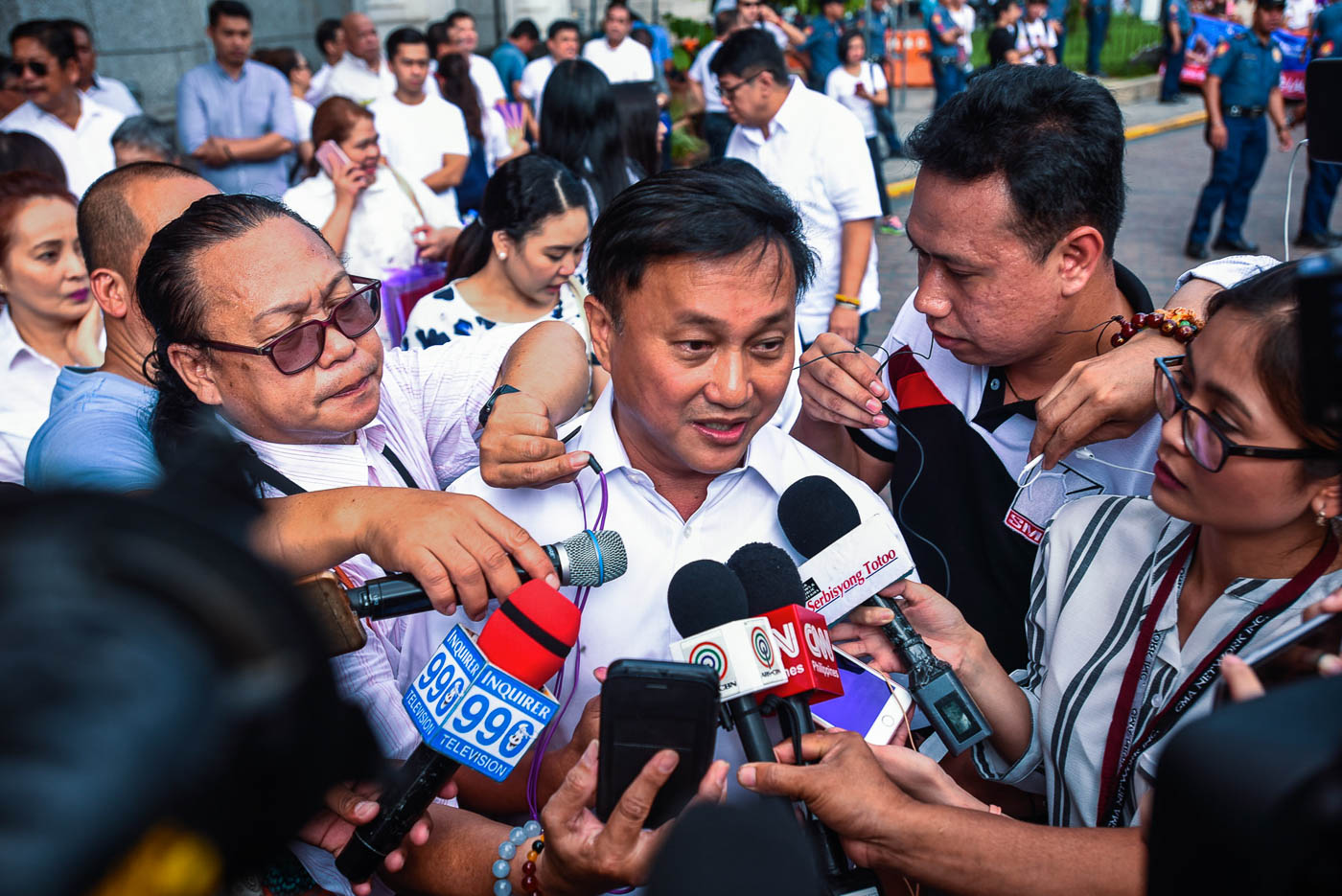 MANILA, Philippines – Francis Tolentino filed his certificate of candidacy for senator, adding to the number of Malacañang officials who have now resigned to gun for an elective post.

He told reporters as he entered the building that he would push for environmental justice legislation if he wins a Senate seat.

As Duterte’s political adviser, Tolentino was delegated the President’s point person for relief efforts in the aftermath of Typhoon Ompong (Mangkhut) in September, and for Mayon evacuees back in January.

He has also filed a motion to suspend proceedings of his electoral protest against Senator Leila de Lima. In the 2016 elections, De Lima won the 12th slot for senator, while Tolentino ranked 13th. He contested De Lima’s victory.

(Even if I filed a motion to suspend proceedings, we still don’t accept the victory of De Lima as number 12. My filing today is for the people to decide on my electoral protest, because it’s taking so long with the Senate Electoral Tribunal.)

Before being political adviser, Tolentino’s last position in government was Metropolitan Manila Development Authority chairman, from 2010 to 2015, under the administration of Benigno Aquino III.

Duterte has publicly endorsed Tolentino for senator, saying on September 19, “You’d do well if you get him as one of the senators – mahusay magtrabaho, mabait na tao (an excellent worker, a good person).” – Rappler.com