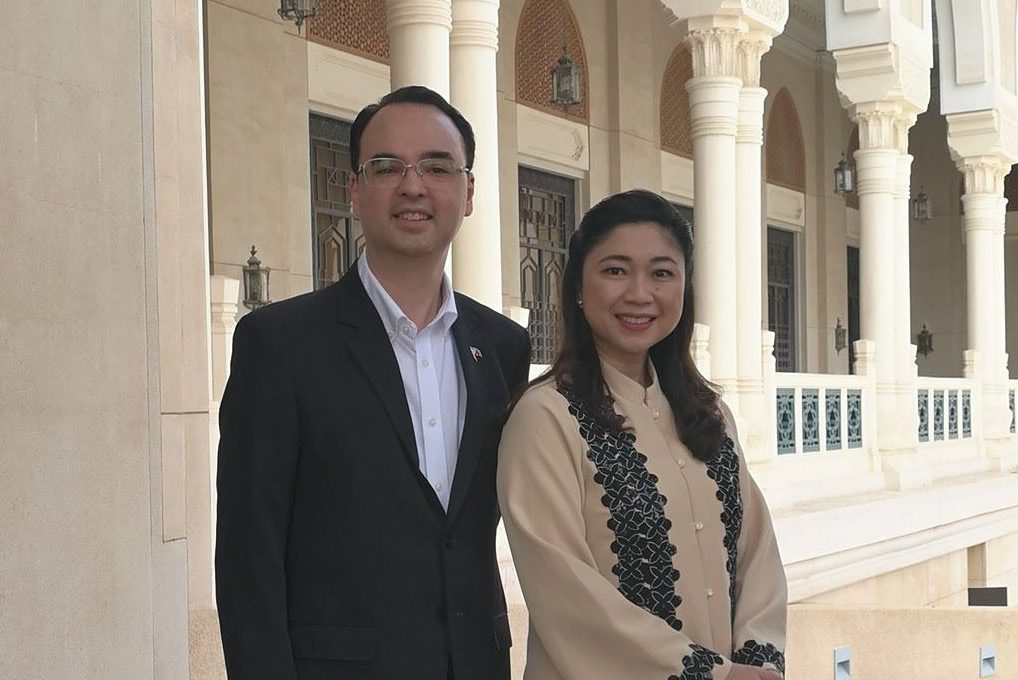 Before noon on Wednesday, October 17, Cayetano left the Department of Foreign Affairs (DFA) to proceed to the Commission on Elections (Comelec) headquarters in Manila to file his COC.

If he wins, Cayetano said he would “seek the leadership position in the House.”

(The instruction of the President is to provide a comfortable life for all. We need systemic change for this – federalism, other changes we must initiate. I believe that I can help in making the vision of the President materialize if I become a congressman and Speaker of the House.)

His wife, Lani Cayetano, is also gunning to be Taguig City 2nd District representative. She filed her COC on Tuesday, October 16.

The former DFA chief said both of them seeking House seats “shouldn’t be a problem.”

“Ang mahalaga, parehas na malinis ang pangalan. Malinis ang hangarin, at gusto ng tunay na pagbabago (What’s important is that both of us have a clean reputation. We have good intentions, and we want real change),” he said.

Cayetano is no stranger to Batasang Pambansa, as he served as the representative of the Lone District of Taguig and Pateros from 1998 to 2004.

After filing, Cayetano was met by resigned Special Assistant to the President Bong Go a few blocks away from the Comelec building. Go, a senatorial hopeful, also stepped down to run.

Go then brought Cayetano back to the building on a motorcycle. 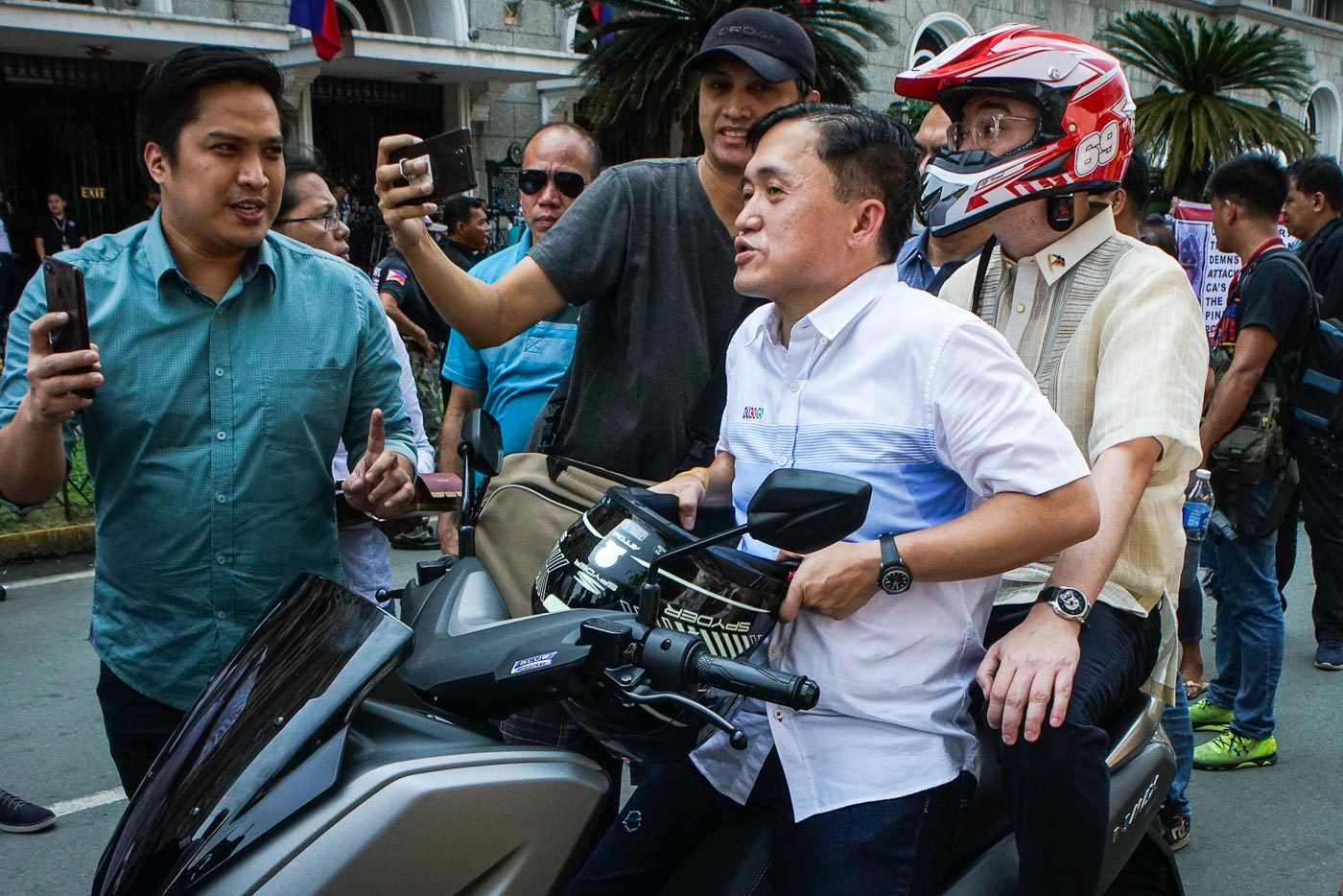 Go said Cayetano is a “close friend” to him and a “loyal ally” to President Rodrigo Duterte. Cayetano was Duterte’s running mate in 2016.

“Lubusan akong nagpapasalamat sa ating Pangulo sa pagkakataon na tulungan siya, through the DFA (I am grateful to the President for the opportunity to help him, through the DFA),” Cayetano said in an interview with reporters.

The politician-turned-diplomat now gunning for an elective post again was a senator for two terms from 2007, but his second term was cut short when he was appointed foreign secretary. – Rappler.com