Election lawyers join forces to back Macalintal for senator 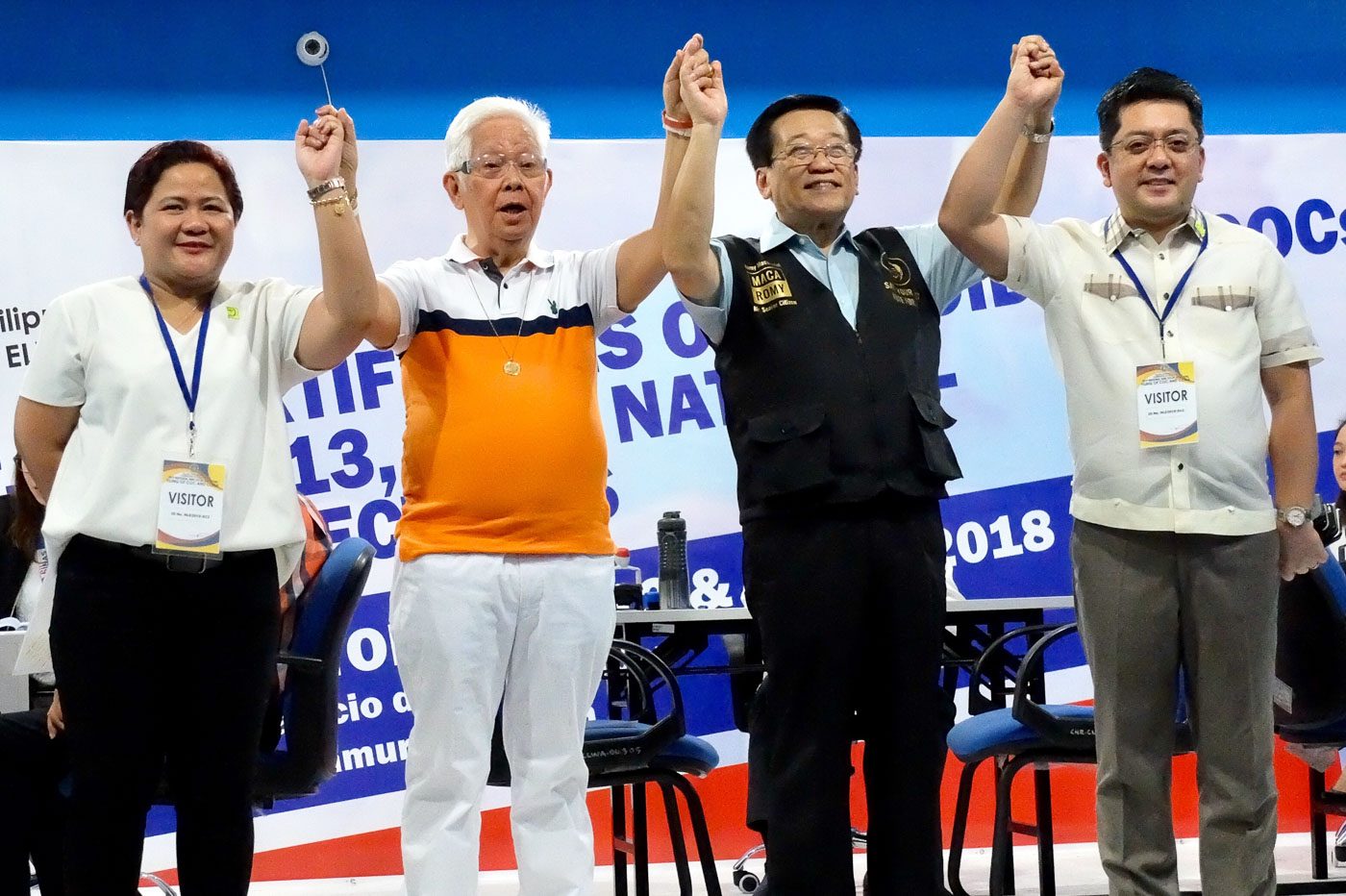 MANILA, Philippines – Though rivals in court, the Philippines’ leading election lawyers joined forces on Wednesday, October 17, as their friend and fellow lawyer Romulo Macalintal filed his certificate of candidacy (COC) for senator.

Wearing not a lawyer’s suit but a vest with his campaign nickname “Maca-Romy,” the lawyer known as “Romy Mac” submitted his COC to the Commission on Elections (Comelec) on Wednesday, the last day of COC filing.

Brillantes, Garcia, and Sardillo accompanied and even raised the hands of Macalintal as they gamely posed before the cameras.

Brillantes was the lawyer of defeated presidential bet Fernando Poe Jr in his election protest against then-president Gloria Macapagal Arroyo, Macalintal’s client, in 2004.

Garcia is the lawyer of former senator Ferdinand “Bongbong” Marcos Jr in his pending election protest against Vice President Leni Robredo, who is represented by Macalintal.

“This is one for the books,” he added.

Macalintal is running as an independent candidate as part of the opposition coalition.

If he wins, the 71-year-old Macalintal said he will push for bigger discounts for senior citizens.

Senior citizens, or those 60 years old and above, already enjoy a 20% discount on food and medicine.

But Macalintal said senior citizens who reach 70 years of age should receive a bigger discount – 30%.

Meanwhile, those who reach 80 years of age should get a 40% discount, while those 90 years old and above should have a 50% discount on medicines and medical services.

Macalintal also said he will push for an amendment to the Centenarian Law, which extends a cash gift of P100,000 to Filipinos who reach 100 years of age.

Responding to a reporter’s question, Macalintal said he is expecting his clients to support his senatorial bid as well. But he said he depends “largely” on senior citizens like himself.

When asked why he decided to transition from election lawyer to politician, Macalintal said in jest, “Siguro baka nahawa ako doon sa aking mga kliyente.” (Maybe I got influenced by my clients.) – Rappler.com