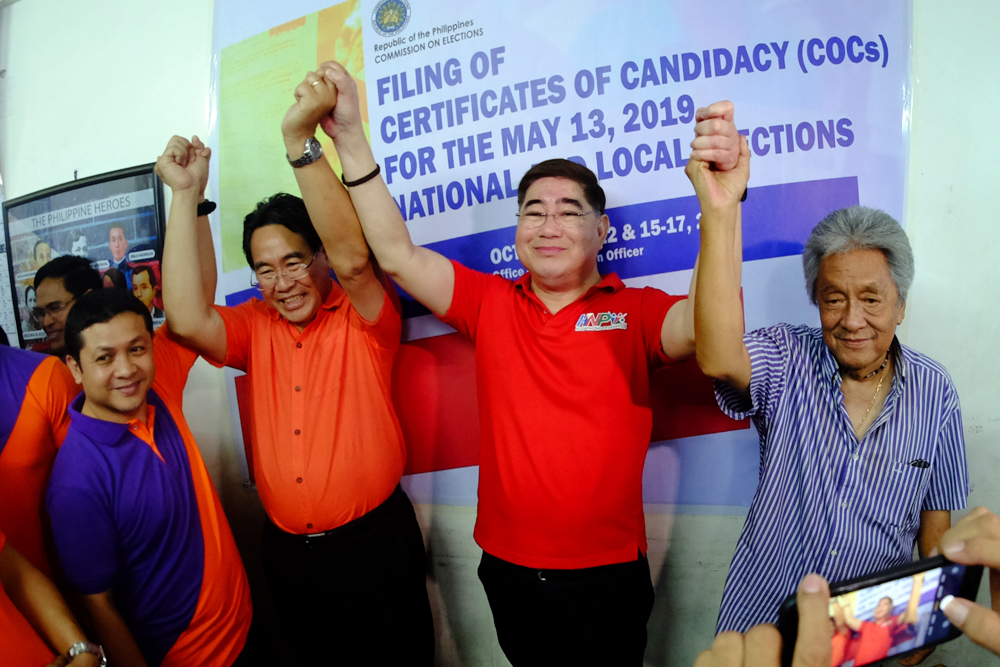 CAGAYAN DE ORO, Philippines – Former agriculture undersecretary Jose Gabriel “Pompee” La Viña filed his certificate of candidacy (COC) on the last day on Wednesday, October 17, against reelectionist Oscar Moreno, whom he ha called in a Facebook post as “the most anti-Duterte mayor in the whole Philippines.”

La Viña, who is running for mayor under the PaDayon Pilipino-Centrist Democratic Party banner, arrived at the local Commission on Elections (Comelec) office accompanied by his mother, Inday La Viña, the first woman councilor of the city.

Prior to his COC filing, La Viña had been taking a swipe at Moreno, saying the latter may not survive the election period as he will be haunted by corruption cases.

La Viña also took a swipe at former city councilor Candy Darimbang, who is running for mayor under the Partido Federal ng Pilipinas.

Darimbang said she is the official candidate of President Rodrigo Duterte. To this, La Viña said, “All I can say is, freedom of speech.”

La Viña said that while some run for money and power, he is running for love. “Cagayan de Oro City is my first love, im running for her and the people,” he said.

His running mate, Emano, was accompanied by lawyer Francis Khu during his COC filing. The visibly frail and aging Emano arrived at 3 pm Wednesday.

Former 2nd district representative Rufus Rodriguez is seeking to return to Congress in 2019.

Rodriguez ran for city mayor in 2016, but lost to former ally Moreno. He was all business during an interview with reporters on Wednesday.

If he wins in 2019, Rodriguez told Rappler, he would file resolutions for funding a feasibility study on urban flooding in the city.

“We will seek funds that will give answers to the floodings here. You cannot just dig around without hard data on where to put our drainage system,” Rodriguez said.

Rodriguez also said he would continue the Coastal Road project, which he started 12 years ago.

The 18-kilometer project runs from Opol, Misamis Oriental, to Barangay Gusa in this city. Rodriguez wanted the project to reach barangay Puerto, which connects to Sayre Highway that leads to Bukidnon and Davao City.

Rodriguez said he would propose the Puerto-Balubal-Gusa-Indahag Bypass road that will connect to western Misamis Oriental.

He would also also seek funding for the University of Science and Technology in Southern Philippines Laguindingan grand campus, and the Northern Mindanao Medical Center.