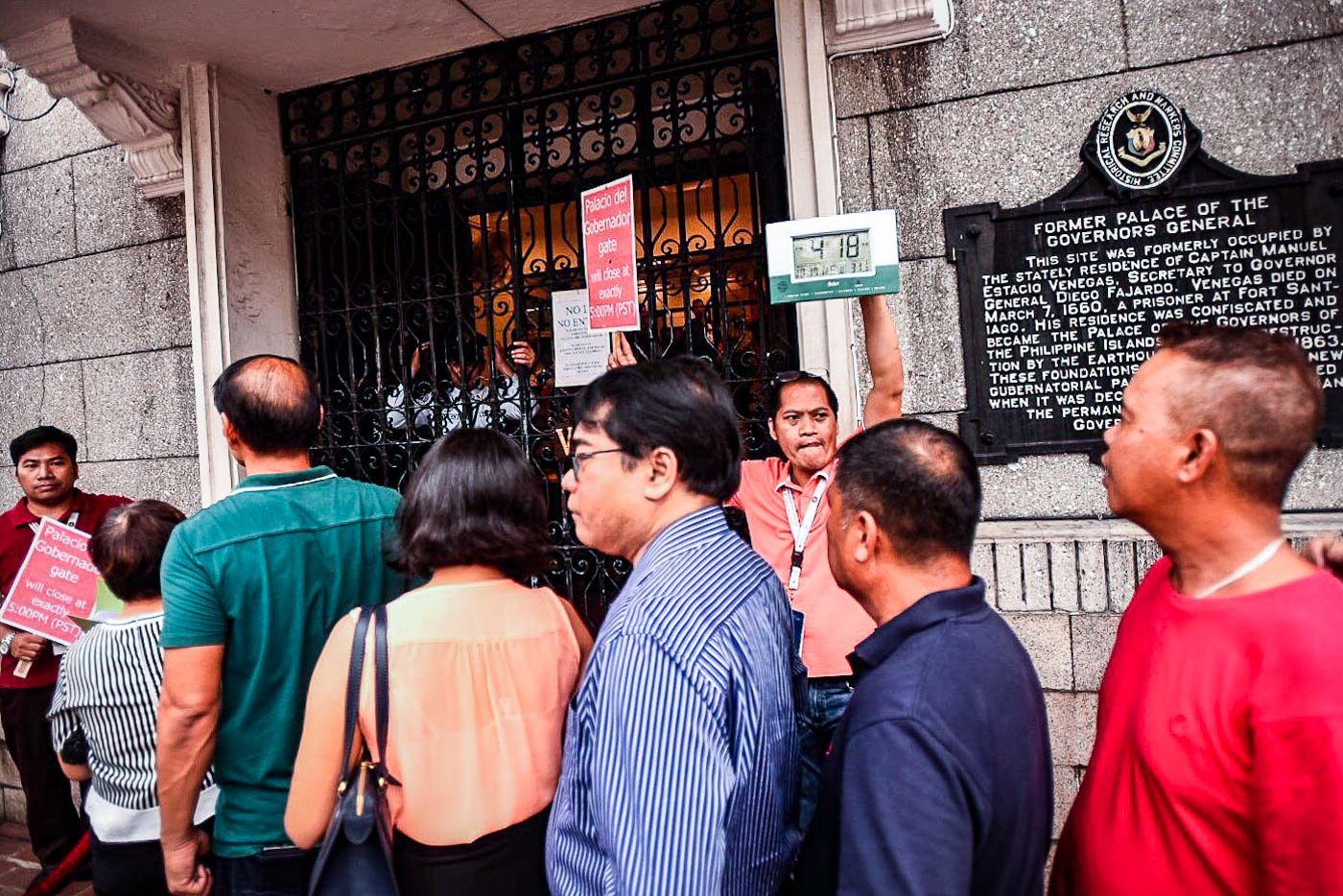 MANILA, Philippines – A mandatory drug test for election candidates may be valid for those seeking local posts only, said Malacañang on Saturday, October 20.

Mandatory drug tests for candidates were already declared unconstitutional by the Supreme Court (SC) in 2008, but Panelo said there may be a way to legally subject local candidates to drug tests.

What are the legal grounds? In 2008, the SC en banc declared as unconstitutional Section 36(g) of Republic Act (RA) No. 9165 or the Comprehensive Dangerous Drugs Act of 2002.

Section 36 (g), now unconstitutional, states that “all candidates for public office whether appointed or elected both in the national or local government shall undergo a mandatory drug test.”

“An extensive review of the cited case also reveals that the prohibition is limited to elective officials whose qualifications and eligibility requirements are prescribed by the Constitution,” said Panelo.

The SC decision discussed that the 1987 Constitution only had specific requirements for the president, vice president, senators, and members of the House. A mandatory drug test would impose an additional qualification not found in the Constitution, said the Court.

“Hence, our take from the case is that the said testing is permitted for local government candidates because Republic Act No. 9165 or the Comprehensive Dangerous Drugs Act of 2002 has validly amended the Local Government Code insofar as their qualifications and eligibility requirements are concerned,” said Panelo.

His new stance is in line with President Rodrigo Duterte’s crackdown on mayors and other local officials with alleged drug links.

What about national candidates? Panelo reiterated his earlier stance that drug tests are illegal for candidates of national posts, still citing the SC ruling.

But he said Malacañang is not dismissing the idea altogether, and that they will discuss it with the Philippine Drug Enforcement Agency (PDEA).

“The Office of the President shall first consider and evaluate these in order to make a learned decision on the matter,” said Panelo.

He instead called on candidates to voluntarily subject themselves to a drug test.

“In the meantime, we maintain our suggestion that those who seek public offices in the 2019 elections voluntarily submit themselves to drug testing for this is an initial step towards equipping our electorate with substantial information as they exercise their right of suffrage,” Panelo said.

The issue has been under scrutiny, especially in the context of PDEA pushing for mandatory drug tests for high school and college students. – Rappler.com