COA to ignore audit requests vs candidates during election season

Nov 7, 2018 2:58 PM PHT
Lian Buan
Facebook Twitter Copy URL
Copied
The Commission on Audit says this is to 'prevent opportunities and circumstances that may impair the independence, neutrality, and professionalism of the Commission, its officers and employees' 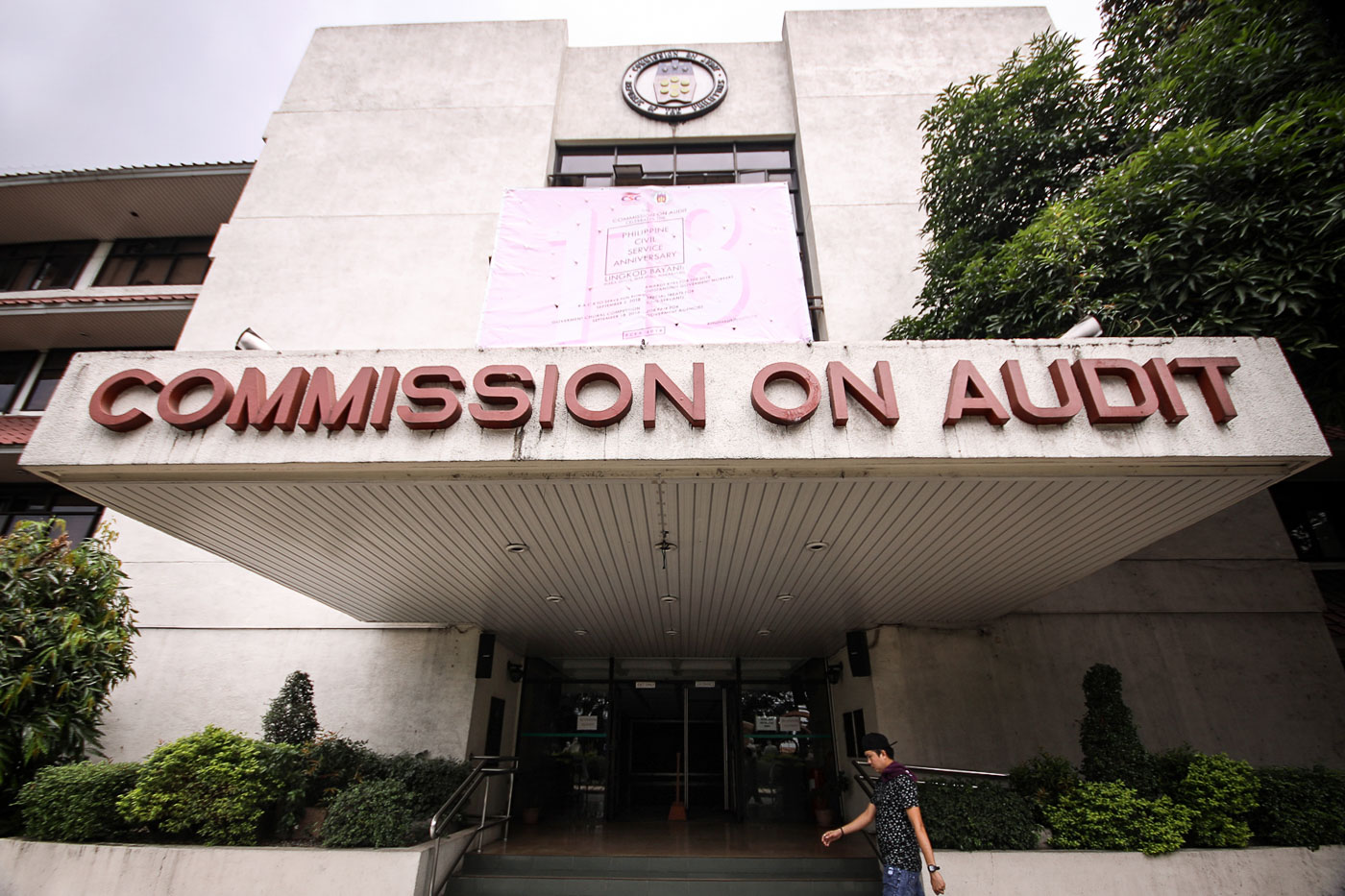 MANILA, Philippines – To keep political rivals from taking advantage of audits to destroy their opponents, the Commission on Audit (COA) will ignore requests to investigate all candidates for the 2019 national and local elections during the election season.

The COA said in a resolution dated October 2 that from October 11, 2018, to May 13, 2019, it will “desist from the creation of teams and the conduct of fraud/special audit based on complaints and/or requests against all candidates in the 2019 national and local elections, including those nominees whose names were submitted to COMELEC by their party-list group.”

COA will enforce the suspension on fraud audits on candidates until May 13, 2019, election day, according to the resolution  signed by COA chair Michael Aguinaldo and Commissioners Jose Fabia and Rolando Pondoc.

The order only applies to audit requests against candidates which were sent to COA after the official filed or her certificate of candidacy (COC).

Audits and other processes that already began prior to the filing of the COC will not be affected.

This is a conscious effort of the COA to “prevent opportunities and circumstances that may impair the independence, neutrality, and professionalism of the Commission, its officers and employees.”

The COA’s mechanism for fraud and special audits do expose them to opportunism as they accept audit requests from private organizations and individuals, even anonymous sources. Tipsters may be political rivals.

“The Commission receives voluminous complaints and/requests for special/fraud audit against candidates in the national and local elections, including nominees of party-list groups. It is necessary for the Commission on Audit, as an independent constitutional body, to uphold its political neutrality,” the resolution said.

The COA added, “This resolution shall in no way curtail or impair the regular functions of the offices, auditing units and audit teams of the Commisison, not otherwise affected by it, which they shall continue to perform in accordance with duly approved work programs.”

The COA under then chair Grace Pulido-Tan released an explosive special audit in August 2013, 3 months after the mid-term elections, which exposed the pork barrel scam and became part of the legal basis to charge and jail prominent senators like Juan Ponce Enrile, Ramon “Bong” Revilla Jr, and Jinggoy Estrada.

Revilla is detained in Camp Crame, awaiting judgment for plunder which may come before the end of 2018, while Enrile and Estrada are out on bail. All 3 are running for senator in 2019. – Rappler.com