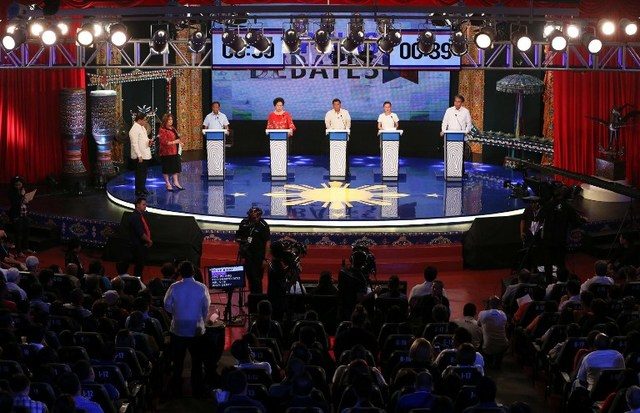 MANILA, Philippines – A House bill seeks to require the participation of candidates in a public debate organized by the Commission on Elections (Comelec), with non-attendance to be considered as an election offense.

Former prosecutor turned Siquijor Representative Ramon Rocamora filed House Bill (HB) No. 8549 on Tuesday, November 13, roughly 6 months before the May 2019 midterm polls. (READ: 5 things to do if the Comelec wants a real debate)

The bill would add new provisions under Section 92 of the Omnibus Election Code, mandating that the Comelec organize at least one public debate among the candidates running for the same position at every level during the campaign period.

The Comelec would have to organize the debates with at least 3 local civic organizations or people’s organizations.

The Comelec would also be required to meet with the candidates to agree on the “most convenient” time, date, venue, format, and rules of the debate, which should include discussions on the candidates’ platforms and their stance on the most pressing local and national issues affecting their constituencies.

Candidates would only be excused from attending the debates due to hospital confinement, temporary detention, or “other analogous circumstances preventing their attendance.”

Should a candidate fail to attend without a valid excuse, the absence would count as a ground for disqualification from running for office.

Rocamora said in his explanatory note for the bill that holding debates would allow voters to make informed choices on election day.

“From here, the similarities and differences of these candidates can be highlighted and this can give the electorate a chance to better identify with whom they want to choose as their representatives and leaders. Unfortunately, the Philippines has yet to fully embrace this practice,” said Rocamora.

“I firmly believe that this bill, when passed into law, will enhance our democratic election process as it strengthens the right of the people to be officially informed of the qualifications of a candidate and allow them to make proper choices as to who should lead them,” he added.

The Comelec and several media companies previously worked together to mount a series of election debates across the country for presidential and vice presidential bets in the 2016 elections.