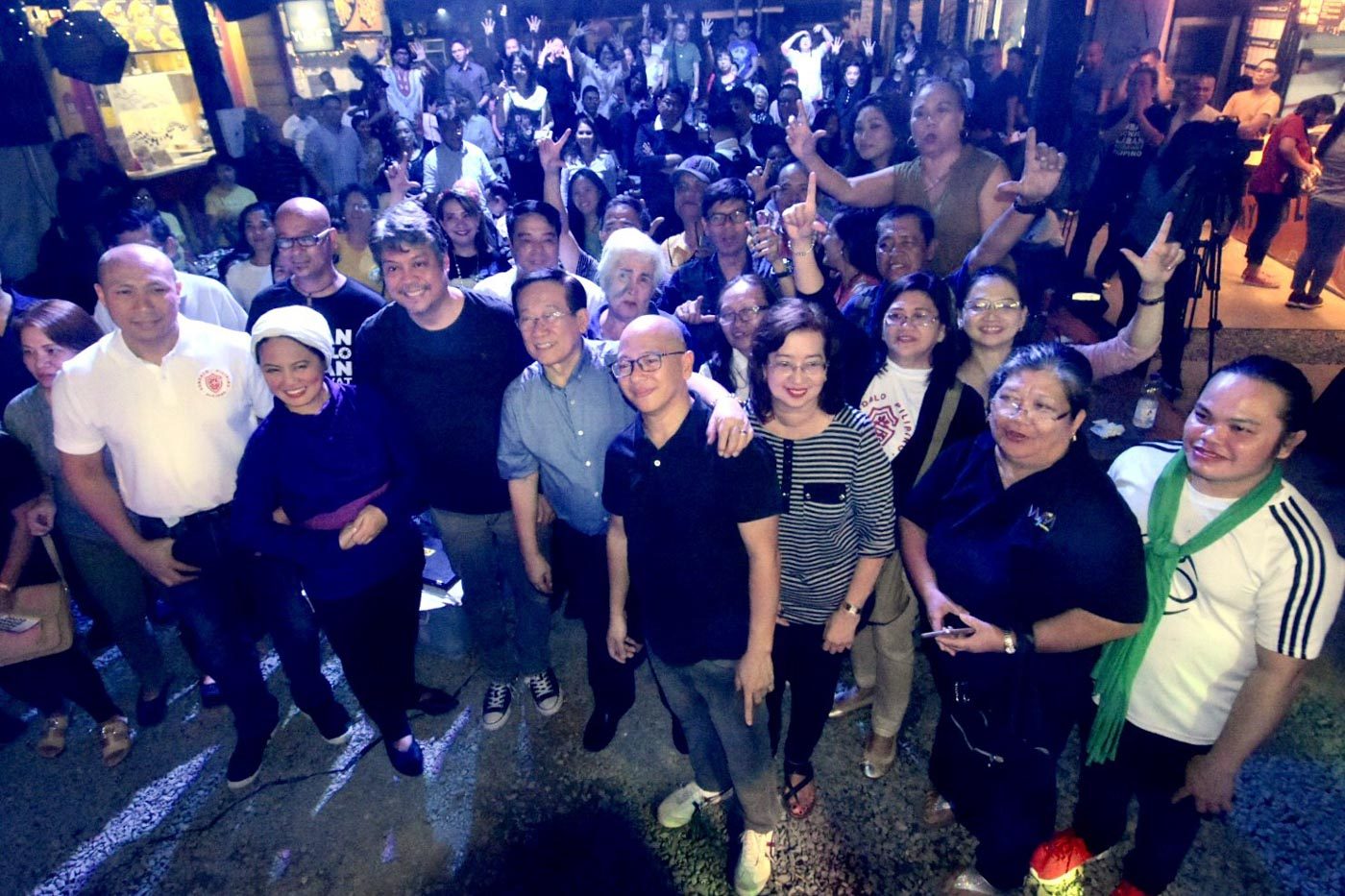 MANILA, Philippines – The Oposisyon Koalisyon and its volunteers are hoping to turn their senatorial candidates’ mostly dismal pre-election survey numbers into victory come the May 2019 polls, inspired by the feat of Vice President Leni Robredo in the last national elections,

Team Pilipinas, the official name of some 2,500 volunteers for the opposition campaign, launched their group in a mini-concert held at a Quezon City food park on Thursday night, November 29.

Former Alicia, Isabela mayor Maria Cecilia Reyes, Team Pilipinas convenor, acknowledged it will be difficult to campaign for all 8 bets. Only former interior secretary Mar Roxas has so far made it into the so-called winner’s circle in the latest pre-election survey. (READ: Opposition’s Senate bets unfazed by poor survey numbers)

But Reyes remains hopeful, recalling that when Robredo ran for vice president in 2016, she started with poor survey numbers, too. (READ: From 1% to Vice President: Robredo inagurated as VP)

(I know it’s an uphill battle. But even then, we had done this before. Don’t we have a candidate that from 1% became Vice President? We did this before. We can do this again for the 8.)

Reyes was referring to Robredo’s initial voters’ preference rating in her vice presidential bid, which began at 1% in earlier pre-election surveys, but slowly climbed as more voters got to know her and her platform. Who are the Senate bets of the Oposisyon Koalisyon? The opposition is fielding a total of 8:

During the Team Pilipinas launch, however, only Alejano, Gutoc, Hilbay, and Macalintal were present. The rest had previous commitments and could not make it to the event.

What message should Team Pilipinas convey about the aspirants? Senator Francis Pangilinan, LP president, told the volunteers that they should focus on how each senatorial hopeful will be able to help address the issues of high prices of goods, jobs, wages, and poverty.

The Oposisyon Koalisyon campaign manager also told Team Pilipinas members that they should campaign not just for individuals in the slate, but all 8 senatorial bets as well. (READ: Oposisyon Koalisyon’s goal in 2019: Gov’t with ‘heart for the people’) (These are the issues that our countrymen feel most strongly about, things that involve their plight due to high prices of goods, livelihood,  jobs. Is the government addressing this?)

(And if we are able to explain to our countrymen that our 8 senatorial aspirants will work on these issues, will fight for their welfare, I think we will be able to convince more people and get more votes.) – Rappler.com