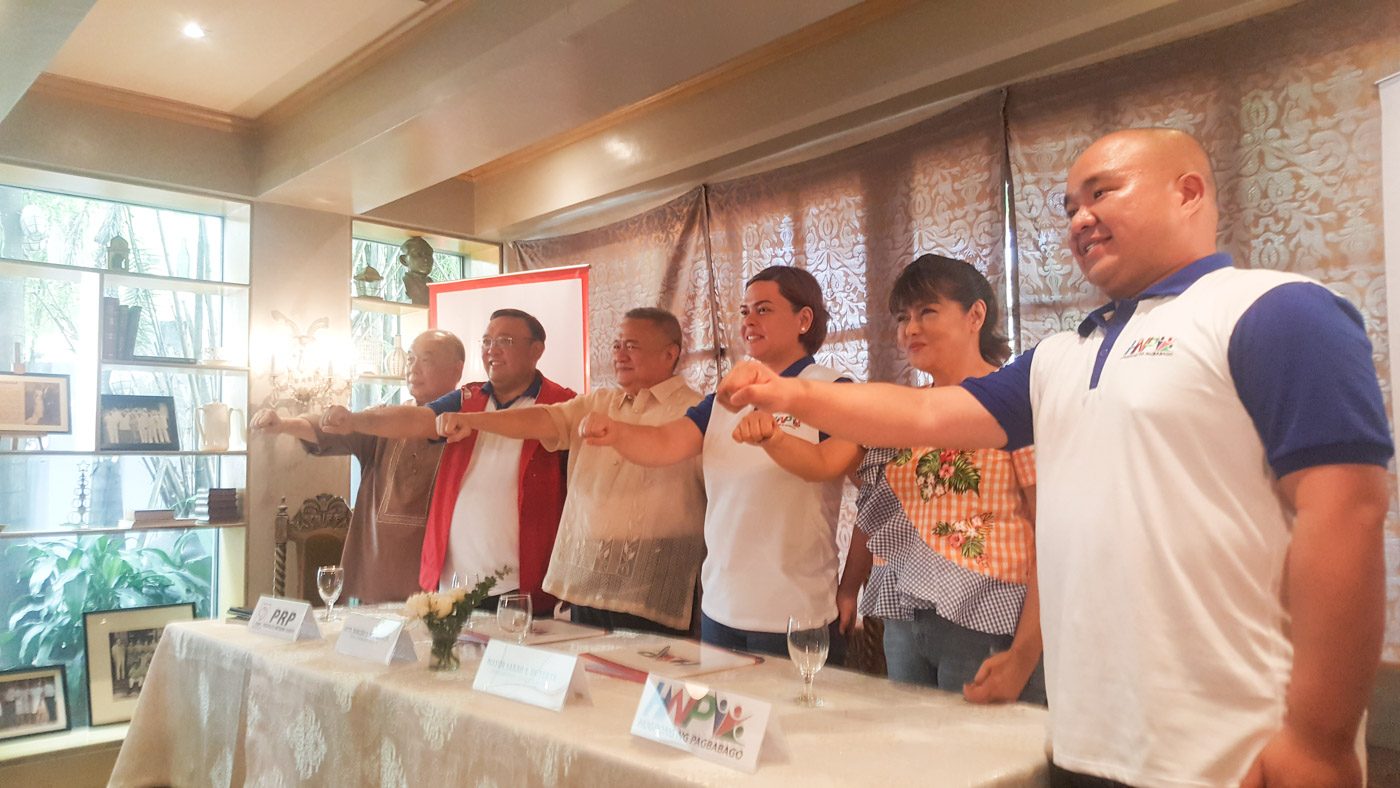 MANILA, Philippines – The political party of the late senator Miriam Defensor Santiago, People’s Reform Party (PRP), is now allied with the regional party of presidential daughter Sara Duterte, in preparation for the 2019 elections.

The formalization of the alliance happened a few hours before Santiago was posthumously conferred the Quezon Service Cross, the highest civilian distinction given by the Philippine government.

As with HNP’s alliance with 3 other national political parties, the agreement means PRP promises to endorse candidates in HNP’s senatorial slates.

PRP president Santiago was asked if the alliance means the party is now officially pro-administration.

“Kami ay tumutulong sa administrasyon at sumusuporta kay Mayor Sara (We are helping the administration and supporting Mayor Sara),” he said in response.

Yet there are some policies of the Duterte administration that appear to contradict the legacy of Miriam Defensor Santiago.

For instance, Duterte has withdrawn from the ICC and taunted its judges. Santiago had herself been an ICC judge, in fact, the first Filipino ICC judge.

Asked if PRP supports Duterte’s unilateral ICC withdrawal, her husband said, “Whatever will be good for the people and the country, we support.”

Santiago then cited the supposed non-publication of the Rome Statute in the Official Gazette. This was one of Duterte’s arguments to justify why the Philippines was never a member of the ICC and thus it has no jurisdiction over him. This has been rebutted by the Center for International Law, former organization of PRP senatorial bet Harry Roque.

Santiago then said the ICC is just being used by critics of the administration.

(Sometimes international organizations are being used just to undermine the President and that’s not right. According to ICC rules, if the court and justice system is working in a country, they shouldn’t be interfering.)

But ICC experts have said the ICC has not yet “interfered” because it is only conducting a “preliminary examination” of a complaint against Duterte, not yet an investigation.