Jan 23, 2019 8:07 PM PHT
Pia Ranada
Facebook Twitter Copy URL
Copied
President Rodrigo Duterte says he will likely have his own 2019 Senate slate, distinct from the slate of his own political party, PDP-Laban 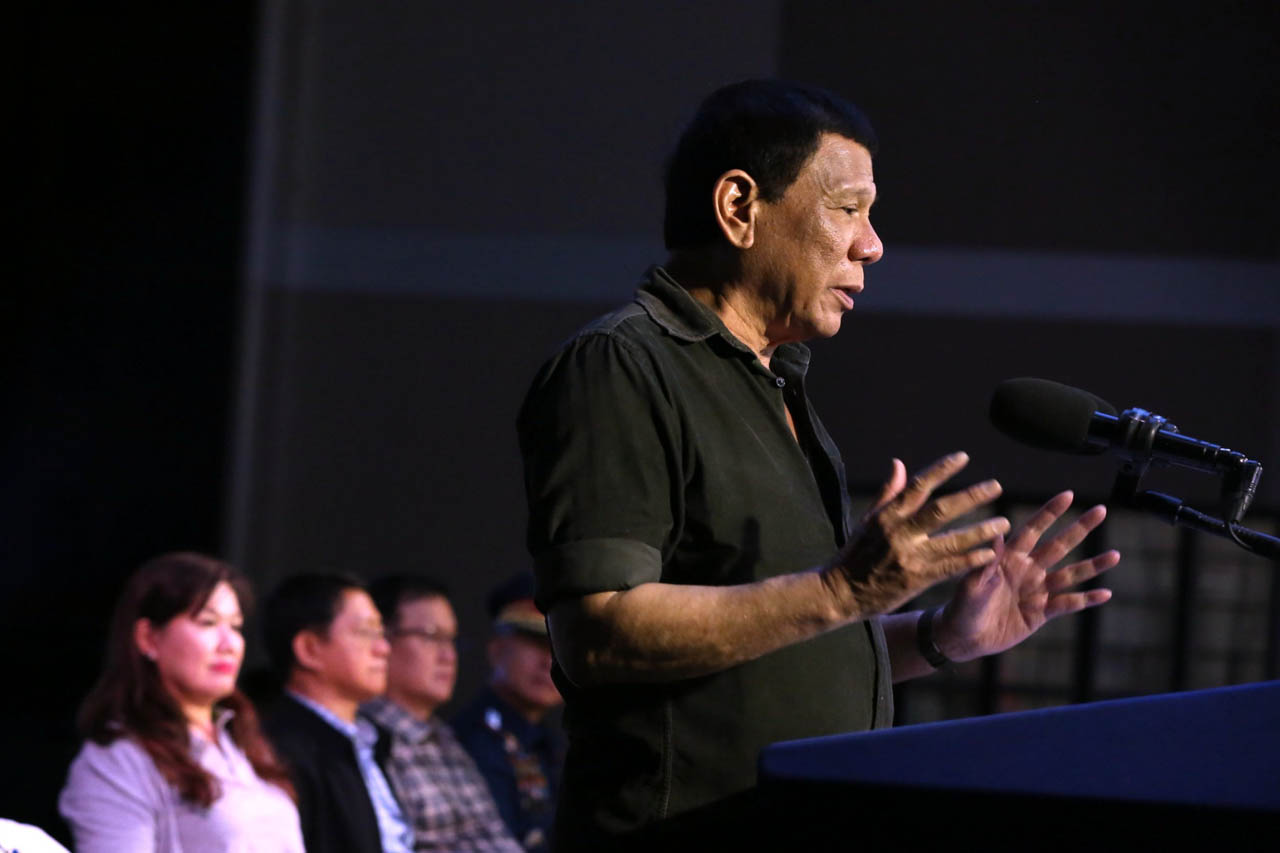 These were the names he gave on Wednesday, January 23, when asked by reporters in a Pasay City event who would be in his Senate ticket

“Si Angara, si Pia, sino pa ba mga babae (who else are the women), Cynthia Villar, of course, they supported me, I have to support them. That’s the right thing to do,” he said.

Duterte also said he will likely have his own slate, distinct from the slate of his political party PDP-Laban. This was necessary, he said, as he and the rest of the party leadership could not agree on who would be in the party slate.

“Yes, I would think so,” he said when asked if he would have his own slate.

“Not all. ‘Di kami magkaintindihan diyan sa (We couldn’t agree on) exact numbers, but I will be supporting those who supported me during the last elections,” he said.

In the past, presidents usually campaigned actively for their political party’s Senate slate, instead of having their own.

A ruling party would also usually have a full slate of 12 while other parties, like the opposition party, would have less. – Rappler.com