Roque says no to death penalty in drug crimes 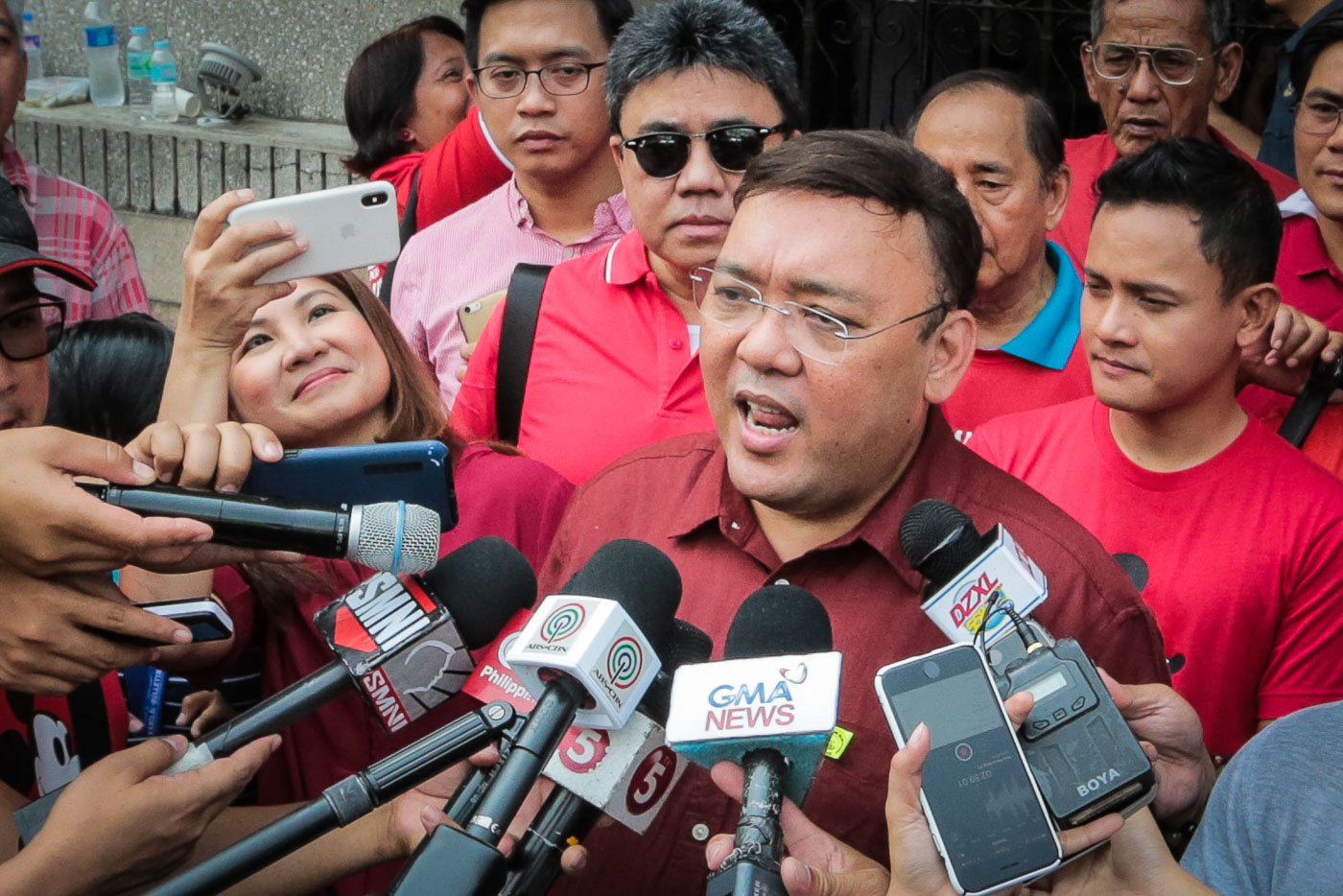 MANILA, Philippines – Former presidential spokesperson Harry Roque said on Sunday, January 27, that he opposes the reimposition of death penalty for drug-related crimes, contradicting the Duterte administration he once served.

Roque put up the sign “no” when asked about it on Sunday during CNN Philippines’ second senatorial forum, “The Filipino Votes.”

Roque, a former human rights lawyer, fought against the death penalty during his time as Kabayan party-list representative. The House of Representatives has passed a bill on capital punishment covering drug pushers and drug lords.

Of the 7 participants in Sunday’s forum, only former interior secretary Alunan said he is in favor of executing drug convicts.

The forum’s format does not allow the candidates to explain their answer, but a succeeding question allowed Alunan to expound.

Saying that reforming the criminal justice system is one way to solve the country’s drug problems, Alunan said: “Society takes care of its addicts, while the government takes care of the syndicates. I would like to impose the death penalty for drug-related crimes especially against the syndicates who undermine the society, and undermine the government.”

In a recent interview on ANC, Alunan said he is hoping that Duterte could endorse him to boost his chances.

Duterte has teased his own lineup, but has not mentioned Alunan, even Roque, so far. – Rappler.com