Feb 3, 2019 4:52 PM PHT
Jodesz Gavilan
Facebook Twitter Copy URL
Copied
While Philippine politics is seen as personality-based, 'from time to time, there are issues that resonate and can really make a difference in national elections' 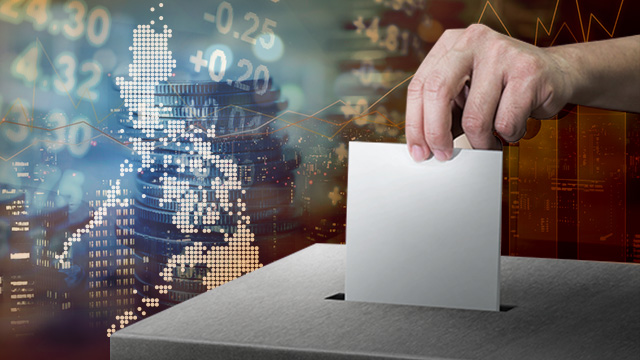 MANILA, Philippines – Saying certain issues “can really make a difference” in Philippine elections, political analyst Julio Teehankee said the economy is one of the matters that can help define the 2019 senatorial polls.

But talking about the economy is not enough, Teehankee said Wednesday, January 30, on Rappler Talk. Discussions should also focus on helping the poorest Filipinos.

“So far wala tayong nakikita na nagsasabi ng ganu’n, anong plano ‘nyo diyan?” Teehankee said in his interview with Rappler editor at large Marites Dañguilan Vitug. “Among the mainstream politicians and candidates, ano ang plano ‘nyo sa pagbabago ng lipunan?” (We haven’t seen anyone lay out their plans so far. Among mainstream politicians and candidates, what are your plans regarding change in society?)

Teehankee posed this question as Filipinos remained burdened by rising prices of commodities and slower economic growth, among others. (READ: [ANALYSIS] How rough was 2018 for the PH economy?)

Teehankee said that as candidates get ready to kick off their campaigns on February 12, they should remember it’s not politics as usual in the Philippines.

“We keep on saying that politics in the Philippines is personality-based, but from time to time, there are issues that resonate and can really make a difference in national elections,” he said.

Teehankee explained that while Philippine elections have long been known for focusing on personalities, the 2016 presidential race, which saw the victory of President Rodrigo Duterte, was somehow an indication of a shift in voters’ mindsets.

What, then, would make a winning candidate in the national elections?

For Teehankee, he or she should not only know how to properly mix and use 3 things – political advertisements through traditional media (air war), grassroots organizing (ground war), and social media (net war).

Campaign strategies now also should be “evidence-based,” veering away from the old traditional ways.

“Hindi mo puwedeng sabihin na puro ground war ka lang o puro air war lang,” he said. “Kailangan meron ka pareho at may social media na magco-connect.” (You can’t say that you’ll be all ground war or even air war. You should have both, and social media to connect.)

A perfect mix of these factors, however, demands resources – especially for those candidates who are not well known. It’s hard to establish yourself in the mainstream and be a national brand if you do not have the same “war chest” as other candidates.

“In the previous elections, we have seen that with enough resources, from obscurity, you can go win the top post in the Senate,” Teehankee said. “Ang disadvantaged talaga ay iyong mga hindi kilala at walang resources.” (Those really disadvantaged are those who are not known and have no resources.)

Midterm elections are usually seen as a referendum on an incumbent administration. Historically, the results favor the incumbent but there were also rare instances that the opposite happened.

“It’s really rare and it takes an extraordinary event for the opposition to win,” Teehankee said, citing the 2007 elections when the Genuine Opposition alliance won against the slate of then-president Gloria Macapagal Arroyo.  – Rappler.com