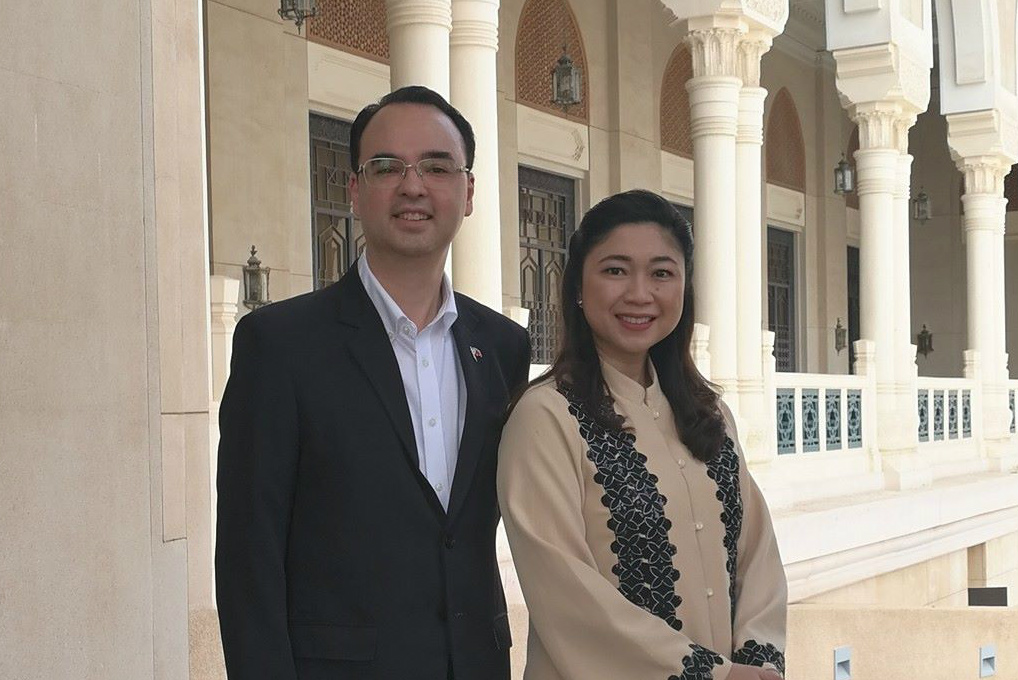 MANILA, Philippines – Spouses Alan Peter and Lani Cayetano “are fooling the people” by running in two separate congressional districts when they claim to live in one residence, said the lawyer in petitions to stop the Cayetano couple from running for Congress.

Petitioner Leonides Buac Jr wants the Commission on Elections (Comelec) to cancel the certificates of candidacy (COCs) of the Cayetano couple because they declared different addresses in their COCs, casting doubt on these documents’ truthfulness.

Buac’s lawyer, Emil Marañon III, appeared in a hearing before the Comelec 2nd Division on Monday, February 4, on the Cayetano couple’s case.

Marañon added that the practice of having husband and wife running in different districts is becoming common practice. “We want Comelec to come up with a definite ruling, ano ba talaga, puwede o hindi (what’s the real deal, is this allowed or not)?”

Marañon reiterated their argument that the “family home” where a couple lives, is their residence for the purposes of elections.

(What the law says is that where you live is where you should run. What happened here is that they supposedly live in one place, but they’re running in different districts. For us that’s very problematic, and that has a problem in relation to the law.)

Lawyer Bernadette Sardillo, who represents two other petitioners against Lani Cayetano, meanwhile said in Monday’s hearing that the Cayetanos have employed a “clever exploitation of the law.”

Cayetano lawyer: ‘But that’s the law’

The Cayetanos’ lawyer, George Garcia, however said there is no doubt that spouses can have different domiciles, even if the law obliges them to live in only one conjugal residence.

In a separate interview with reporters, Garcia explained that a residence is only a “place of abode,” and one can own many residences, according to the Supreme Court.

On the other hand, a person can only have one “domicile,” to which a person can always return and find one’s roots. “Itong domicile, kahit ano’ng mangyari, umalis ka man, mawala ka man, mag-asawa ka man, lagi mong babalikan (As for the domicile, whatever happens, even if you leave or get married, you will always return),” he said.

According to Garcia, Unit 352-A Two Serendra is the Cayetano couple’s “family home” even if they have different domiciles – Barangay Bagumbayan for Alan Peter Cayetano, and Barangay Fort Bonifacio for Lani Cayetano.

Garcia said their camp believes the Comelec will junk the petitions against the Cayetanos.

“We are trying to exercise a right guaranteed by the law itself,” he added.

On the claim that the Cayetanos have been fooling the Filipino people, Garcia said, “Wala po ‘yang puwang sa mga ganitong argumento dito sa Comelec, sapagkat ito po ay labanan, sinabi ng Comelec, ng batas at ng mismong facts.” (That has no space in the arguments here at the Comelec, because this is a battle, as the Comelec said, of the law and the facts themselves.) – Rappler.com