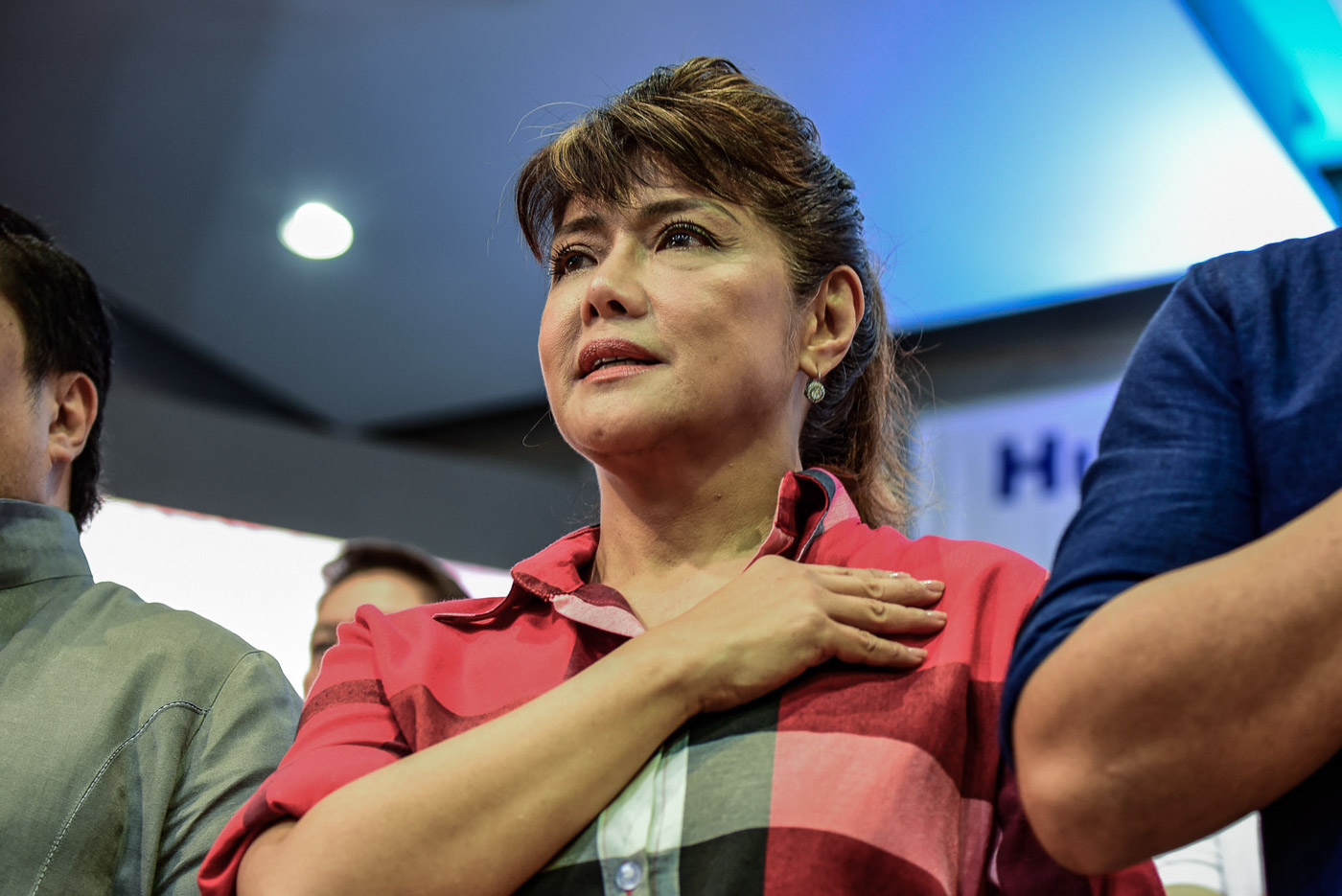 MANILA, Philippines – Ilocos Norte governor and administration senatorial candidate Imee Marcos is willing to bare her bank accounts to the public to prove she did not benefit from her family’s multibillion ill-gotten wealth.

On Saturday, February 9, the daughter of the late dictator Ferdinand Marcos was asked by Magdalo Representative Gary Alejano, a senatorial bet from the opposition, if she is willing to sign a bank waiver.

Marcos said yes, saying she had been filing her Statement of Assets, Liabilities, and Net Worth (SALN) as a longtime politician.

She went on to say she supports including bank waivers among the qualifications for candidates.

(We don’t have a problem with that. I have long been in government, and we submit our SALN every year. That’s why that’s not an issue for me. And, I think, this can be a qualification for different candidates.)

Transparency International estimates that Ferdinand Marcos embezzled some $5 billion to $10 billion from 1972 to 1986 through shell corporations, real estate properties, and money in numerous offshore banks. (READ: What you should know about the agency hunting Marcos’ ill-gotten wealth)

Over the last 30 years, the Presidential Commission on Good Government (PCGG) has recovered at least P170 billion in ill-gotten wealth from the Marcos family.

(We are ready to defend our name. We know the PCGG’s operations are still ongoing, but I don’t want to comment because I am an interested party. But we will keep on fighting these accusations – evidence to evidence, document to document.)

The anti-graft court Sandiganbayan also found evidence that Imee Marcos and her siblings ex-senator Ferdinand “Bongbong” Marcos Jr and Irene Marcos Araneta were among the beneficiaries of the illegal Swiss foundations created and maintained by their mother, Ilocos Norte 2nd District Representative Imelda Marcos, while the latter held government positions from 1968 to 1986.

The Sandiganbayan has convicted the matriarch with 7 counts of graft, but she is appealing the case before the Supreme Court.

Marcos, however, refused to comment on the findings of the court, citing the sub judice rule that bars lawyers and parties to a case from disclosing details of pending judicial proceedings. – Rappler.com