Feb 10, 2019 12:26 AM PHT
Pia Ranada
Facebook Twitter Copy URL
Copied
What matters is not who the Philippines is engaging in joint exploration with but whether or not the agreement abides by the Constitution, says administration bet Koko Pimentel 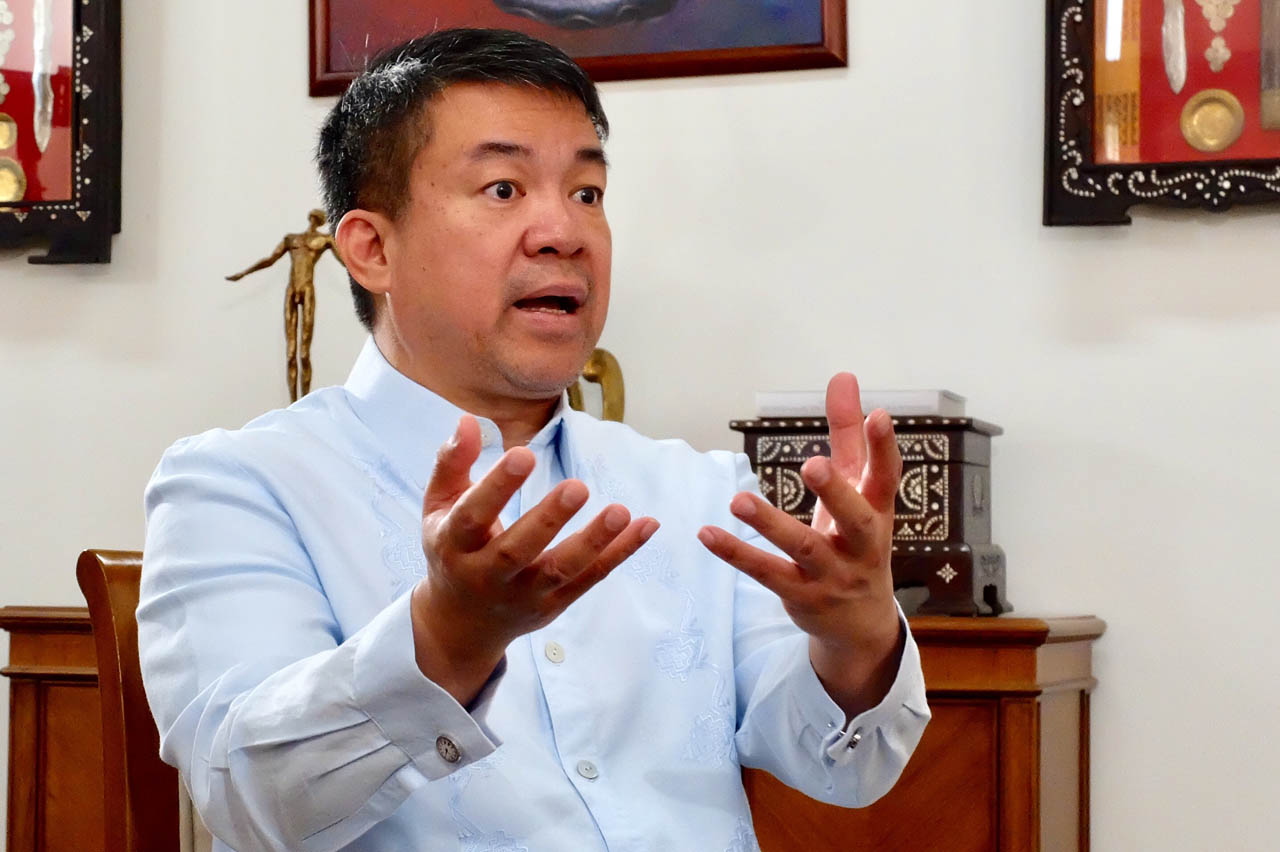 MANILA, Philippines – Administration bet Aquilino “Koko” Pimentel III said Filipinos should not fear China if it engages in joint exploration with the Philippines in the West Philippine Sea.

Instead, Filipinos should pay attention to how legally sound and consistent with the Constitution any agreement with China on joint exploration will be.

“Let us focus on the constitutionality and legality of the agreement,” he added.

The senatorial debate was aired by GMA News on Saturday, February 9.

The older Pimentel spoke of how China puts pressure on developing countries that are burdened with heavy debts after taking massive loans from Beijing.

“What’s important is, if the exploration is inside the Philippine territory or within our EEZ (exclusive economic zone), there has to be consent of the Republic of the Philippines,” said Pimentel.

Former Bayan Muna representative Neri Colmenares countered Pimentel during the debate, saying the Philippines should not make any concessions as it still needs to make China respect the 2016 legal victory won by Manila in an international tribunal against their claim on the West Philippine Sea.

(We should assert our sovereign rights in the West Philippine Sea…. We won in the tribunal. Why are we acting like the loser?)

Colmenares said China will not dare invade countries with competing claims on the South China Sea, like Vietnam and Taiwan, because they know it will mean picking a fight with the rest of the international community.

Pimentel responded by assuring Filipinos of President Rodrigo Duterte’s good relationship with Chinese President Xi Jinping. He again emphasized that it will all come down to whether or not the agreement is legal and constitutional, not who the Philippines is signing an agreement with. – Rappler.com