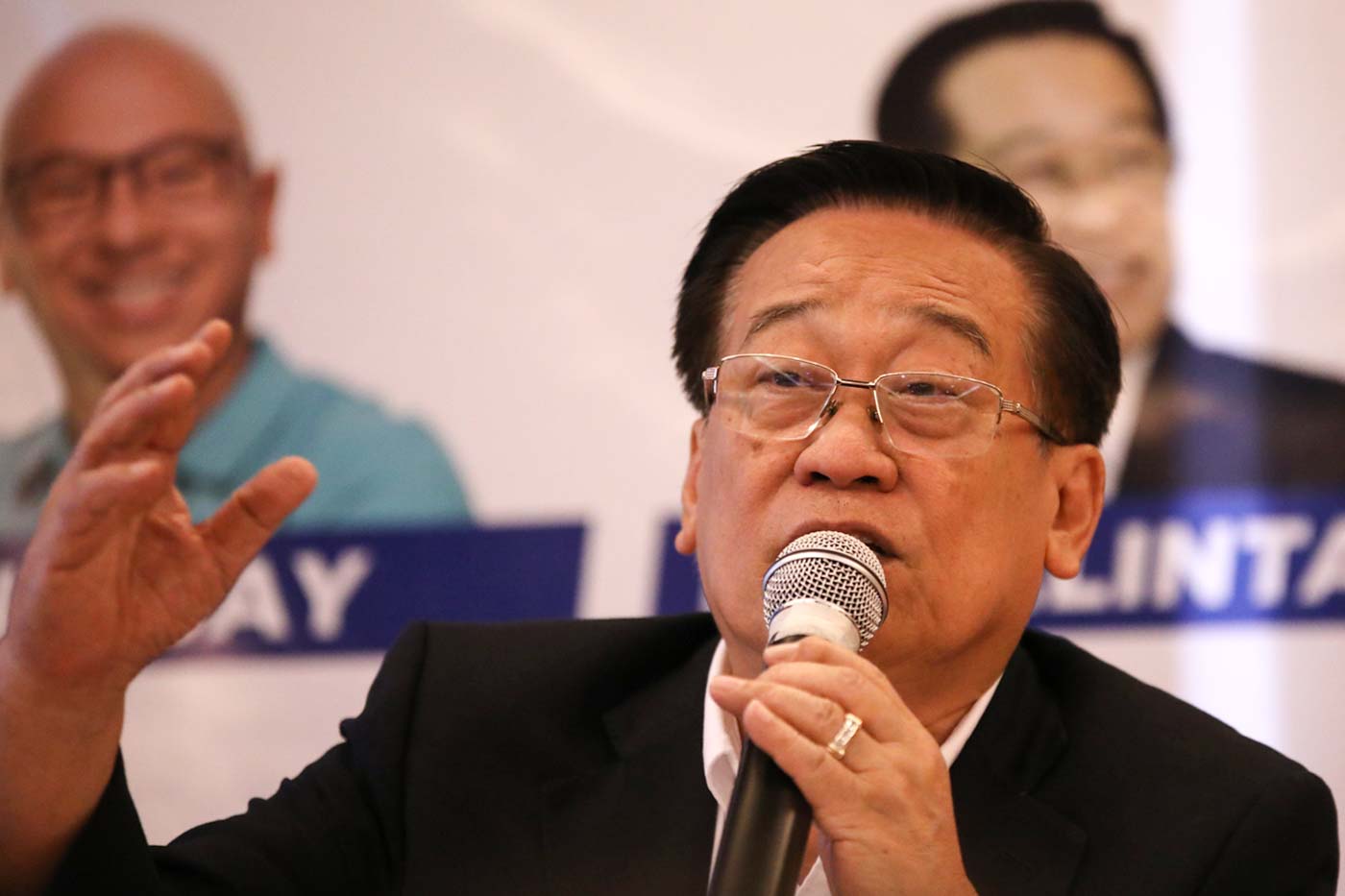 MANILA, Philippines – Saying there is no “bad taste” in such “exchange deals,” veteran election lawyer Romulo Macalintal defended his strategy of seeking his former clients’ endorsements in the May senatorial race.

Macalintal had offered to help his ex-clients with their legal troubles in exchange for boosting his senatorial bid. The senatorial bet justified this during GMA News’ senatorial debate that aired on Saturday, February 9. (WATCH: #TheLeaderIWant: Romulo Macalintal – from election lawyer to candidate)

(I don’t see any conflict of interest there, because all my clients are politicians, candidates I was able to help. That’s why I’m asking them to campaign for me in their areas because they are the leaders there.)

It was in October 2018 that Macalintal told ANC’s Headstart that he is offering “exchange deals” to his former clients: They can help him campaign for senator and Macalintal can help them with their legal problems in return.

Macalintal, the lead legal counsel of Vice President Leni Robredo in the electoral protest filed against her by ex-senator Ferdinand “Bongbong” Marcos Jr, has so far been lagging behind in the pre-election surveys.

During the debate, Macalintal explained seeking his ex-clients’ endorsements would mean less resources for him to spend for his campaign.

(What I don’t like is I would spend so much money then I would get more once I become senator. That’s the one with bad taste. Asking for exchange deals does not leave a bad taste in the mouth.)

But should the endorsements help him win a Senate, how can he assure the public he will not engage in other exchange deals as an elected official? For Macalintal, his track record speaks for itself.