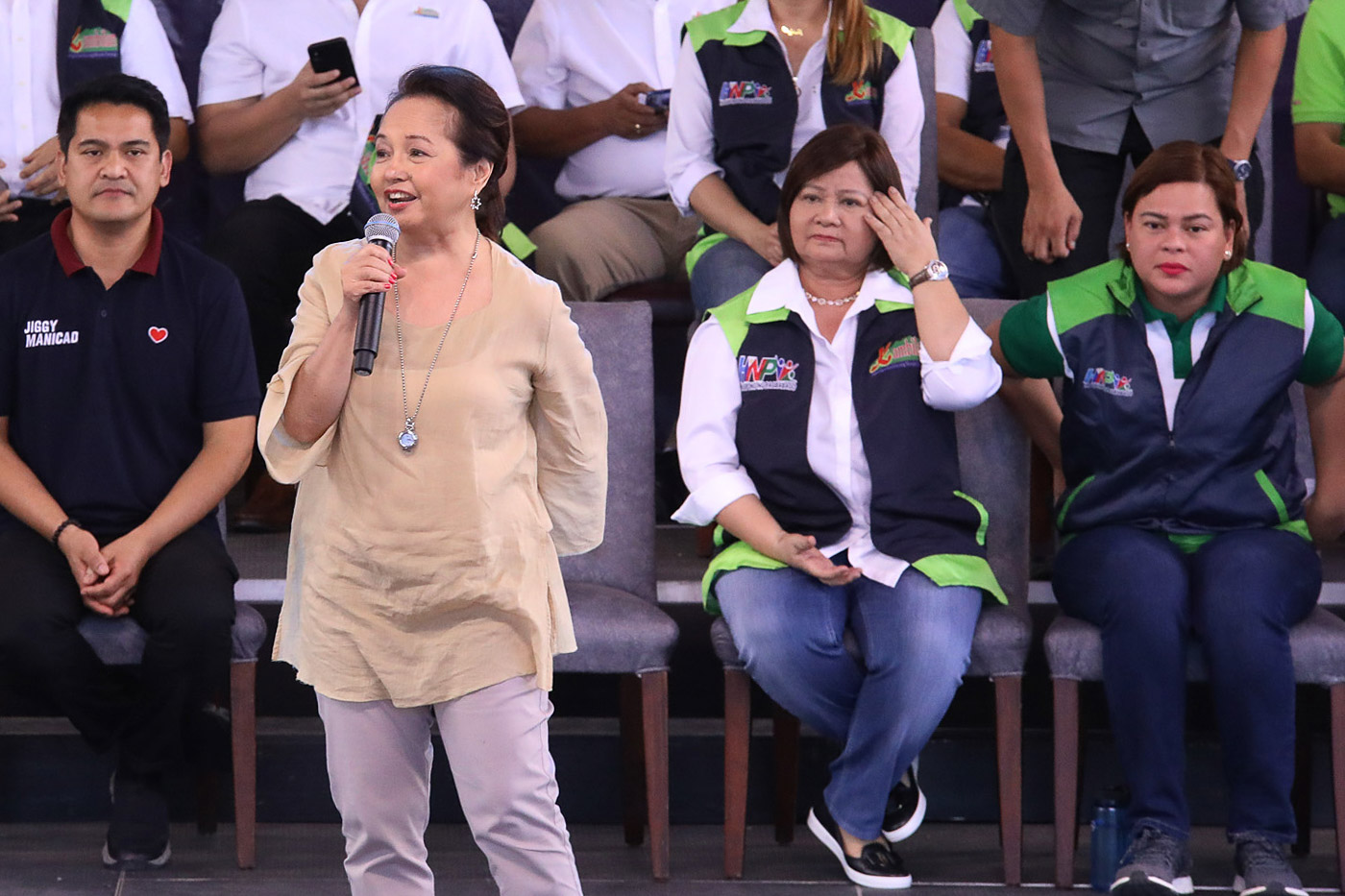 (The most important thing is that the people of Pampanga remember the father of Sara Duterte.)

(Because in the last elections, the biggest landslide victory Mayor Duterte got outside of his bailiwick was in none other than the province of Pampanga!)

The House Speaker then introduced the senatorial candidates of Hugpong ng Pagbabago who were already onstage.

Sara, in her speech, thanked Arroyo for her presence and support.

The two women have proven instrumental in each other’s politics. Sara had played a big role in securing the speakership for Arroyo. Even her father credits her for ousting former House speaker Pantaleon Alvarez, the President’s own ally, back in July 2018. (READ: The women behind the fall of Alvarez) – Rappler.com