Feb 21, 2019 8:50 AM PHT
Mara Cepeda
Facebook Twitter Copy URL
Copied
With Cebu Governor Hilario Davide III attending another commitment, the Otso Diretso bets will bank on their volunteers during their first visit to the province that boasts more than 3 million voters 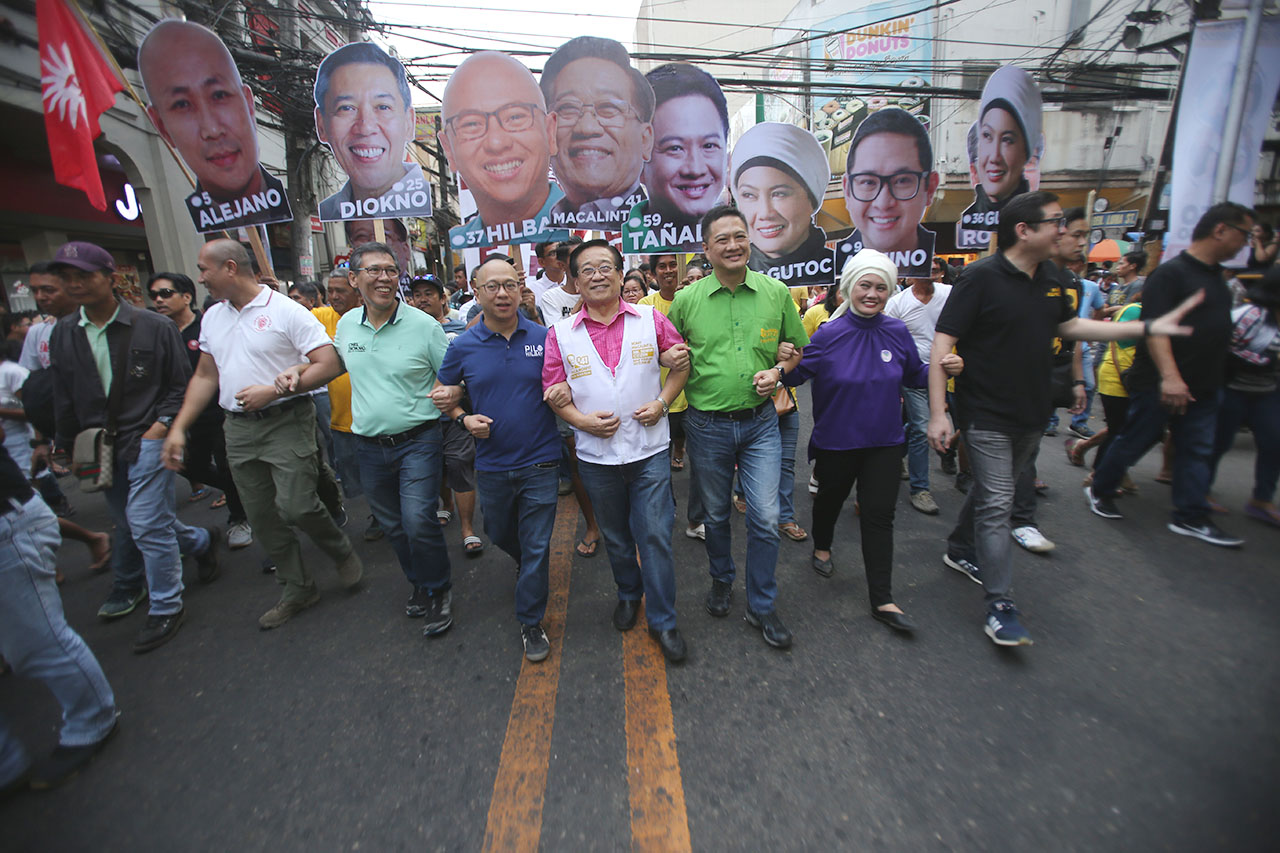 CEBU, Philippines – Courting more than 3 million voters is a daunting task for a senatorial ticket lagging behind in the pre-election surveys.

But Vice President Leni Robredo said the Otso Diretso slate is “very realistic” yet “optimistic” as they gear up to campaign in Cebu, the country’s most vote-rich province, on Thursday, February 21. (READ: Robredo urges voters: Look beyond candidates’ popularity)

“We are very realistic but we’re optimistic… Gaya ng sabi ko kanina (Like I said earlier), we’re fired up, we’re optimistic. We know it’s difficult, pero (but) it doesn’t bother us that we don’t have a lot of local officials na kakampi (who are our allies),” said Robredo during her press conference on the Istorya ng Pag-asa Film Festival held in this city on Wednesday, February 20.

Former interior chief Mar Roxas will be skipping the rounds in Cebu City.

The rest of Otso Diretso will spend Thursday morning granting interviews to local news organizations, before having lunch with their campaign volunteers at the Sacred Heart Center.

Robredo will then join them at the same venue, where each of the senatorial hopefuls will be given time to discuss their platforms before representatives of various sectors. (READ: Can Otso Diretso do a repeat of Robredo’s 2016 victory?)

The Otso Diretso slate will then proceed to the University of Cebu-Banilad Campus, where they will discuss voters’ education as well as their platforms.

They will end the day by paying a courtesy call on Bishop Jose Palma at the Cebu Metropolitan Cathedral.

Volunteers ‘all fired up’, but no Davide for now

The Vice President conceded there are only a few local leaders from Cebu who will support the opposition coalition’s senatorial bets in the 2019 elections.

This is after politicians from the once-ruling Liberal Party (LP) – of which Robredo now chairs – jumped ship to Partido Demokratiko Pilipino-Lakas ng Bayan when Rodrigo Duterte won as President in 2016.

Among LP’s remaining allies in Cebu is Governor Hilario Davide III, who is seeking to run for vice governor in May. He gave way to his ally and incumbent Vice Governor Agnes Magpale, who will go head-to-head with Cebu 3rd District Representative Gwen Garcia in the gubernatorial race.

The Vice President praised Davide for sticking it out with LP, saying the governor “espouses the values that the LP stands for.” (READ: Liberal Party now ‘listens’ to the people it once ignored)

Davide, however, will not be able to join Otso Diretso in Cebu City due to a previous commitment.

Still, Robredo said Otso Diretso’s Cebuano volunteers are “all fired up” to do what they can for the slate, even creating candidates’ posters on their own.

She credits the volunteers’ enthusiasm to the track records of the people they will be campaigning for. – Rappler.com