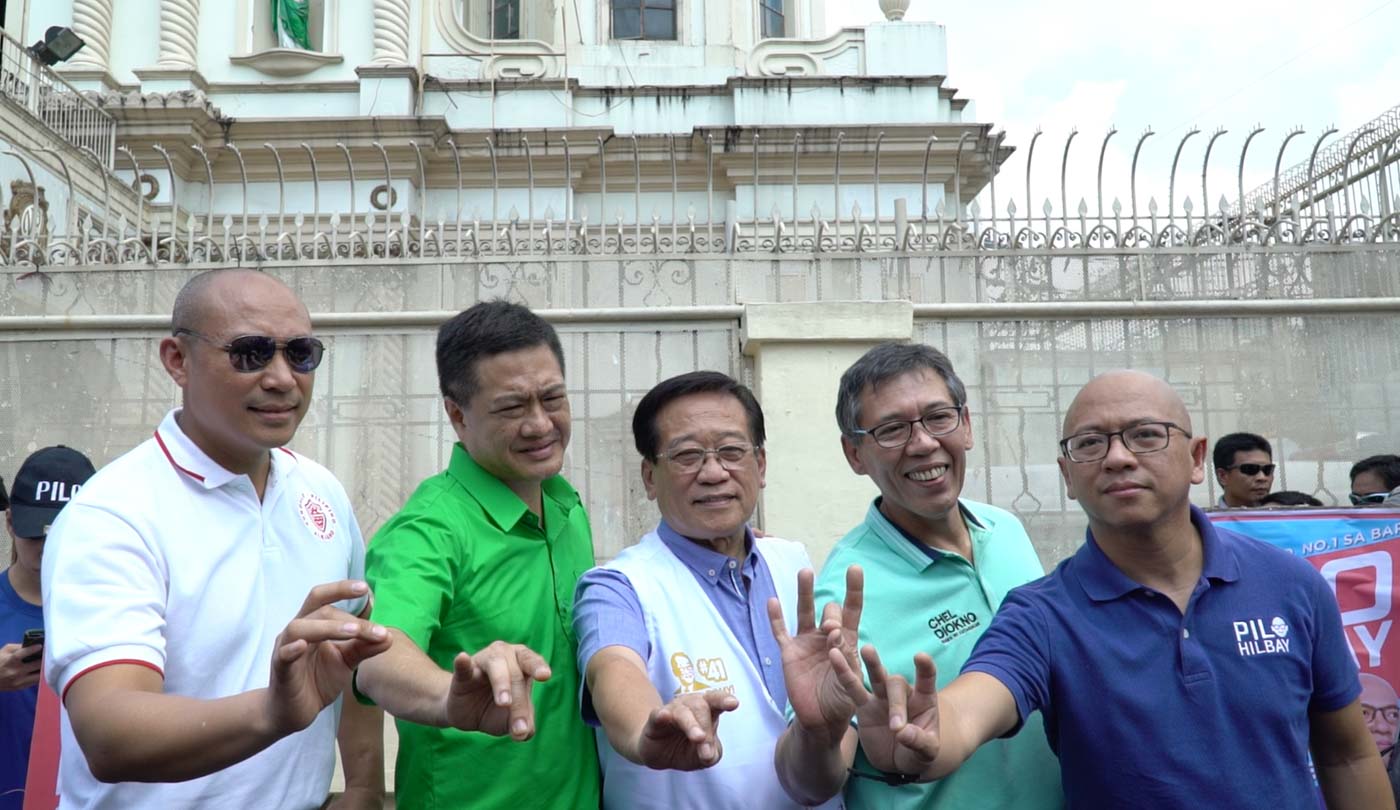 The opposition senatorial candidates of Otso Diretso earlier challenged their opponents to a debate on some of the country’s most pressing issues, to be held on the 33rd anniversary of the EDSA Revolution. The set time of noon, however, came and went with no sign any debate would take place.

Diokno said it was unfortunate that HNP bets chose not to show up to discuss issues. He said citizens have the right to know where candidates stand on issues so they can decide who they would vote for in the May polls.

Diokno earlier suggested February 25 as the day for the debate – an interesting pick as it is the anniversary of the bloodless revolution that toppled the late dictator Ferdinand Marcos from power in 1986.

Diokno is the son of the late former senator Jose “Pepe” Diokno, a staunch critic of Marcos’ iron-fist rule and a stalwart of the country’s human rights movement.

Like Diokno, Tañada and Hilbay said the battle for the Senate should be about solutions to issues that Filipinos face, such as high prices of goods. These solutions, they said, would become the agenda of the next Senate.

(It’s important for Filipinos to know why they’re not answering…. Are they afraid? Do they stay silent when they see wrongdoing? We’re ready to take a stand when we know a policy is wrong.)

Asked why other opposition bets such as ex-interior secretary Mar Roxas, reelectionist Senator Bam Aquino, and Marawi civic leader Samira Gutoc were not present, Tañada told Rappler the candidates had prior activities lined up for the day.

Alejano said bringing up issues where candidates may be put on the spot was not “negative campaigning,” but setting the record straight. He called on senatorial bet Bong Go, in particular, to explain the government’s stand on the West Philippine Sea as he was the “face” of the Duterte administration.

(If they’re saying this is negative campaigning, [it’s] because they don’t want to raise issues where they will be put on the spot…. It’s important to know not just what’s positive…. Let’s not hide the negative because those are on the record. Call them out if they’re wrong because it’ll be the citizens who will suffer.)

Macalintal said the opportunity to debate is in fact “positive” as it would give candidates the chance to clarify issues and present their qualifications.

The Otso Diretso candidates said they remain open to debating with HNP bets any time, anywhere.

HNP bets were at a campaign gathering in Meycauayan, Bulacan, at the time the debate was set to take place.

As administration-allied bets, HNP’s senatorial candidates have more resources and machinery in their arsenal compared to the Otso Diretso slate, most of whom are lagging behind in preelection surveys, so far. – Rappler.com