Feb 26, 2019 1:20 PM PHT
Pia Ranada
Facebook Twitter Copy URL
Copied
Hugpong ng Pagbabago head Sara Duterte says her candidates will only show up for a debate with Otso Diretso bets if they reach an 'agreement' on rules and format 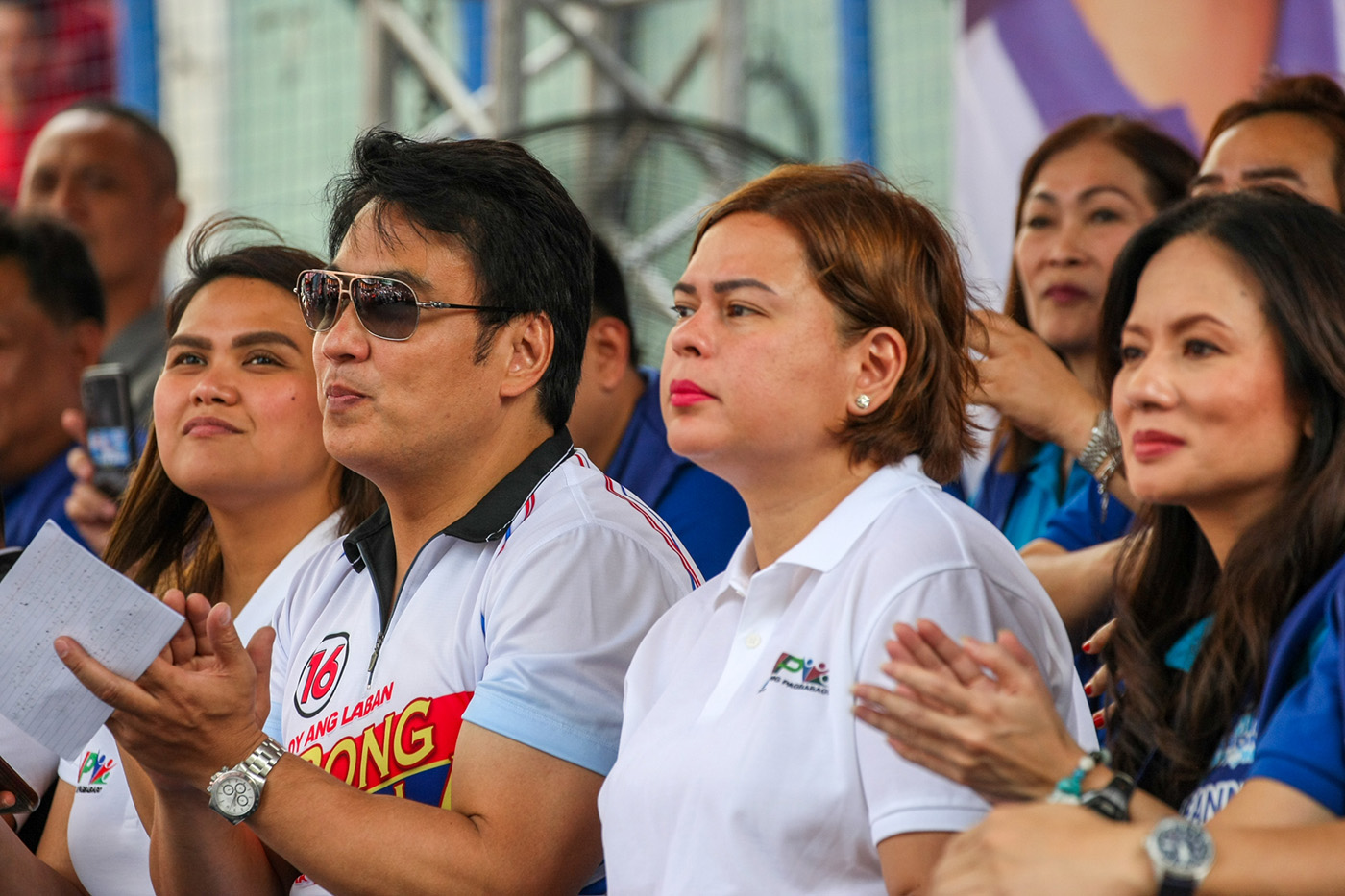 MALABON, Philippines – No Hugpong ng Pagbabago (HNP) senatorial candidates showed up at the opposition slate Otso Diretso’s debate challenge because there was no formal invitation and agreement.

This was how Davao City Mayor Sara Duterte, chairperson of HNP, explained why her party’s Senate bets were a no-show at Plaza Miranda in Manila on Monday, February 25.

“Willing mag-debate ang some of the candidates (Some of the candidates are willing to attend a debate), but only if there is an agreement about the rules, venue, ‘yung mga ganoon (details like that). Hindi puwede unilateral ang pag-decide about a debate (Decision-making about a debate can’t be done unilaterally),” said Duterte on Tuesday, February 26, in Malabon City.

WATCH: Sara Duterte says HNP candidates didn't show up at debate with opposition candidates in Quiapo yesterday because Liberal Party staff did not coordinate with them. @rapplerdotcom #PHVote pic.twitter.com/dwFwseX93F

She had just led a campaign rally for HNP candidates, hosted by Malabon Representative Ricky Sandoval and his wife, Vice Mayor Jeannie Sandoval.

She criticized the manner by which Otso Diretso candidates invited HNP, calling it “barabara” (haphazard).

(You can’t just say, “Let’s debate here now.” It’s as casual as saying, “Let’s get into a fistfight.” It’s like that. Haphazard, market style, so it can’t be like that.)

In the 2016 elections, challenges between candidates were common. Duterte’s own father, then-Davao City mayor Duterte, had challenged then-Liberal Party standard-bearer Mar Roxas to a gun duel while Roxas had challenged Duterte to slap him.

“‘Pag mayroong debate, dapat may agreements (If there’s going to be a debate, there should be agreements) just like how professionals do it,” the younger Duterte added.

The HNP chairperson and campaign manager said Otso Diretso candidates could have written to the various national political parties which have signed alliances with HNP, like the Nacionalista Party, Nationalist People’s Coalition, and PDP-Laban.

She also expressed openness to an HNP-Otso Diretso debate organized by the Commission on Elections.

Otso Diretso candidates showed up at Plaza Miranda for the “debate” on Monday, during the 33rd anniversary of the EDSA People Power Revolution. They had done so after hearing that Mayor Duterte had said HNP candidates were “willing” to engage in a debate with the opposition candidates. – Rappler.com