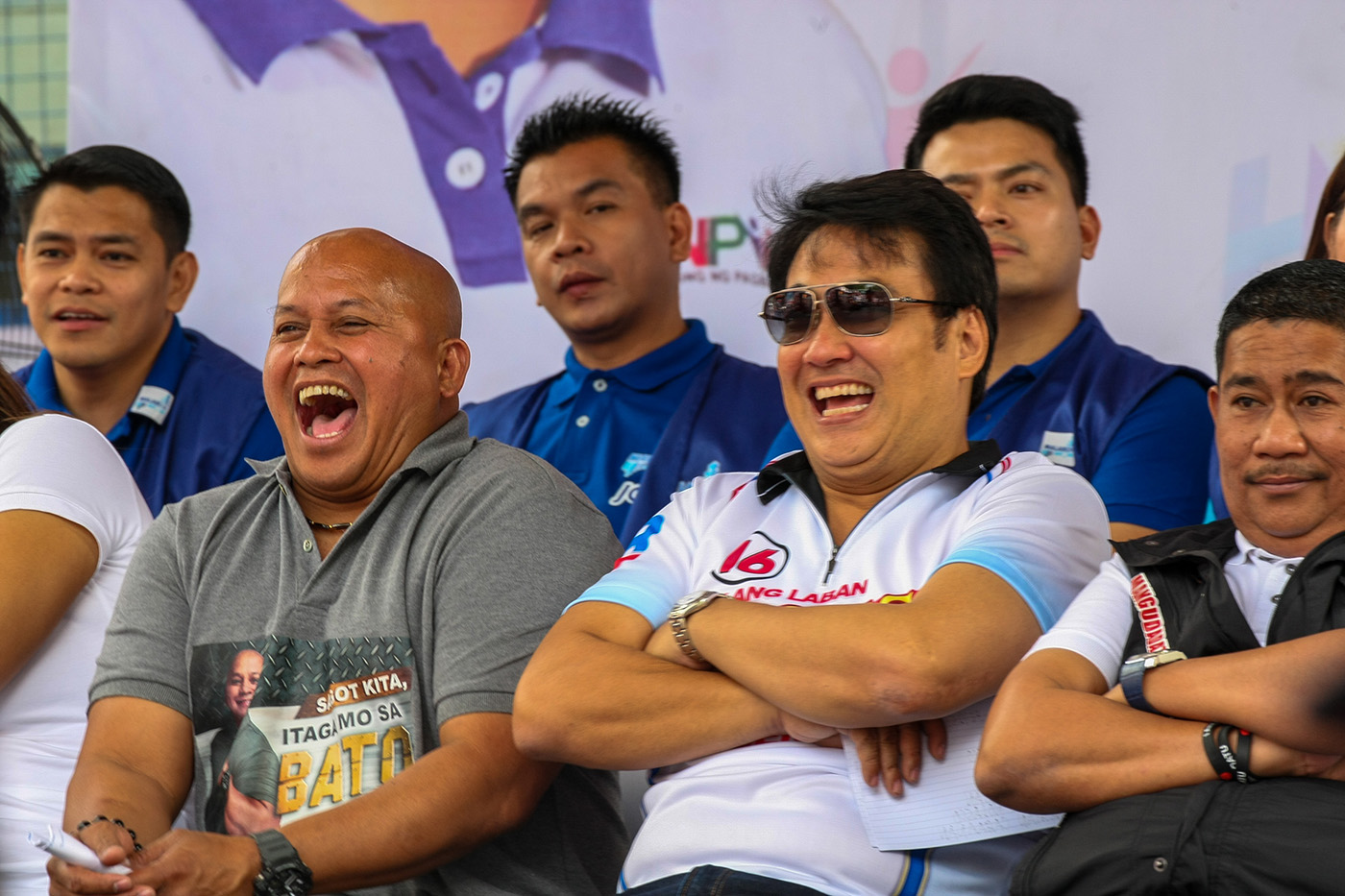 NAVOTAS, Philippines – Illegal Chinese workers should be given a chance to abide by Philippine law before being deported, said former police chief and now senatorial bet Ronald dela Rosa.

(Illegal is illegal, right? If they are illegal, they should be made legal.)

He was asked to weigh in on President Rodrigo Duterte’s statement that illegal Chinese workers should be left alone since there are also thousands of Filipino workers illegally working in China who are not deported.

If the Chinese workers aren’t able to meet the “minimum requirements,” that’s when they should be deported, explained the former top cop.

(They are illegal so they have to be deported, if they are illegal. If there is a way for them to become legal, they should comply with the requirements. That depends on the Bureau of Immigration already.)

He had initially been asked to react specifically to Duterte’s remarks, but Dela Rosa said he would have a hard time commenting since he himself did not hear the President say those words.

Last Saturday, February 23, Duterte said illegal Chinese workers should just be allowed to work in the Philippines because Filipino workers in China who should have also been deported are not deported.

“Of course, we have to protect our Filipino workers. We have to give them priority at any given time,” Ejercito told reporters in Navotas.

Angara said Duterte was right that the issue of Chinese workers in the country is a diplomatic one given the presence of many Filipino workers in other countries.

But like Ejercito, he said jobs in the Philippines must go to qualified Filipinos first.

(We have a provision in the law that says if there are qualified Filipinos for a certain job, foreigners should not be hired for it, so I guess just implement what’s in the law.)

“No to Chinese workers coming in and replacing Filipinos,” he had said in a CNN Philippines forum last January.

Another opposition bet, former solicitor general Florin Hilbay, said the government must take responsibility for allowing plenty of Chinese to work illegally in the country. – Rappler.com