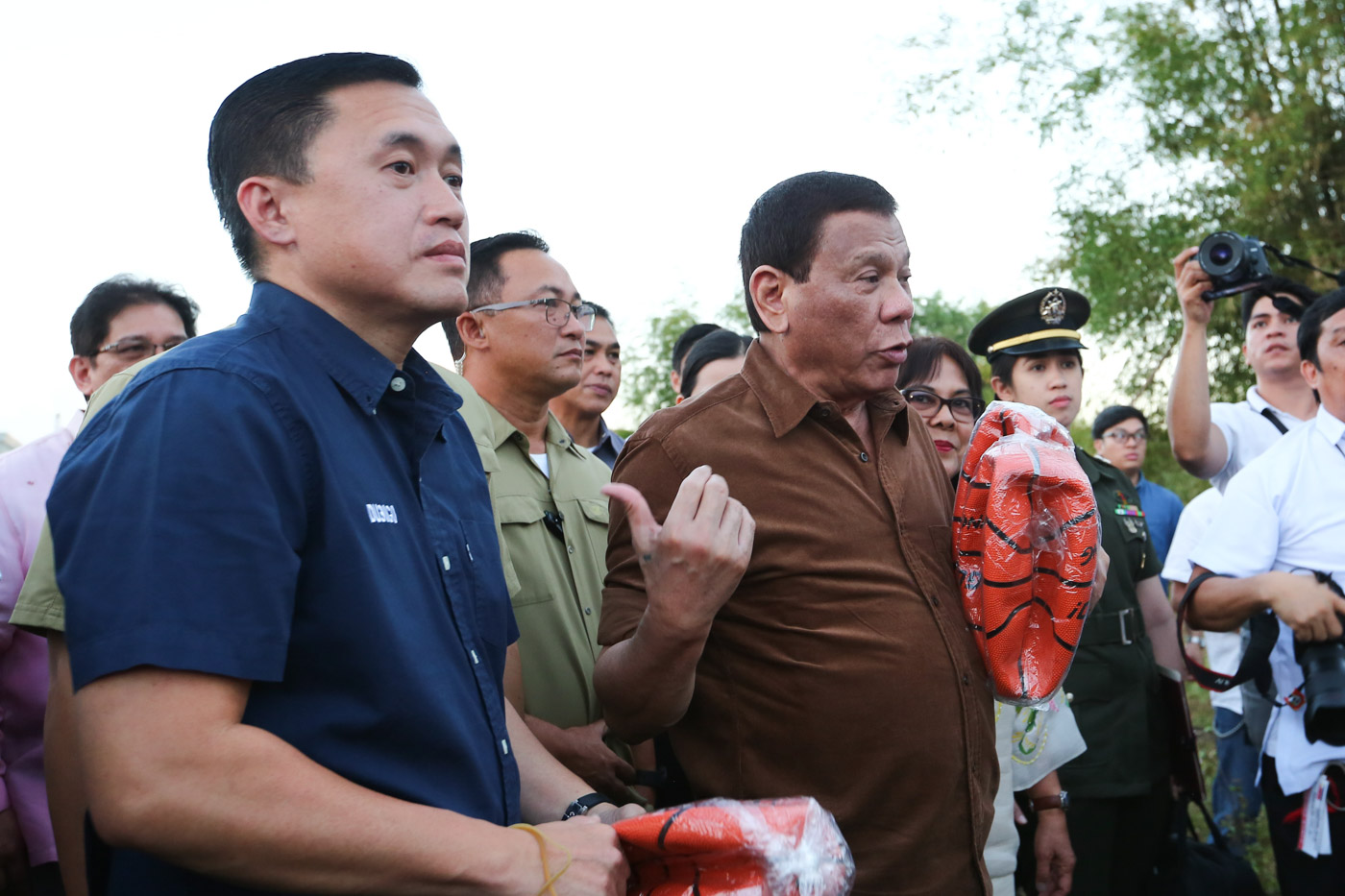 MANILA, Philippines – President Rodrigo Duterte vouched for the honesty of his former aide Bong Go, saying that while Go handled “millions” in funds, he supposedly never took a single cent for himself.

“During my term as mayor at sa ngayon he handled millions of the money. Wala akong nakita na kumuha ‘yan maski piso,” said Duterte on Tuesday, February 26, during a gathering of mayors in Manila.

(During my term as mayor and now, he handled millions of money. I didn’t see him take even one peso.)

Duterte had mentioned Go as part of his now almost regular spiel for promoting his senatorial candidates during public events.

(Ask General Año. I would bring money so I can open it and say this, this, this is for operations, this is for intelligence. Bong would carry it, he’d take it overnight, he’d bring the money.)

Despite being in charge of so much cash, “maski isang centavo, wala akong ano sa kanya (not even one centavo I can hold against him),” said Duterte.

The President had previously described Go as a “billionaire” supposedly due to the wealth of his family.

Go is among the few senatorial race newbies who has broken into the Magic 12 in a recent Pulse Asia senatorial preference survey. He was also the senatorial candidate who spent the most on political ads before the start of the campaign season, according to a report by the Philippine Center for Investigative Journalism. – Rappler.com