Robredo to candidates: Not bad to entertain, but discuss platforms too 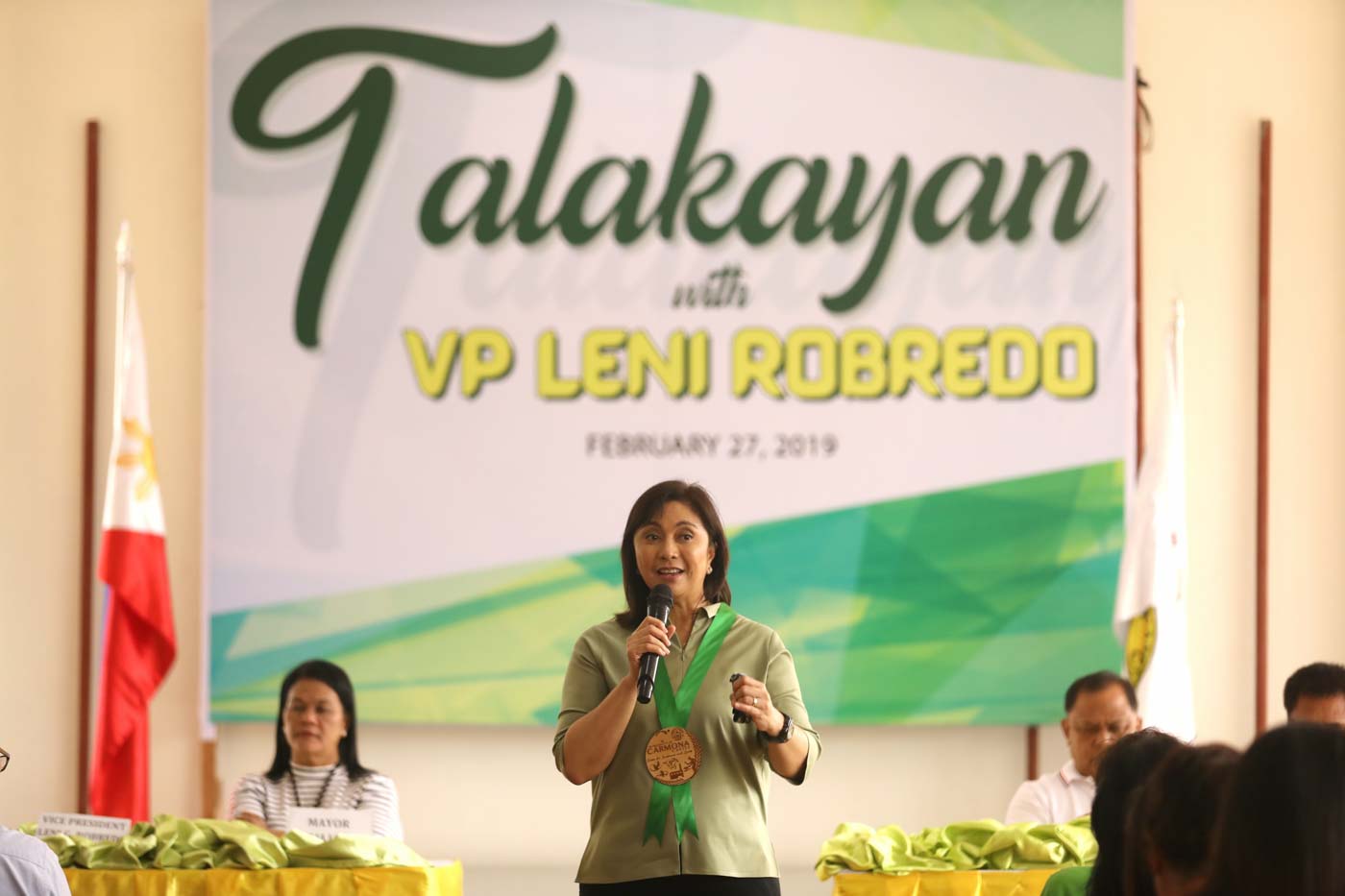 MANILA, Philippines – Vice President Leni Robredo said on Wednesday, February 27, that she sees nothing wrong with candidates entertaining voters, but they should educate them on their platforms too.

(I think it’s not bad to sing and dance. It’s not bad since people get entertained. But it has to go deeper than that. I hope that after the dancing, after the singing, the candidates will discuss where they stand on issues because the people deserve to know that.)

Robredo made the statement in a media interview in Dasmariñas, Cavite, when she was asked about the flak some administration-allied senatorial candidates got after the Philippine Daily Inquirer reported their stand-up comedy and song numbers during a campaign sortie in Cebu City.

During the Cebu event, senatorial candidate Bong Go and actor Philip Salvador poked fun at the latter’s past romance with Kris Aquino, the sister of former president Benigno Aquino III, in a comedy skit during Go’s campaign speech.

The former president is chairman emeritus of the once-ruling Liberal Party,  which Robredo currently chairs.

Reelectionist and returning senators, as well as some new faces from the admnistration slate, have dominated pre-election surveys so far.  Members of the opposition’s Otso Diretso senatorial ticket, which the Vice President is endorsing, have lagged behind in the surveys.

Only former interior chief Mar Roxas and reelectionist Senator Bam Aquino have been making it into the so-called winners’ circle, based on the last round of surveys.

(If we are just going to base our vote on popularity, ultimately our countrymen will get the shorter end of the stick. Because when these candidates get elected, where do they go? This is what we are pursuing – that apart from the personality of every candidate, the voters know their beliefs.)

Some of the opposition bets also performed for the crowds in campaign events.

When Otso Diretso held its grand proclamation rally in Naga, Marawi civic leader and peace advocate Samira Gutoc ended her speech by singing a stanza of “We Are the Champions,” while Magdalo Representative Gary Alejano ended his speech with a short rendition of “Pilipinas Kong Mahal.”

In all cases though, the opposition bets spent less than a minute to perform, and dedicated the rest of their 5- to 10-minute speeches discussing their platforms. – Rappler.com