Lito Lapid tells public: Focus on my experience, not on my education 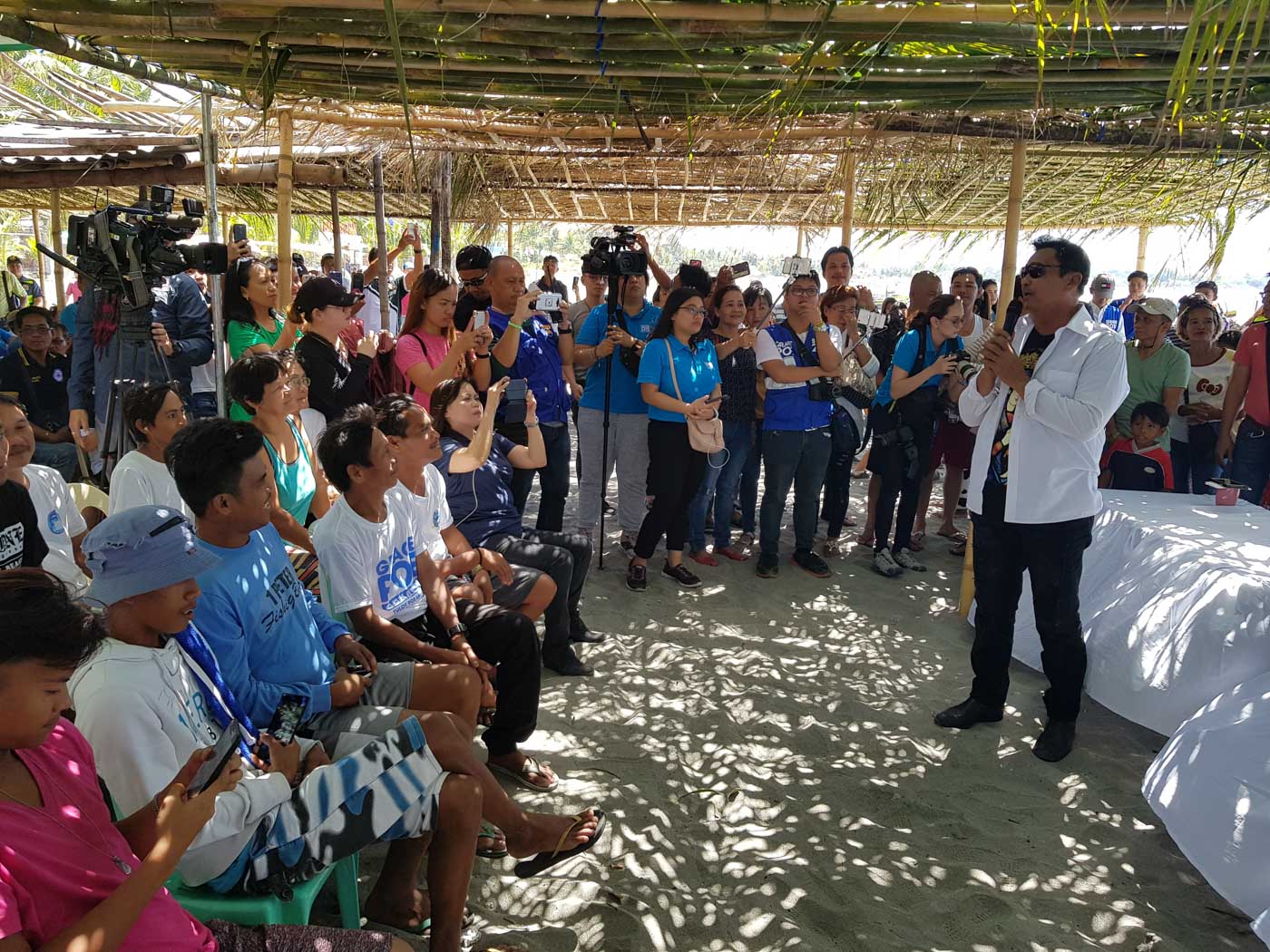 MANILA, Philippines – Senatorial candidate Lito Lapid on Wednesday, February 27, called on the public to focus on his experience in public service, and not on his educational attainment.

Lapid, a high school graduate turned popular movie star, gave this response when asked about his non-participation in debates.

“Hindi na, dalawang beses na akong naging senador, pero ‘di ako sumasali sa mga debate. Alam mo naman palaging tinitira sa akin ang edukasyon (No need, I was a senator twice, but I do not join debates. You know what they always use against me – my education),” Lapid told reporters in an interview in Zambales, where he campaigned with reelectionist Senator Grace Poe.

The former senator said he crafted hundreds of bills during his stint at the Senate.

“Mayroon naman tayong nagawang batas, mahigit na 600 ang panukalang batas natin noong nakaraan na senador ako, No. 6 din naman ako sa pinakamarami (I was able to craft laws, I was able to file 600 bills when I was senator. I was No. 6 in terms of number of bills),” Lapid said.

“Education is important, but like I said, character is more important. The Senate should be a representation of all kinds of people. We cannot limit it to those people who graduated from college or those who are lawyers. What’s important is what you could do to help. That should be the basis,” Poe said in Filipino.

Lapid, a member of the Nationalist People’s Coalition (NPC), ranked 3rd to 6th in the January 2019 Pulse Asia preelection survey. At the time, he was still a mainstay in the popular primetime teleserye Ang Probinsyano.

Poe is also set to be endorsed by the NPC.

In the 14th Congress, Lapid was the main author of the Free Legal Assistance Act, which ensures the poor’s access to free quality legal services. The law was co-authored and defended by Senator Francis Escudero.

The law encourages more lawyers and law firms to provide free services to poor clients by giving them tax credits.

There were, however, some Lapid-authored bills that raised eyebrows. In 2006, he filed a bill seeking to ban the use of “staple wires or any other similar form of metal objects” in food items.

In 2010, he filed a measure seeking to protect kids from the adverse effects of carrying heavy school bags.

Lapid earlier faced a graft case due to the alleged overpriced purchase of fertilizer in 2014, but the Sandiganbayan dismissed it in 2016.

In 2015, or after almost 12 years in the chamber, Lapid admitted he seems out of place in the Senate.

“Hindi naman ako bagay dito. Tsamba-tsamba lang sa Panginoon at sa tulong ng aking mga kababayan (I am not suited here. It was pure luck, thanks to the Lord, and the help of our compatriots),” he earlier said.