Why is Grace Poe not joining debates with senatorial candidates? 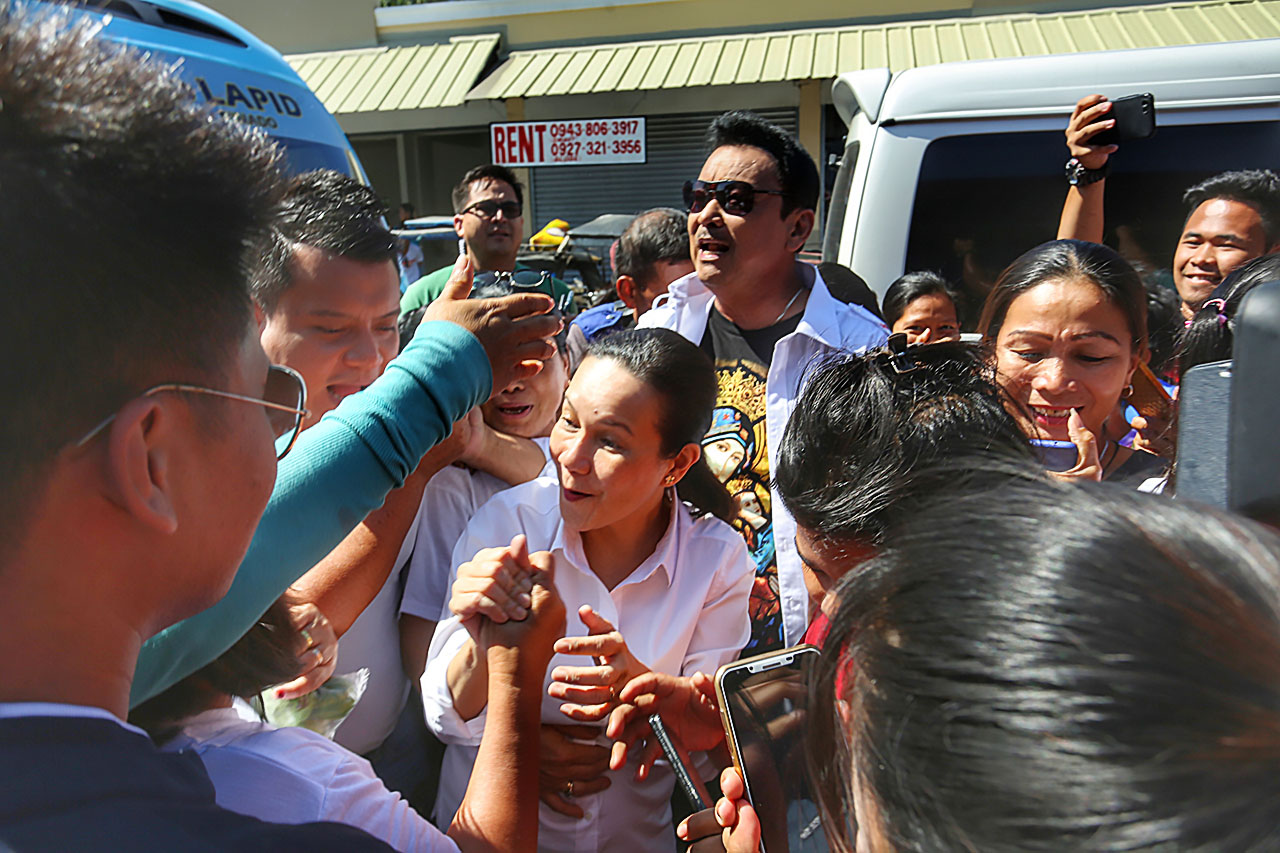 Poe also told voters why she herself would be avoiding face-offs. She would rather directly answer the questions of the people on the ground.

Poe is an independent candidate while Lapid is a member of the Nationalist People’s Coalition. Both are not part of either the administration or opposition slates but are among the candidates endorsed by the NPC.

Poe’s Zambales sorties brought her to a university, a public market, and a coastal village.

She held a dialogue with some 700 students of President Ramon Magsaysay State University in the morning before she and Lapid met with market vendors. They also met with some 300 fishermen in a coastal village here.

Lapid, rarely seen on the campaign trail, said Poe invited him to join Wednesday’s events, owing to their showbusiness ties.

Lapid was part of the cast of the primetime teleserye Ang Probinsyano, which also stars Poe’s mother, Susan Roces. Both Poe and Lapid also cited the ties of their fathers.

(First of all, I am thankful to Senator Grace Poe because she adopted me since I am alone…. Since this is a province, her love – just like in the series, Coco Martin, Susan Roces – we have one heart. Poe and Lapid have always been together. Even before – my father, Fernando Poe Sr, Fernando Poe Jr, and Jess Lapid Sr.

“We know each other. He did a movie with my father, Kalibre .45, one among many. We’re comfortable with each other, and when it comes to the masses, you can see that we have a connection. So it’s important that we are together,” Poe said in Filipino.

Poe said she invited Lapid, whom she called a “genuine person,” because no one had adopted them as candidates.

(Senator Lito is also a sincere person. Whatever he feels, he says it. He is not vocal but he stands by what he believes in. It’’s good that we are together. We are both wearing white because no one adopted us, so we just adopted ourselves.)

It would not be the last time the two Senate bets would be seen together on the campaign trail. They plan to visit other cities and provinces, like Lapid’s hometown of Pampanga.

Poe said they would invite other candidates, such as Sergio Osmeña III and reelectionist Senator Nancy Binay, who are not endorsed by any slate.