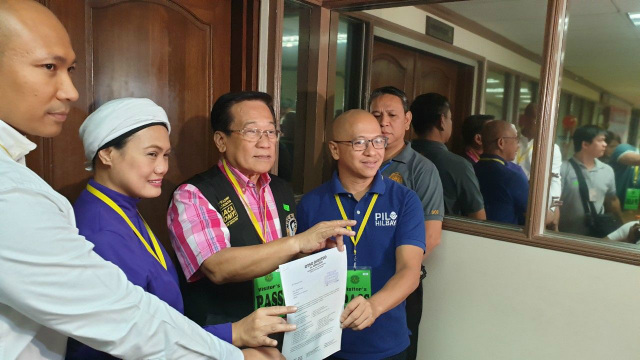 MANILA, Philippines – Opposition senatorial slate Otso Diretso asked the Commission on Elections (Comelec) on Thursday, February 28, to facilitate a debate between them and the Duterte-allied ticket Hugpong ng Pagbabago (HNP).

In a letter to Comelec Chairman Sheriff Abas, Otso Diretso senatorial candidates said their request was in line with the call of HNP chairperson Sara Duterte “to find a third-party organizer for the debate.” Duterte, daughter of President Rodrigo Duterte, is the mayor of the President’s hometown Davao City.

“The debate between the candidates of these two political groups was planned but it appears that the Hugpong ng Pagbabago would not agree unless formal rules or guidelines are set up and an independent body would facilitate or conduct the same,” Otso Diretso wrote.

Otso Diretso said they believe in “the independence and impartiality of the Comelec in the conduct of the elections.”

“We are one with the Comelec in empowering the electorate to make more informed choices,” the opposition slate said.

Otso Diretso listed the following candidates in their list of participants in the proposed debate:

Otso Diretso proposed the following topics for the debate, and said HNP can add their own suggestions as well:

Otso Diretso earlier challenged HNP to a debate in Manila on Monday, February 25, but the administration candidates did not show up. Duterte said HNP is not keen on a “palengke-style” (wet market-style) debate challenge. – Rappler.com