Otso Diretso to Bulacan youth: Will you vote for somebody who lies about college degrees? 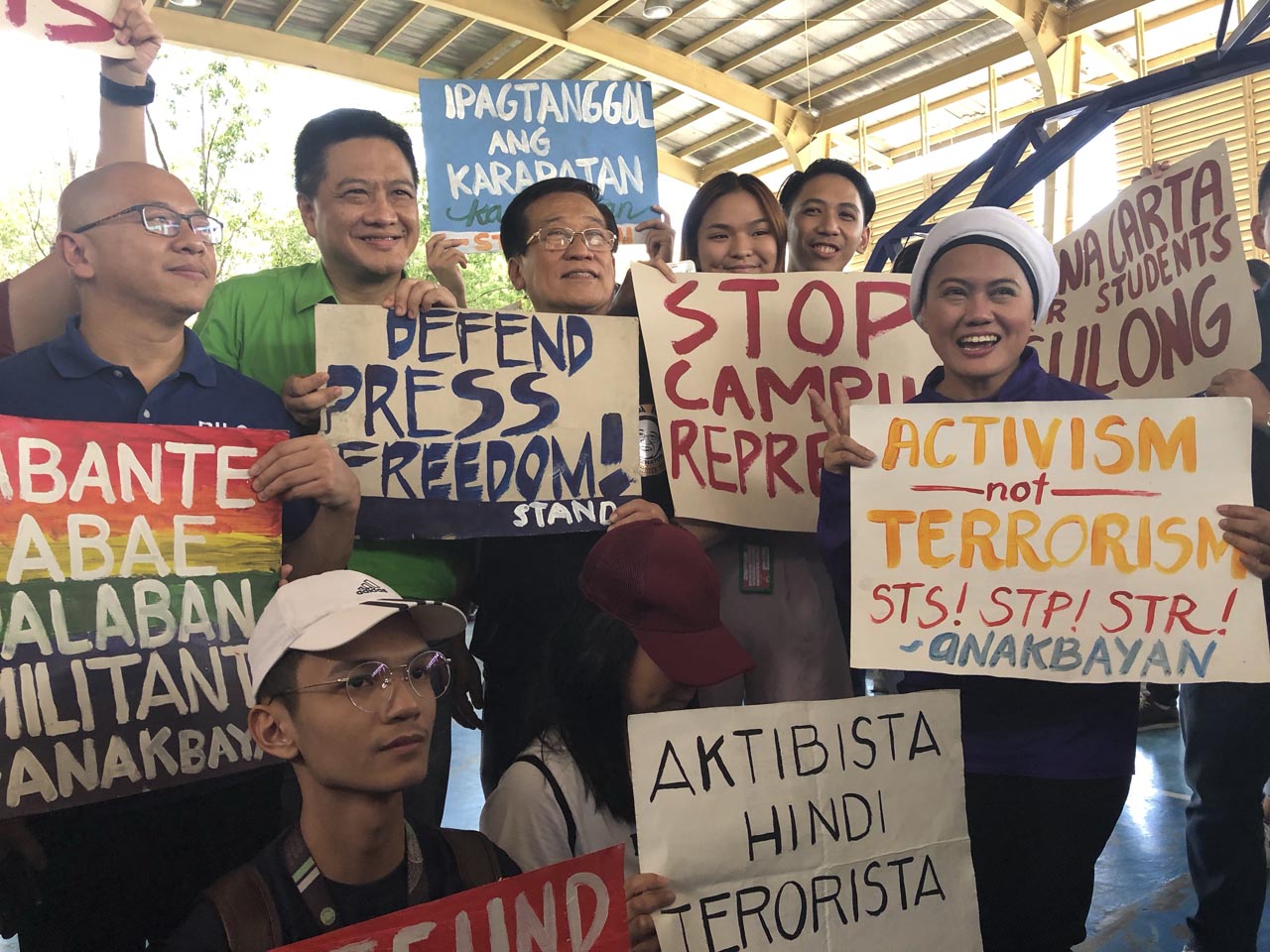 Former solicitor general Florin Hilbay was first to take a swipe against Marcos – although he did not directly name her – in his speech before students of the Bulacan State University on Friday, March 1.

(Someone is running yet lying about her diploma. You and your teachers know just how difficult it is to earn a diploma.)

Veteran election lawyer Romy Macalintal followed suit. He told the college students that because a senator’s term is for 6 years, they must scrutinize the backgrounds of each of the candidates.

He said the students should not entrust their future in the hands of thieves. Then Macalintal took a swipe at Marcos.

(Are you going to entrust your future to people who pretend they graduated from a university? You know how hard it is to study. You are working hard so you can answer your teachers.)

In taking a jab at Marcos, former Quezon congressman Erin Tañada shared that he failed the bar examinations twice before passing it on his 3rd try. It’s a story he has previously shared in other campaign events.

Tañada said the students should vote for candidates who have integrity.

(I am not ashamed to say I took the bar exams thrice before I passed. I don’t know why there is a candidate from the other party who does not want to admit she didn’t finish her degree in Princeton. Integrity is very important.) 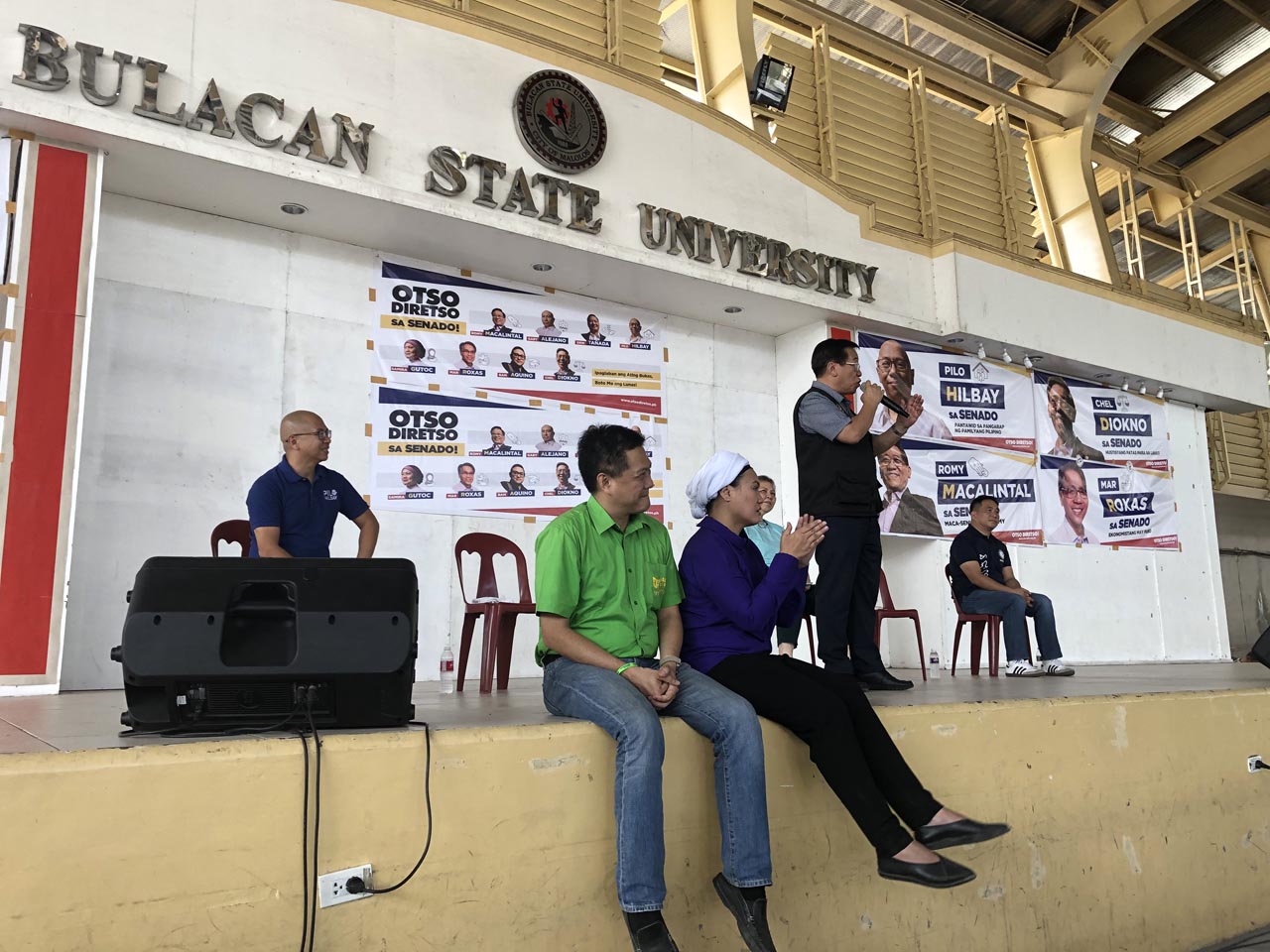 But both schools have debunked Marcos’ claims. While Marcos did attend both UP Law and Princeton, she never completed any degrees there.

UP executive vice president Teodoro Herbosa told Rappler in an e-mail that Marcos has no record of graduation nor honors with the UP Registrar’s office.

Apart from Hilbay, Macalintal, and Tañada, Marawi civic leader Samira Gutoc is also campaigning in Bulacan as of posting time.

Reelectionist Senator Bam Aquino and ex-interior chief Mar Roxas were not present and did not send any representatives.

Bulacan is the country’s 6th most vote-rich province with 1,863,596 registered voters for the May elections. – Rappler.com