Otso Diretso fires back at Duterte: Don’t be onion-skinned 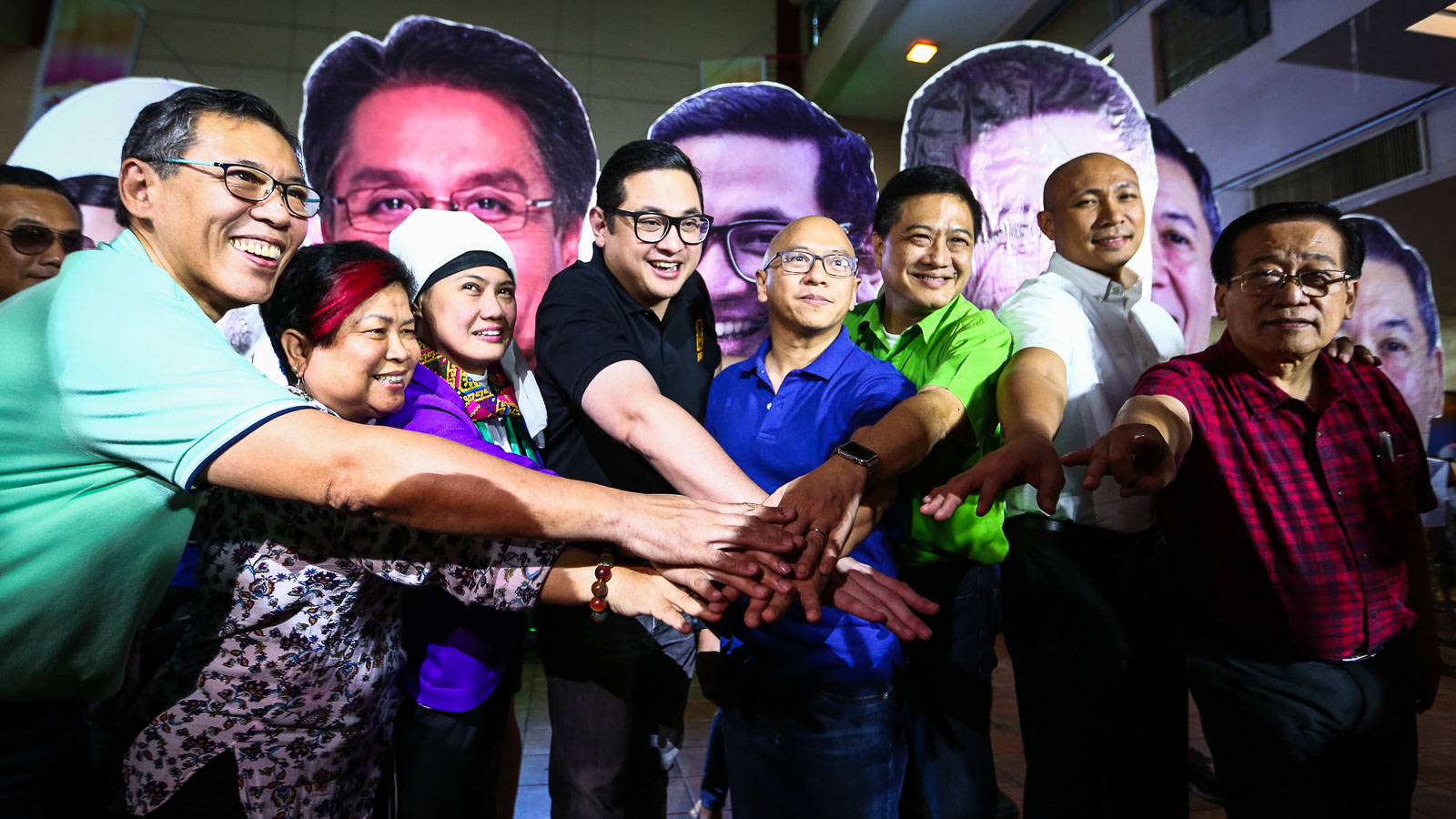 MANILA, Philippines (UPDATED) – Otso Diretso candidates clapped back at President Rodrigo Duterte for insulting them, reminding him it is the opposition’s job to be critical of the administration.

On Monday, March 4, senatorial bet and human rights lawyer Chel Diokno told the President he should not be “onion-skinned.”

(Let us remember what my father said, “Yes-men are not compatible with democracy. We can strengthen our leaders by pointing out what they are doing that is wrong.” It is the job of the opposition to question, criticize, and give alternatives to how the government is running the country. The President should not be onion-skinned – this is the spirit of democracy.)

In rallying support for the administration bets, the President asked the crowd: “Who will you vote instead of that Eight Straight to hell?”

(Mr President, the job of the opposition is to oppose the wrongdoings of this administration. We are in a democracy, not a dictatorship, right? Nothing personal, just work.)

Magdalo Representative Gary Alejano also did not mince words against the President, whom he once tried to impeach.

(The elections in May are not centered on you and your view that a candidate is qualified only if they are silent and would be a puppet just agreeing to what you want. The elections are about the future of Filipinos.)

Former Quezon congressman Erin Tañada urged the Commission on Elections (Comelec) to push through with a senatorial debate so the administration bets can talk about pressing issues.

(Let us do the Comelec-sponsored debate so it’s no longer the President speaking for his candidates. There will be clarity and no more name-calling. We will give candidates the chance to talk about their track record and platform.)

On Sunday, Duterte mentioned specific Otso Diretso candidates in his speech, including resigned Bangsamoro Transition Commission member Samira Gutoc. But the President refrained from saying anything against Gutoc because she is a woman.

Gutoc first thanked Duterte for his “recent show of respect” for her. But she also called on the President to stop the drug war that has killed thousands. (READ: Central Luzon: New killing fields in Duterte’s drug war)

(I appeal to your better senses to stop the “bloodier” drug war for the second half of your presidency. Mr President, I respect your drug war, but we need a drug war against the drug lords and against the sources of drugs. We should work for better enforcement.)

She then sought justice for the victims of the government’s anti-drug campaign.

(And where is the assistance for the victims in shorts and slippers? Where are improvements to hasten the granting of justice in our country? And where is the accountability from those who took part in drug operations that killed the defenseless and the innocent?) – Rappler.com