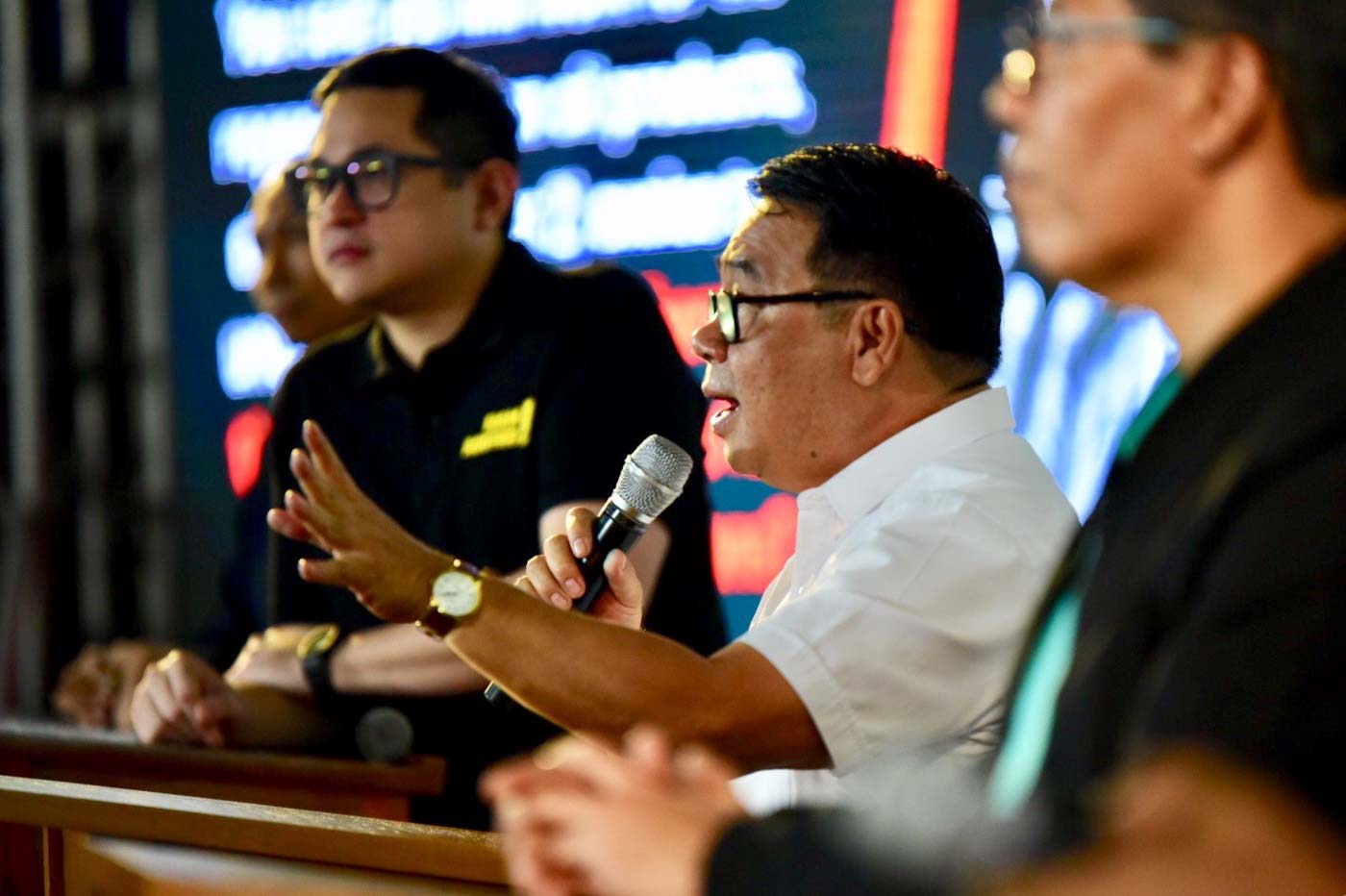 MANILA, Philippines – It is a question asked of all left-leaning candidates in the world: if you cut taxes, where will the government get the money to fund its programs and services?

Leftist candidate Neri Colmenares of the Labor Win and Makabayan slates said on Monday, March 4, that the government can remove “useless” projects from the budget and take the money from them instead.

Colmenares was a 3-termer congressman at the House of Representatives for Bayan Muna.

Colmenares also hit the Bureau of Customs (BOC) and Bureau of Internal Revenue (BIR) for profit loss due to inefficiencies and corruption.

(Why will you invent new taxes when you haven’t collected the old taxes, get rid of the corrupt inside agencies first, and don’t pass the burden on us.)

Colmenares is pushing for the removal of new excise taxes on oil under the tax reform law. His Makabayan bloc has also petitioned the Supreme Court to declare as unconstitutional the  Tax Reform for Acceleration and Inclusion (Train) law for being anti-poor.

The budget department has estimated that additional revenues amounting to P68.6 billion ($1.42 billion) is expected in the first year of implementation of the tax reform law, while the proposed excise tax on oil will reach some P130.5 billion ($2.70 billion) in revenues.

“You don’t have the moral authority to impose these taxes on us because you’re not efficiently collecting taxes at ang dami niyong winawaldas sa inyong mga luho (you’re wasting so much money on your luxuries),” Colmenares said.

Colmenares also hit the practice of discretionary funds, or commonly known as pork barrel, and said that funds should go directly to the people “at hindi na sumabit sa bulsa ng mga pulitiko (and to no longer go through the pockets of politicians.)” – Rappler.com