Mar 5, 2019 4:49 PM PHT
Pia Ranada
Facebook Twitter Copy URL
Copied
The President's daughter says it's possible Go was 'allowed' to insert his T-shirts in the gathering of barangay officials supported by the Department of the Interior and Local Government 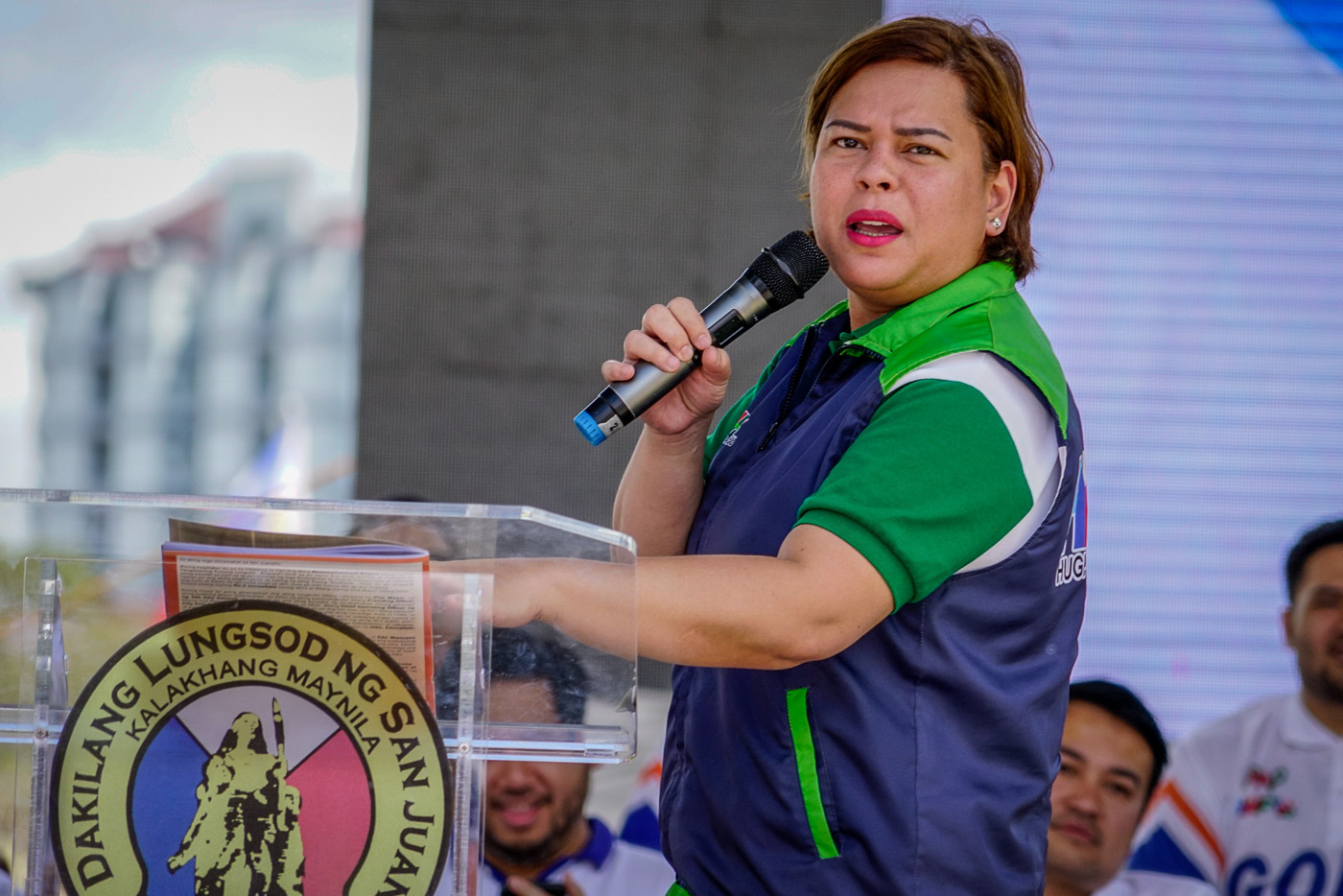 Duterte, on Tuesday, March 5, expressed confidence that Go would not have paid for the T-shirts with government funding.

The Davao City mayor, who included Go in her senatorial slate, said Go should show proof that no such funds were used for the shirts.

“I think it should be answered by the senatorial candidate Bong Go and he should provide details on the paper trail of the expenses for the t-shirts and I’m sure he can provide that,” she told reporters on the sidelines of an HNP campaign rally in Antipolo City.

DILG Secretary Eduardo Año said the release of the campaign t-shirts during the event was not authorized  by his department.

President Rodrigo Duterte himself prohibited the use of government funds in favor of any 2019 candidate.

The younger Duterte also said it’s possible Go was “allowed” to put his T-shirts inside the event kit.

(Probably he was allowed to insert his t-shirt there but as to the source of funds, I can be very sure it was not government.)

Go denied even knowing about the T-shirts inside the kit.

(I have no idea about that, ask the organizers. My plea to everyone is not to use my name without my knowledge and consent.)

Mayor Duterte said Go, with all his years as her father’s aide, would know about the rules prohibiting the use of public funds for a candidate’s campaign.

“Of course, it’s in our law that public funds can’t be used to manufacture campaign materials so we know all that and I’m sure the senatorial candidates know that,” she said. – Rappler.com