Otso Diretso: We campaign to talk about issues, not entertain voters

Mar 6, 2019 3:46 PM PHT
Mara Cepeda
Facebook Twitter Copy URL
Copied
But the opposition senatorial bets say they are not necessarily going on the offensive against administration candidates. Rather, they just want intelligent discourse during the campaign 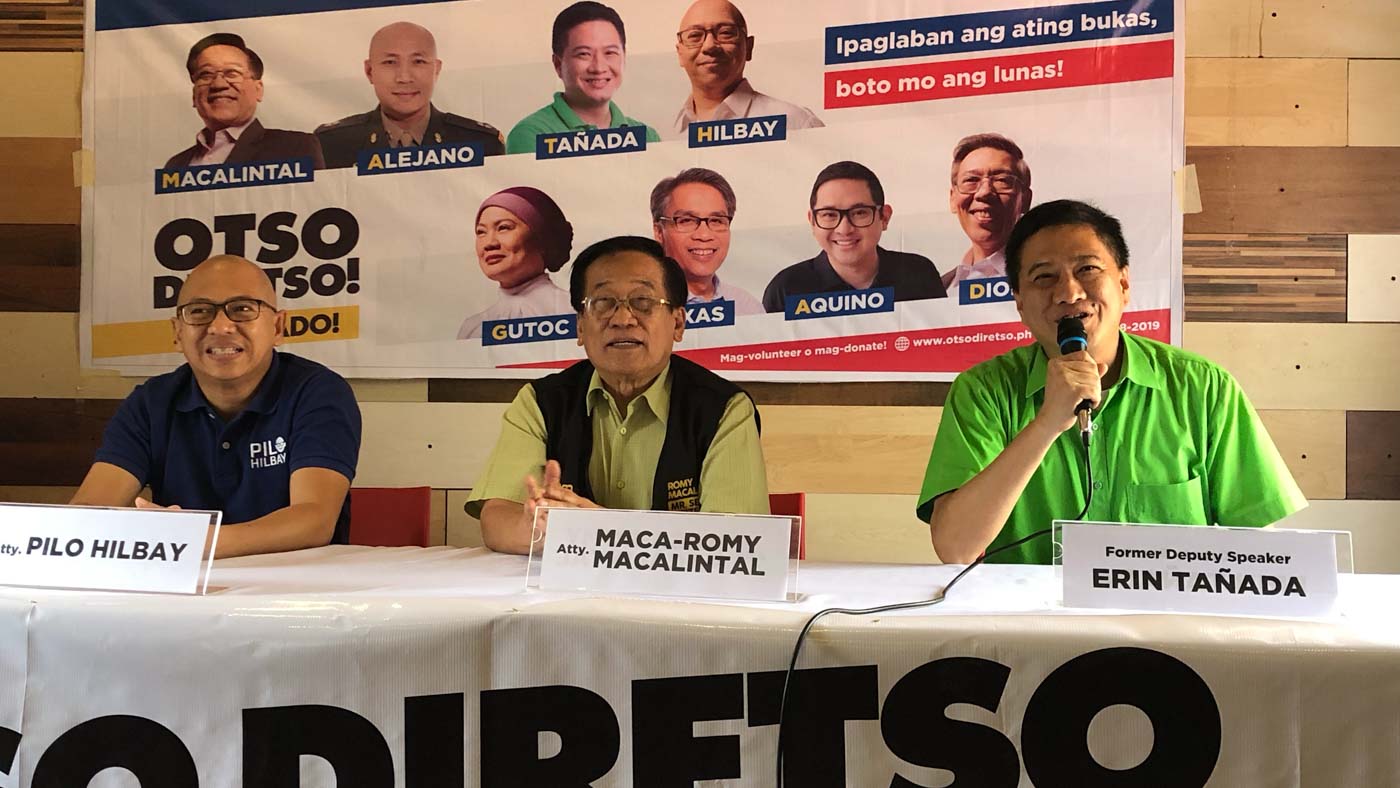 MANILA, Philippines – The Otso Diretso candidates once again took a swipe against the administration’s senatorial bets for refusing to attend debates and public fora to answer key issues in the country.

In a press conference in Marikina City, Otso Diretso senatorial candidate Florin Hilbay said there is a “clear campaign of contrasts” among the opposition lineup and the several administration-allied senatorial tickets this campaign season.

In the past days, Otso Diretso candidates have been slamming specific administration candidates in their speeches and statements, including Ilocos Norte Governor Imee Marcos for lying about earning her degrees and reelectionist Senator Sonny Angara for championing the Tax Reform for Acceleration and Inclusion (TRAIN) law.

In their meeting with their campaign volunteers in Rizal, Otso Diretso candidate Romy Macalintal also criticized Senator Cynthia Villar for pushing for the rice tarrification law and former senator Jinggoy Estrada for counting as a legislative achievement his filing of 600 bills. (READ: NEEDS CONTEXT: Jinggoy Estrada ‘filed 600 bills’ in Senate)

Not attacking the admin bets

But Macalintal and former Quezon congressman Erin Tañada said they are not necessarily going on the offensive against their opponents.

Rather, they only want intelligent discourse during the campaign.

(It’s not that we are going on the offensive but it is what the situation calls for, since there are debates being done by networks, their are invitations to fora. We’re just wondering why they don’t want to appear there. We have met a lot of people who have been asking us, ‘Why not have a debate?’

As an example, the former Quezon congressman said the reelectionist senators who voted for the TRAIN law should explain to the people why they voted for the controversial tax increases.

(This is the question they must face, because a debate will test their character and show a candidate’s position on issues.) – Rappler.com