Mar 6, 2019 4:58 PM PHT
Mara Cepeda
Facebook Twitter Copy URL
Copied
Otso Diretso candidate Erin Tañada says if the poll body does not investigate the issue, it would be like turning a blind eye to a possible violation of campaign rules 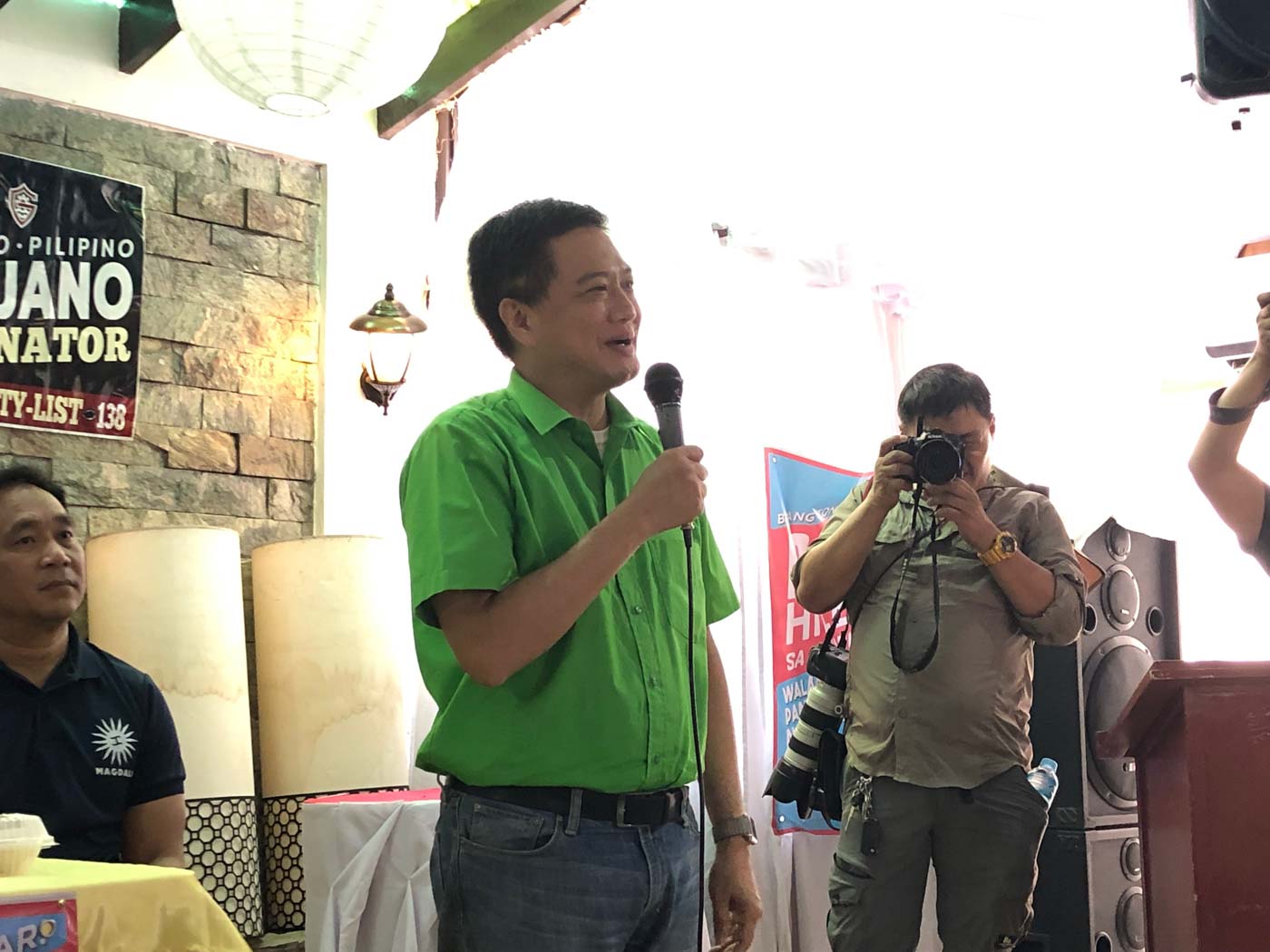 “It’s matter that ought to be formally and publicly investigated by Comelec,” Hilbay said in a press conference on Wenesday, March 6.

On Tuesday, March 5, Magdalo Representative Gary Alejano, an Otso Diretso senatorial candidate, released photos and documents which supposedly showed how local government funds were used to pay for Go’s t-shirts given during a 3-day LnB event held in Manila.

In a text message to Rappler, Comelec spokesperson James Jimenez advised Alejano to file a complaint.

But Tañada said the poll body must launch its own investigation into the matter as well. Otherwise, it would be like turning a blind eye to a possible violation of campaign spending rules, he said.

(It has been days since the event. It’s saddening how we have not yet heard anything regarding Comelec’s next course of action. We can see how the Comelec is turning a blind eye to a glaring violation.)

Interior Secretary Eduardo Año earlier said he issued a memorandum authorizing local officials to spend government funds for their participation in the LnB event. He said, however, that it wasn’t supposed to be spent on campaign materials

Davao City Mayor Sara Duterte Carpio, campaign manager of Hugpong ng Pagbabago that endorses Go, believes Go would not have paid for the shirts with government funds. Sara said Go – who denied even knowing about the shirts – should show proof that no such funds were used.

But Tañada does not buy this.

(We’re not passing judgement on SAP Bong Go or Mayor Inday, but who placed the shirts there and who ordered them to do so? Comelec should sanction them. The DILG should even suspend them because obviously that is partisan politics.) – Rappler.com