CHR: Drug list ahead of polls ‘will only fuel mudslinging, violence’ 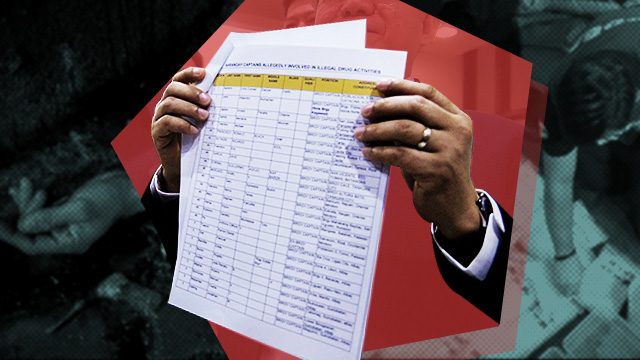 MANILA, Philippines – The Commission on Human Rights (CHR) warned that releasing a list of politicians allegedly involved in illegal drugs ahead of the polls would have dire consequences.

“The timing of the publication, set by Interior Secretary Eduardo Año at the start of the local campaign period for the May 13 elections, will only fuel reckless mudslinging, character assassinations, and violence,” CHR Spokesperson Jacqueline de Guia said in a statement on Thursday, March 7.

“If we can withhold judgment against some candidates still facing plunder cases before the Sandiganbayan, Secretary Año can also respect and follow due process,” she added.

The Department of the Interior and Local Government (DILG) recently announced that it will release a drug list ahead of the 2019 elections. Año said that “when it is released, it is vetted, validated, so it is fair to those involved.”

Malacañang also said those who would be named can just file libel cases, adding that it is the “duty” of the government to warn against supposed narco-politicians.

The CHR, however, stressed that efforts to combat illegal drugs should follow legal and humanitarian standards. (READ: Hate human rights? They protect freedoms you enjoy)

The CHR urged the government to improve the evidence-gathering capability of the Philippine National Police and the Philippine Drug Enforcement Agency. It also called for “more effective legal measures in identifying, arresting, and prosecuting” individuals involved in illegal drugs and their backers.

The ongoing anti-drug campaign of President Rodrigo Duterte has been widely criticized for the high number of deaths. (READ: The Impunity Series)

As of February 2019, more than 5,000 people have been killed in anti-drug police operations. Human rights groups estimate the number to reach more than 20,000, including victims of vigilante killings. (READ: Duterte gov’t allows ‘drug war’ deaths to go unsolved)

United Nations High Commissioner for Human Rights Michelle Bachelet on Wednesday, March 6, said the drug policies of the Philippines “should not be considered a model by any country.” – Rappler.com