At Isabela rally, Bong Go introduces Duterte as ‘one of my campaign managers’ 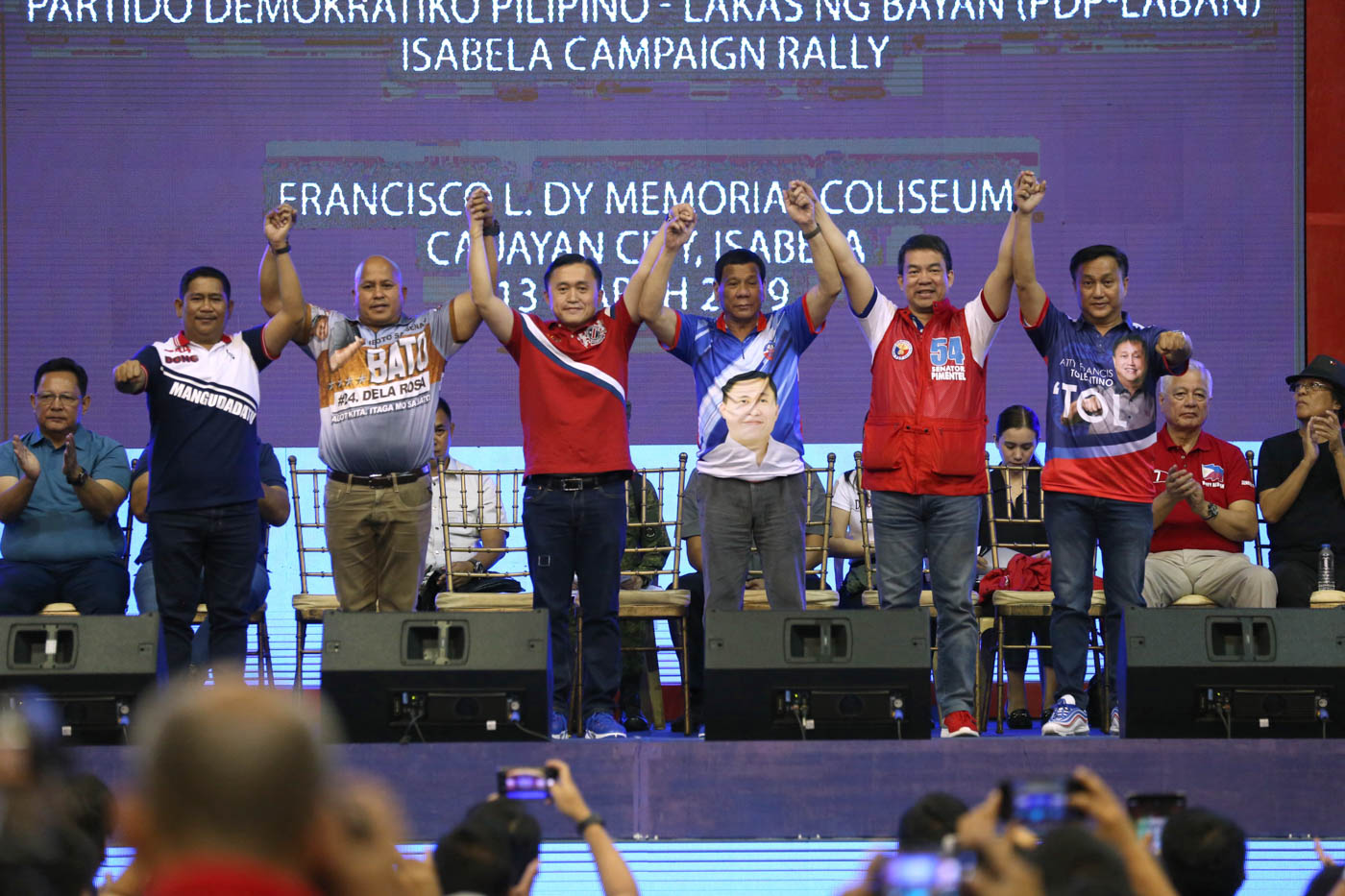 ISABELA, Philippines – Senatorial candidates of the ruling PDP-Laban party did a show of force in Cauayan City here, bringing President Rodrigo Duterte to the province where he lost the 2016 polls to a hometown boy.

Bong Go, his former special assistant who still makes policy announcements on his behalf, introduced the President as “one of my campaign managers” at the campaign rally at the FL Dy Memorial Coliseum on Wednesday night March 13.

“Medyo nagmamadali po ako dahil parating na iyong isang campaign manager ko,” Go said. (I have to finish my speech quickly because one of my campaign managers will be here anytime soon.)

He was the last candidate to speak before Duterte arrived.

The President was wearing a shirt printed with Go’s face and name.

In his speech, Duterte related how he won in the presidential election with little support from local officials.

In 2016, then-vice president Jejomar Binay won with a large margin in Cagayan Valley region, owing to his roots in Cabagan, Isabela. (READ: Despite huge margin, Duterte sweeps only 3 regions)

For the midterm elections, however, Dy promised to deliver votes for the senatorial candidates endorsed by Duterte.

(You can count on us, beloved President, that we, the local officials, will work together to make sure that your endorsed candidates will win in the province Isabela.) – Rappler.com